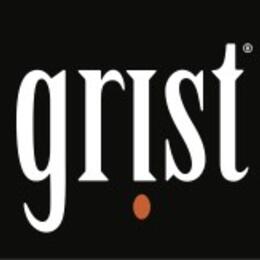 Editor's Note: The following is an excerpt of a longread from Grist on coral reefs and their (human) champions (it is reproduced here with permission). Coral reefs are among the richest ecosystems on Earth—in addition to the wide array of marine life they support, coral reefs provide food for many species of shorebirds, seabirds, and land birds, including Sooty Terns and Black Noddies that breed and nest on islands along the Great Barrier Reef. These critical ecosystems are especially sensitive to climate change-driven variations in ocean temperatures and acidity.

From the boat, there’s nothing remarkable about the place—just choppy water and a white mooring ball, a few miles offshore. But once we’re underwater, I can see the rows and rows of PVC trees, suspended above the sand in a grid that stretches away into the distant murk.

This is a coral nursery. Each tree bears a ripening crop of a hundred or more pieces of coral. The smallest fragments are pinkie-sized, twirling on their tethers as other divers kick by; the largest hang like many-limbed chandeliers, turning slowly in the current. When I get closer, I can see the individual polyps, the anemone-like creatures that make up each fragmented colony. Nestled in the crenellated openings in their solid skeletons, they are waving their fleshy tentacles through the water, feeding.

We are there to tend the trees: Each one needs to be surveyed, scrubbed of algae, and have its biggest corals subdivided into new cuttings. Any coral bleached by high temperatures or damaged by disease needs to be removed to a nearby heap. This is a daunting task considering that the Coral Restoration Foundation (CRF) maintains five coral nurseries with some 40,000 corals growing on trees just like these ones, all along the spattered arc of the Florida Keys.

Exaggerating her gestures, a woman named Patty shows us—a group of long-time volunteers and visiting divers—how to hang new cuttings in place of the corals we cut down. We exhale long streamers of air back toward the surface, and move slowly as we pass the shared pliers around, cutting and crimping monofilament with the slow-motion care of astronauts maneuvering in zero gravity.

I pick up a piece of coral, maybe eight inches long and forked at both ends. It’s a deep amber, except for the bright white tips of its branches. It’s hard to tell how heavy an object is underwater, but this one feels light: A small thing to pin the reef’s future on. I tag it with the name and number of its tree, and drop it into a milk crate with the others we’ve harvested.

I got here with a question: What happens to coral reefs as the ocean warms and acidifies over the coming century? Corals might seem removed from human society, but in fact that not-so-simple question leads to an even scarier follow-up: What happens to us?

Coral reefs are the richest ocean ecosystems we have—they support an estimated 25 percent of marine species. According to a 2014 report from the Food and Agriculture Organization, reefs are responsible for 17 percent of the protein we consume globally; in some coastal or island countries, like Sierra Leone or the Maldives, that number can be as high as 70 percent. Reefs serve as offshore larders, nurseries for important commercial fish (like tuna), and shelter for important ecological species (like sharks). They’re storm breaks for populated shores and bait for tourists whose dollars support entire local economies.

We know that reefs are crucial to the oceans as we know them, and to our societies as we’ve made them—and we know they are in serious trouble. According to one 2000 report, we’ve lost 27 percent of coral worldwide, and stand to lose another 32 percent in the next 30 years.

What we don’t know is if there’s anything we can do about it. Luckily, that won’t stop people from trying: Around the world, a scrappy handful of scientists, entrepreneurs, and volunteers are taking on this colossal problem, one branch at a time.

From regrowing the reefs we’ve already lost to engineering new corals that may be able to survive hotter, more acidic seas, these innovators are fighting everything from nutrient pollution to overfishing to ocean warming itself. If we want to succeed, we might have to learn how to rebuild an entire ecosystem from the bottom up.

Read the rest of the article here.