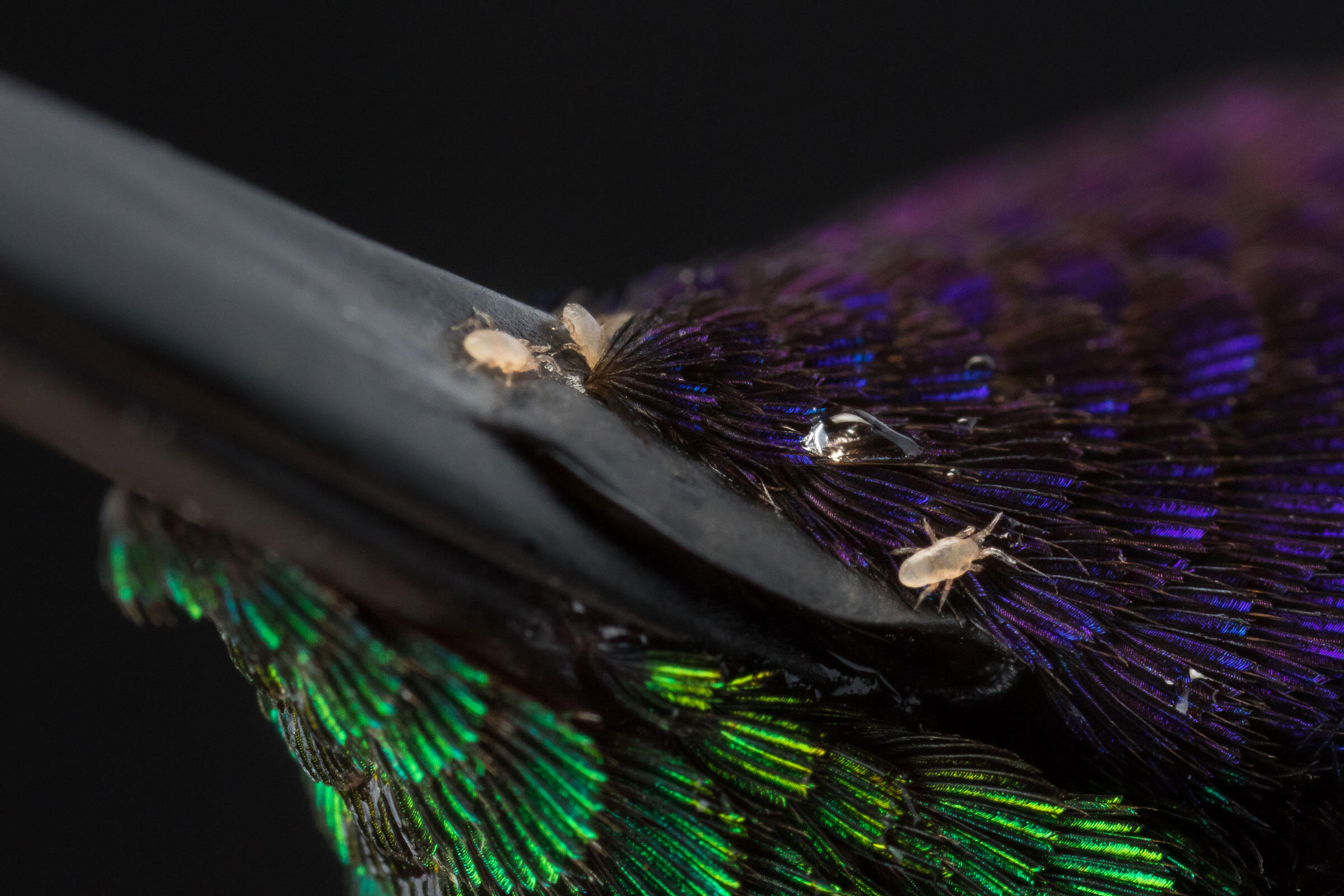 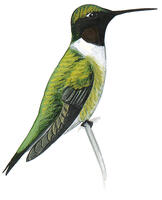 Think your commute’s rough? Just be glad you’re not a hummingbird flower mite.

When their mode of transit arrives, these tiny tropical arachnids—smaller than the period at the end of this sentence—have one or two seconds to board. When they arrive at their destination, they get another instant to disembark, which requires them to run, for their size, faster than a cheetah. Oh, and if they get off at the wrong stop? They’ll probably die alone.

Still, as these photos show, hummingbird flower mites ride in style on some of the flashiest birds in the world. Wildlife researcher and photographer Sean Graesser used a Canon MP-E 65mm 1-5x macro lens to capture the detailed shots of mites on hummingbird beaks in Costa Rica this past winter.

The relationship between the hummingbirds and their eight-legged passengers is a budding research interest for Graesser, who in 2010 co-founded the Nicoya Peninsula Research Station, a volunteer-based facility on Costa Rica’s Pacific Coast. The station’s banding program has highlighted the urgency of protecting tropical habitat by showing that Ruby-throated Hummingbirds and other migratory species return each winter to the same small patch of forest.

Graesser, who also works as a field biologist for Audubon Connecticut, photographs many of the birds he bands, and he believes those images can be just as important as the research itself. “At some point I found that I was seeing all these amazing things that not a lot of people were seeing,” he says. Graesser wanted to share his experiences and his conservation message with a larger audience than he could reach through academic journals, so he turned to social media. There, his superb photos have been proven highly popular: more than 34,000 people follow his bird-focused Instagram account. “I find that compelling images that bring light to scientific projects seem to be much more powerful right now,” he says. 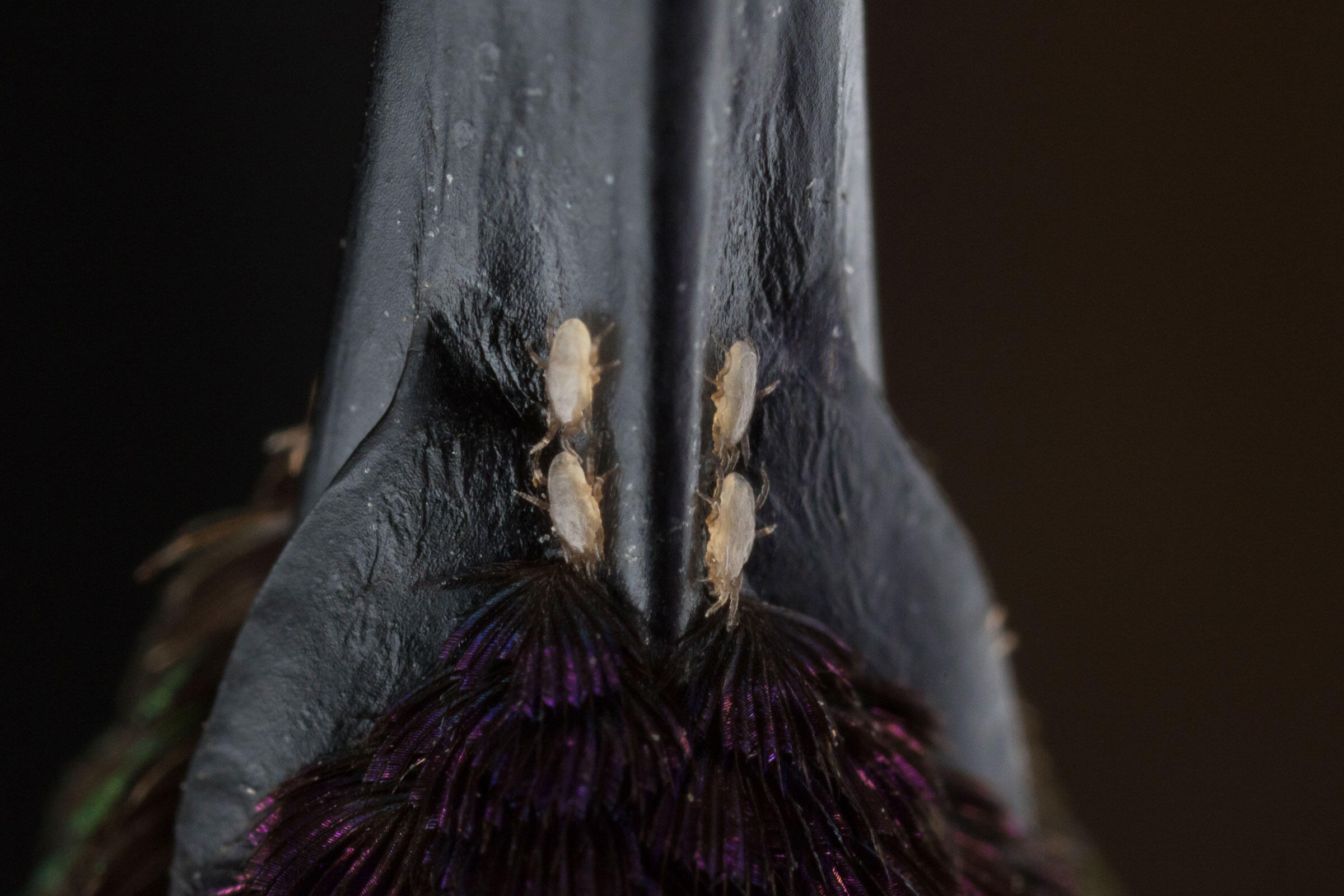 Robert Colwell, an evolutionary ecologist with the University of Colorado Museum of Natural History, doesn’t need any help getting excited about what he calls his “favorite tiny creatures.” He’s published at least 20 scientific papers about hummingbird flower mites since the 1970s, and even has a species named for him. Yet, after a career of looking at mites under a microscope, “I’ve never seen such absolutely stunning, sharp-focused close-ups” as Graesser's photos, Colwell says.

There are perhaps more than a million mite species worldwide, each occupying a narrow niche in its ecosystem. Every flower mite is adapted to munch the pollen and drink the nectar of a single plant species, and there are flower mites that travel from blossom to blossom on birds, bats, bees, and beetles. “Virtually all tropical insects I’ve seen have mites riding on them,” Colwell says. They can walk between flowers on the same plant, but when the local food supply runs low, they need rapid transit to cover what to them are vast distances between plants. Opportunity arrives when a hummingbird pauses to drink from their host flower. The hungry mites scramble up its beak and latch on to its nostrils. “That’s where the olfactory information is,” Colwell says. When they smell their preferred blossom, they sprint down the bird’s beak and dig into the sugary buffet. 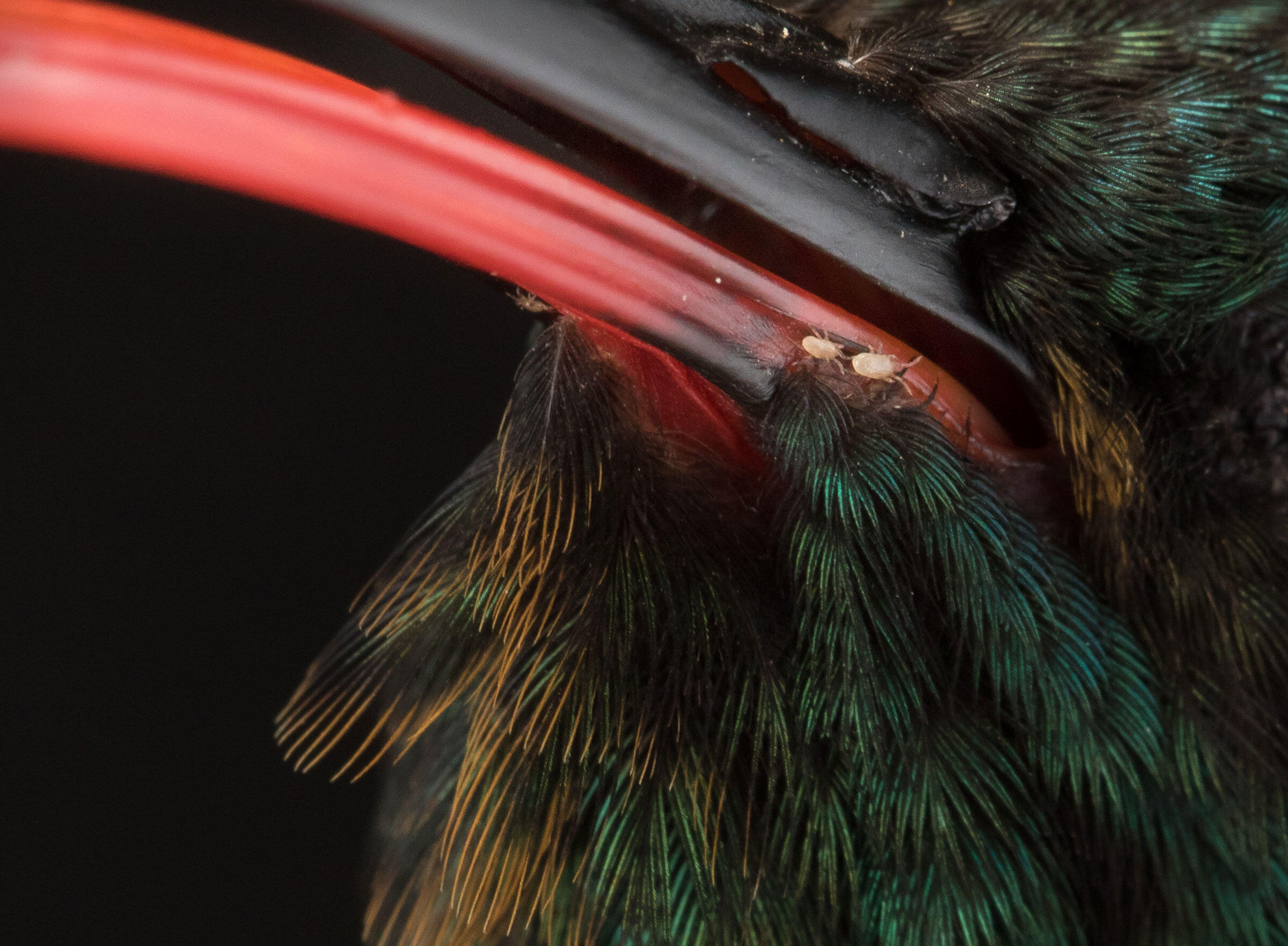 It’s a lousy deal for hummingbirds, who give free rides to their own competition. Mites can eat up to half a flower’s nectar, so the birds have to visit more flowers to fuel up. “A hummingbird is very expensive to fly,” as Colwell puts it—if humans had similar energy needs, we’d have to consume 155,000 calories a day.

While it's a convenient form of travel, the mites’ hitching life isn’t without risk. If they de-bird at the wrong kind of plant, they’re greeted by other mite species that at best find them unattractive and at worst decide to kill them. But Colwell’s research shows that only about one out of every 200 flower mites makes that mistake. Not bad for a bunch of freeloading nostril-clingers.

Bonus: Sean Graesser doesn't just photograph hummingbirds and their puny passengers. Below, check out some of our favorite shots from Graesser's latest trip to Costa Rica. 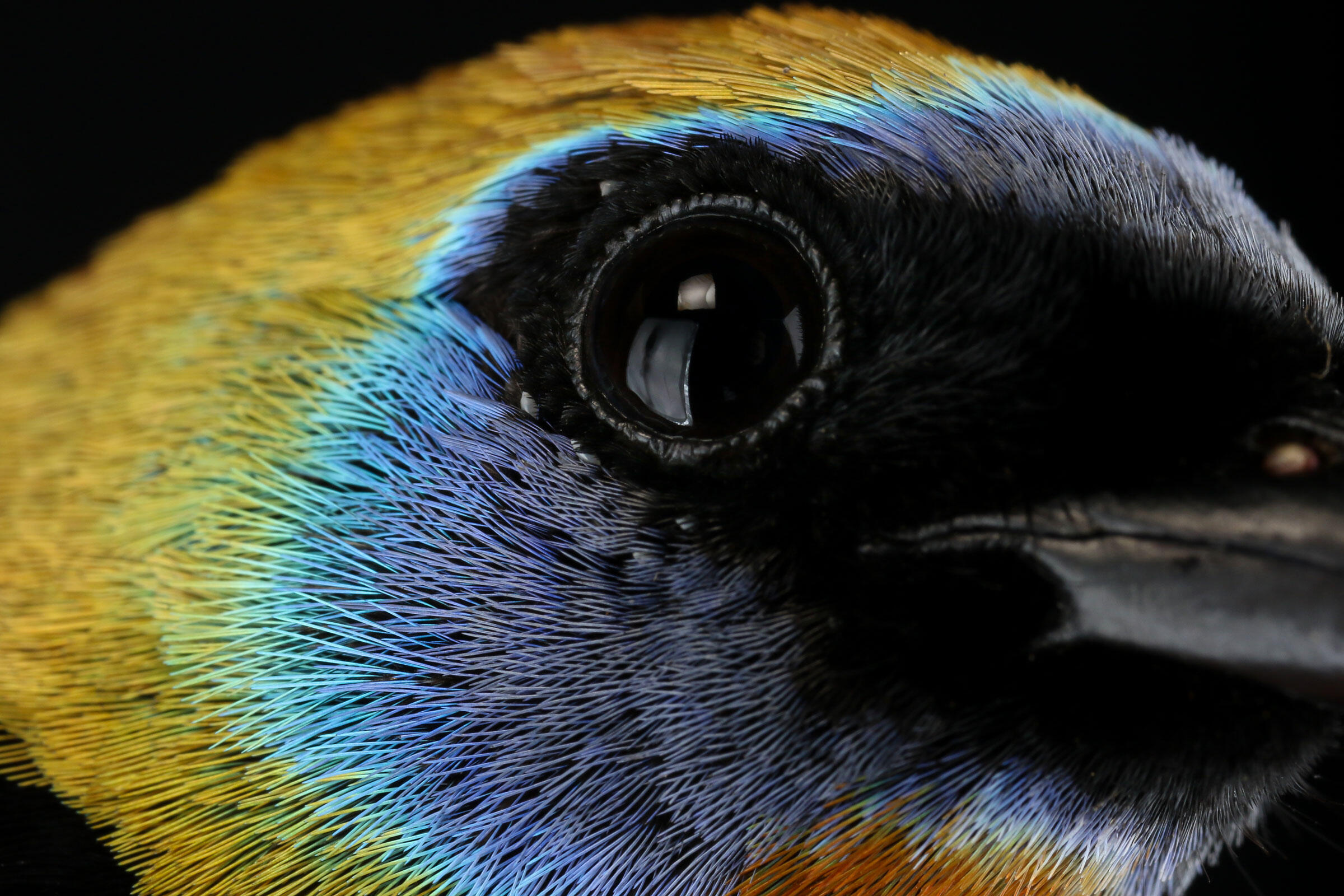 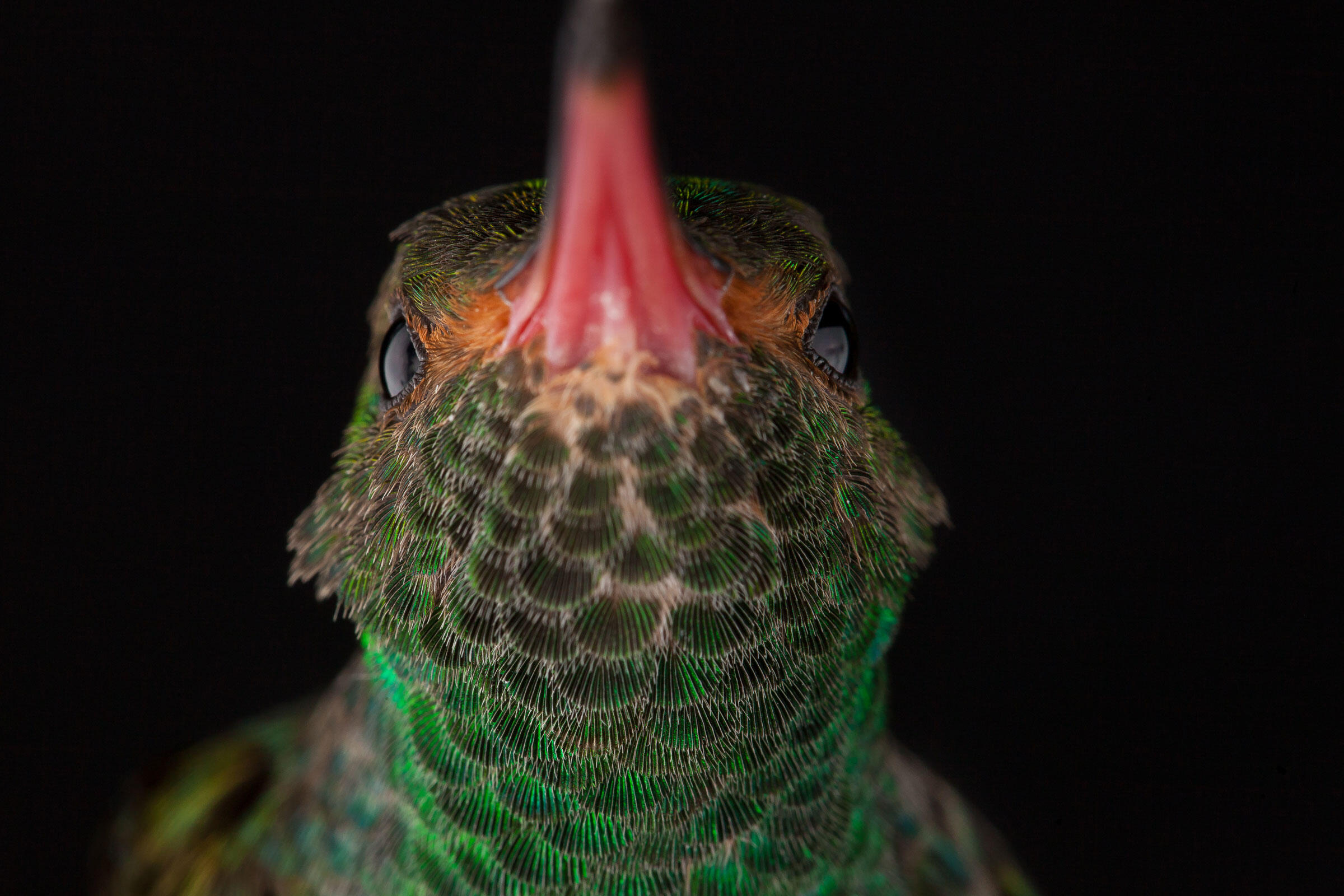 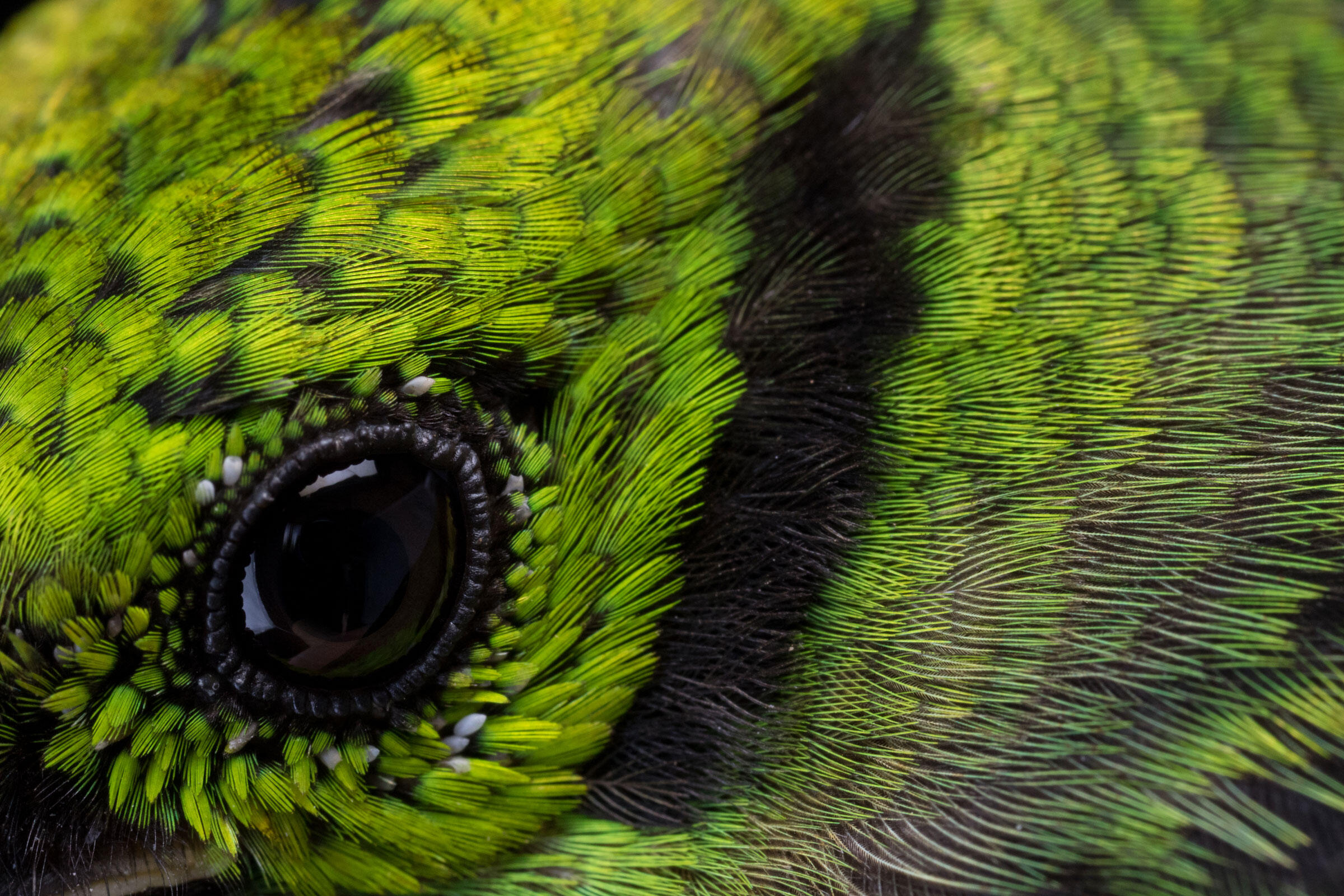 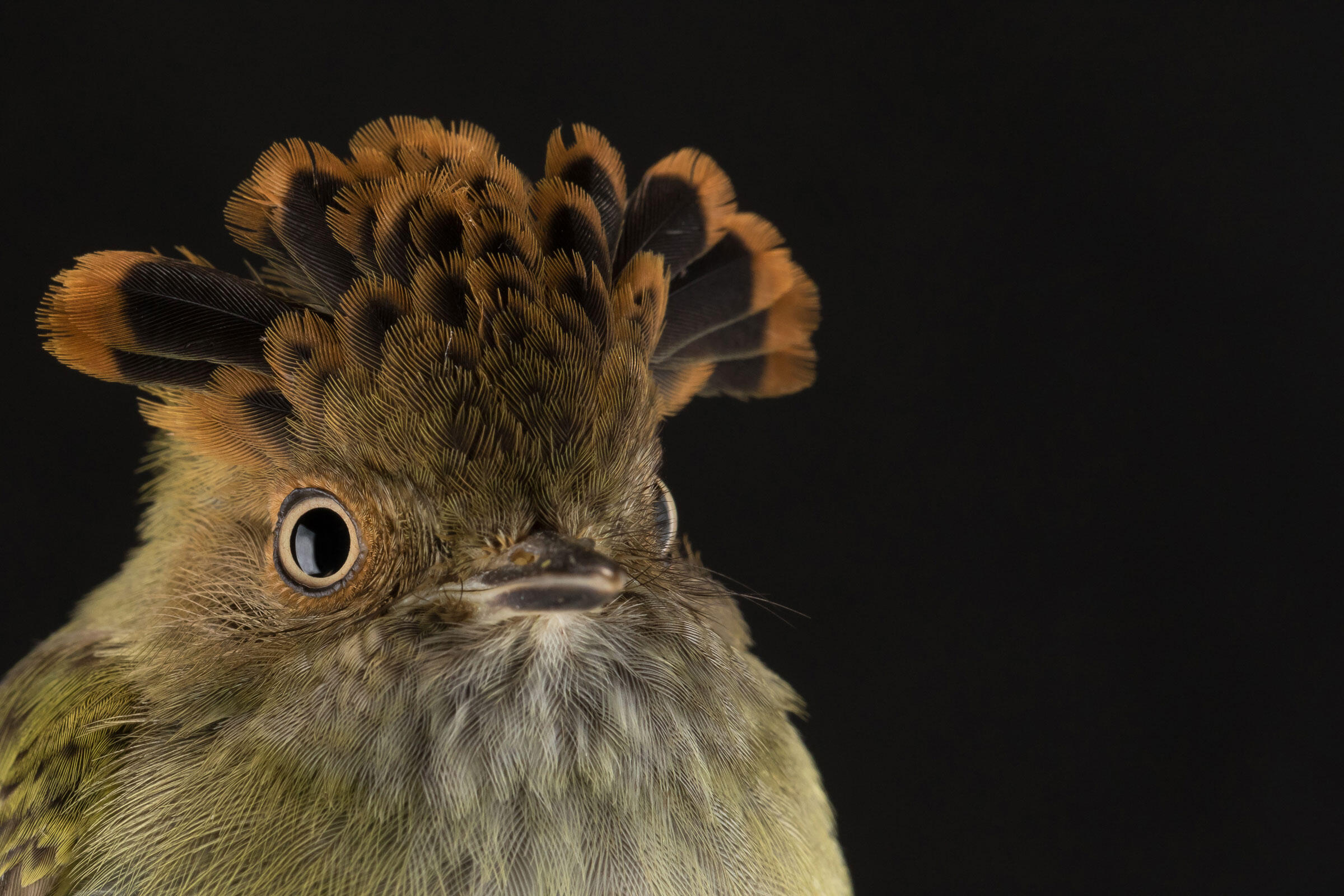 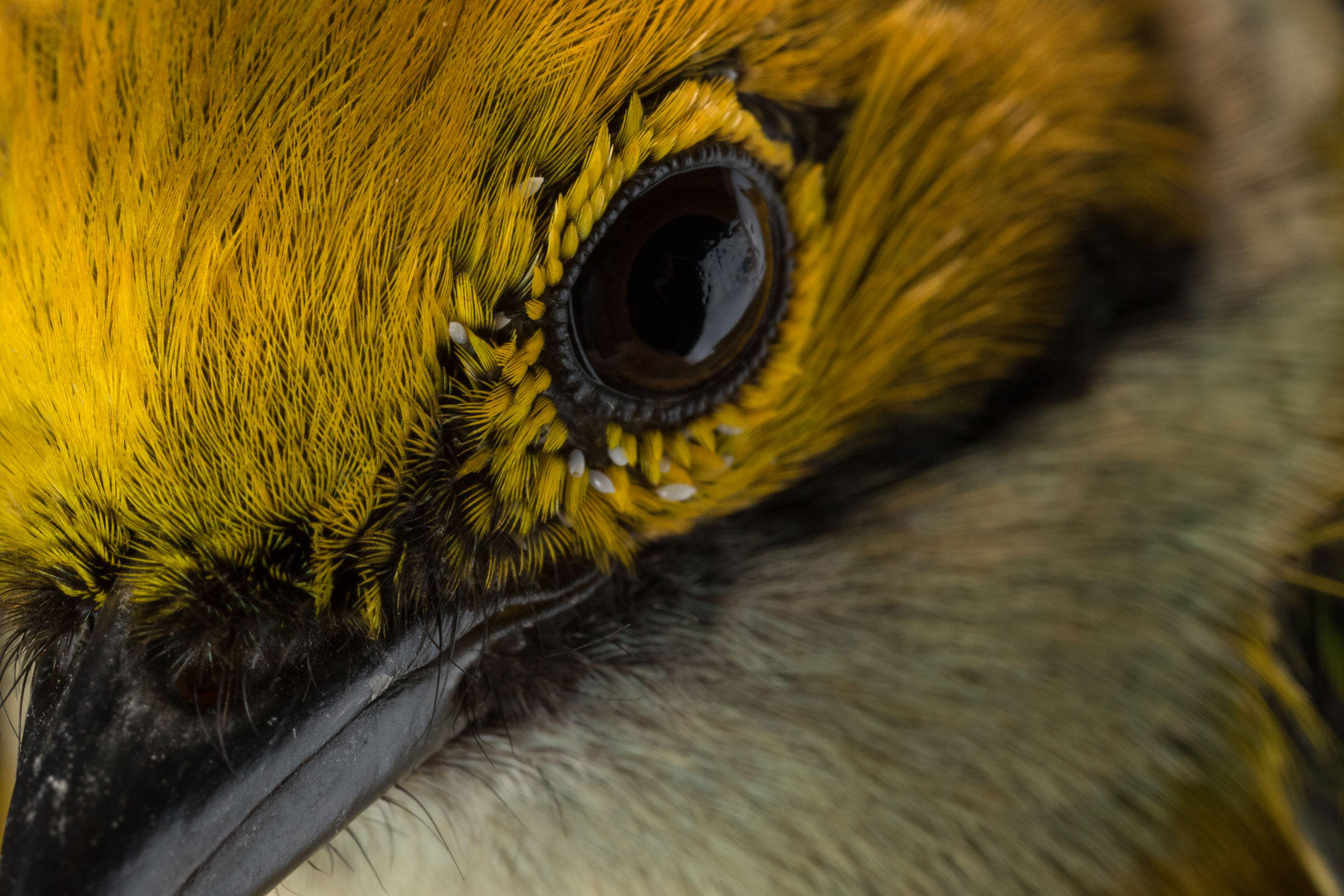 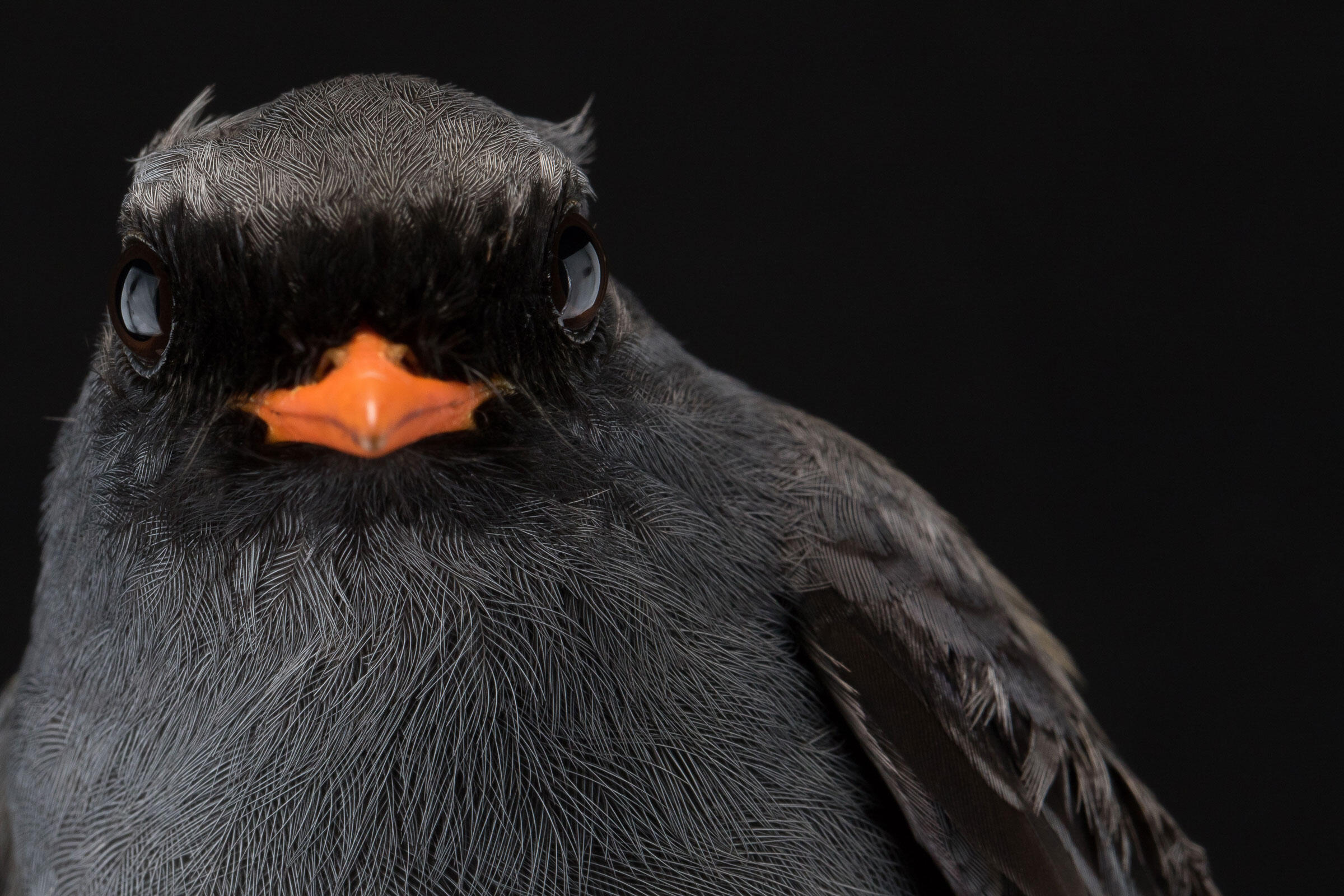 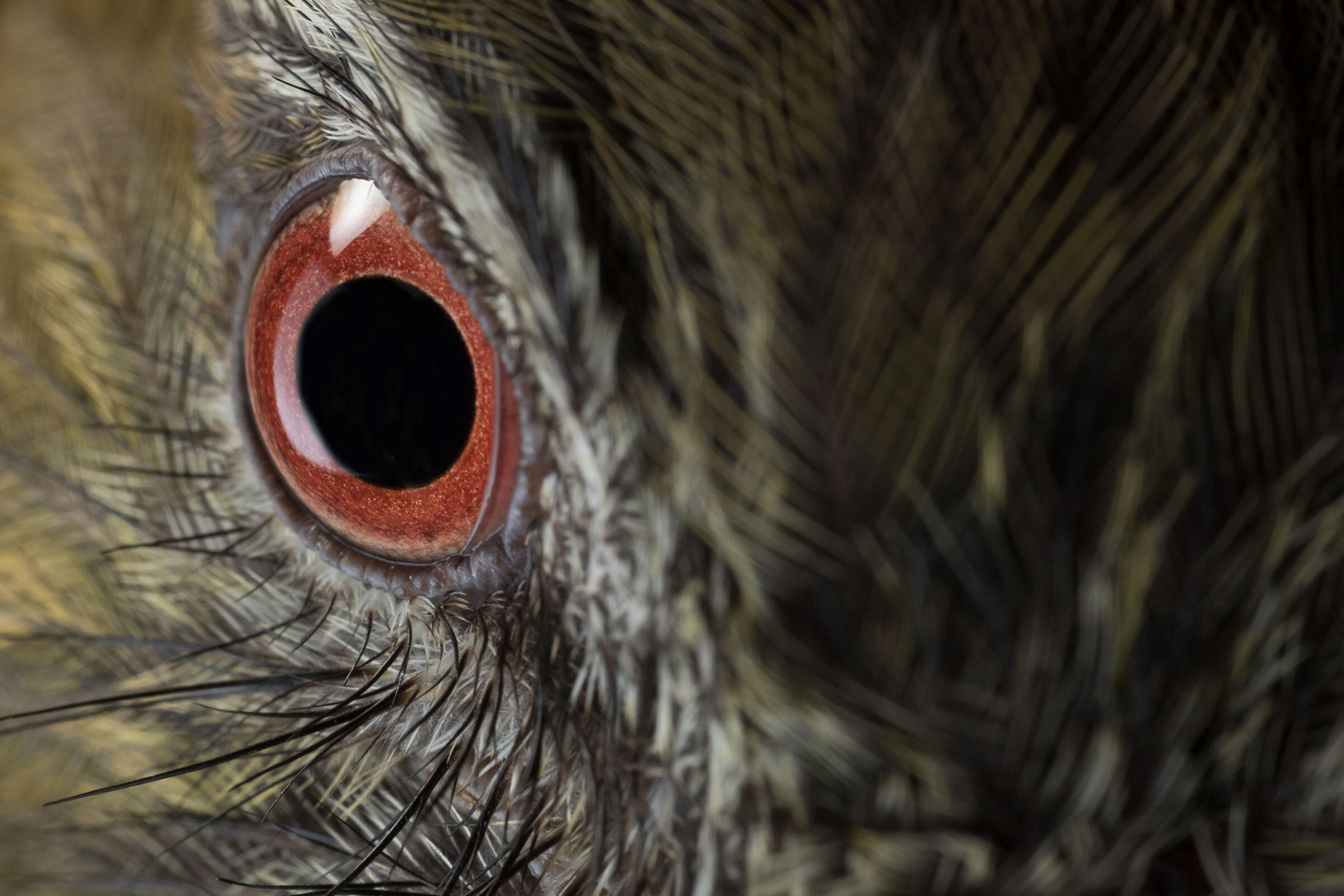 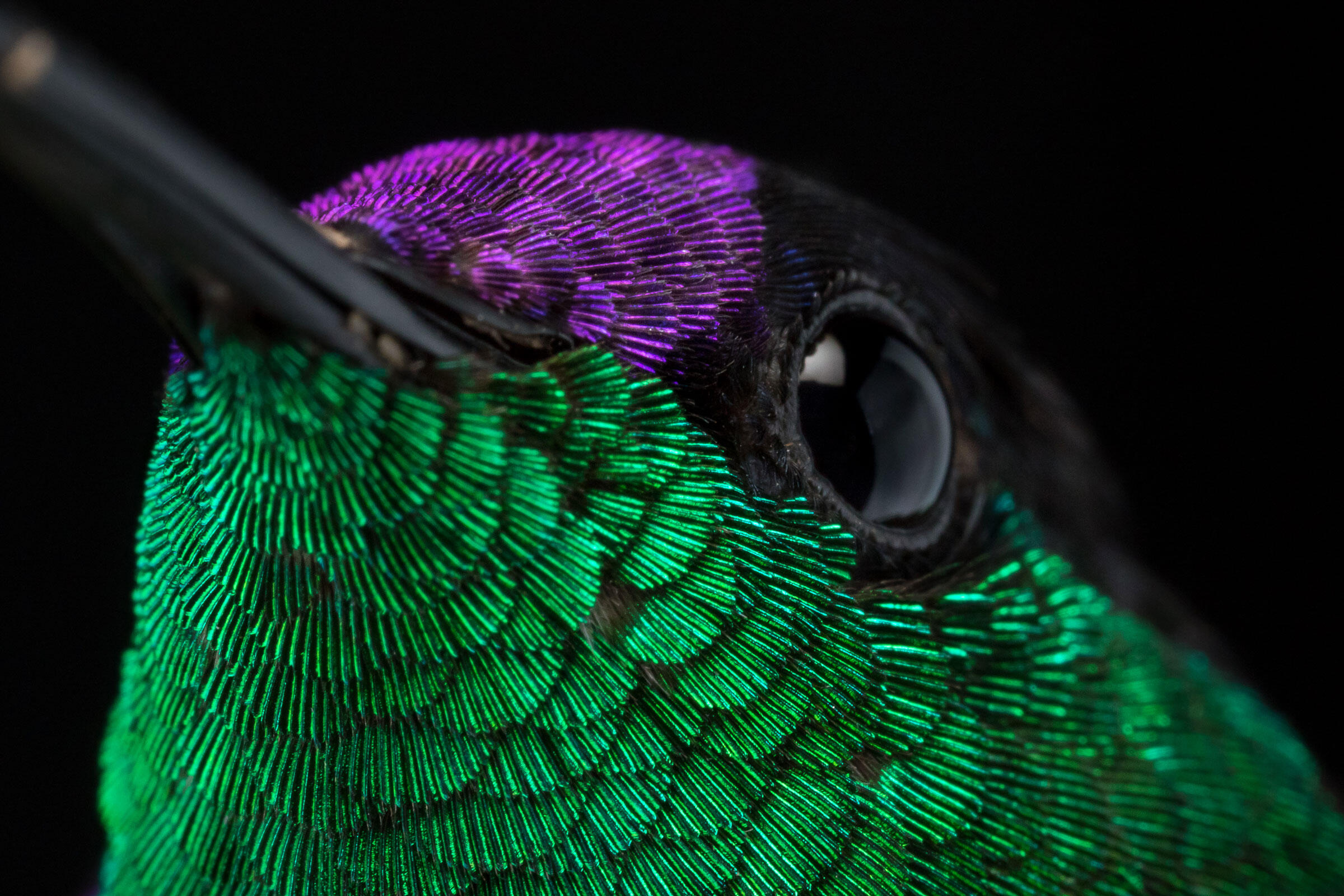