WASHINGTON — Today, as the window for public comment comes to a close, more than 40 thousand Americans, including approximately 15 thousand Audubon members and supporters, urged the Bureau of Land Management not to weaken sage-grouse conservation plans in response to BLM’s proposed changes to land-use regulations in Greater Sage-Grouse habitat. In response to the end of the comment period, the National Audubon Society issued the following statement:

“Time and time again thousands of Americans have spoken up for common-sense sage-grouse conservation plans, and the Department of the Interior would be wise to listen to them,” said Brian Rutledge, director of Audubon’s Sagebrush Ecosystem Initiative.

“Overwhelming majorities of Westerners from all political backgrounds want Interior to honor the deal made in 2015, which is the greatest example of landscape conservation in American history. Federal and state agencies, conservationists, ranchers, energy industry representatives and other private landowners worked together for years to reach a deal that works for sage-grouse, 350 other species of wildlife and Western communities. Out West we know a deal is a deal and any backroom Washington efforts to tip the scales toward a single special interest will undermine a truly historic achievement, and be harmful for our public lands.

“I repeat: Listen to the American people, Secretary Zinke, and avoid snatching defeat from the jaws of victory.”

In 2015, Western states, federal agencies, energy executives, ranchers, sportsmen, scientists and other stakeholders came together to celebrate that collective commitments to sage-grouse conservation were so strong that there was no need for Endangered Species Act (ESA) protections.

By working together, this partnership designed a path forward that provided enough flexibility for all stakeholders to pursue their livelihoods and traditions while also securing enough firm conservation commitments to ensure that sage-grouse remain an important fixture on the West’s sagebrush ecosystem. This important bird is an indicator species for the health of sagebrush country.

More than 350 other species of wildlife, including many other species of birds, depend on a healthy sagebrush ecosystem. For example, Burrowing Owls often make their homes underground in abandoned prairie dog dens. Sage Thrashers can be heard singing atop sagebrush plants during breeding season as can the brightly-colored Western Meadowlark.

To learn more about the unprecedented efforts to protect the Greater Sage-Grouse and the places it calls home, please visit www.audubon.org/sage-grouse.

The National Audubon Society protects birds and the places they need, today and tomorrow.  Audubon works throughout the Americas using, science, advocacy, education and on-the-ground conservation.  State programs, nature centers, chapters, and partners give Audubon an unparalleled wingspan that reaches millions of people each year to inform, inspire, and unite diverse communities in conservation action.  A nonprofit conservation organization since 1905, Audubon believes in a world in which people and wildlife thrive.Learn more at www.audubon.org and @audubonsociety. 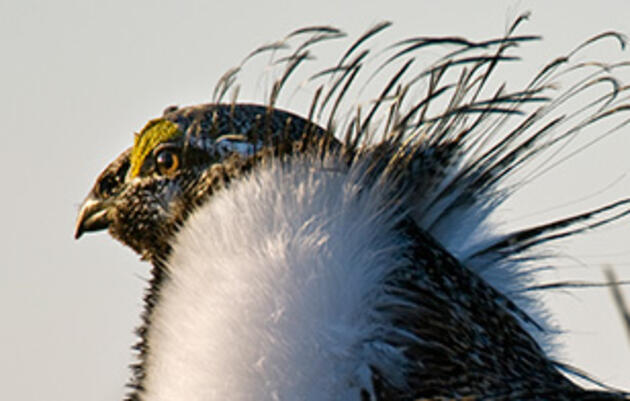 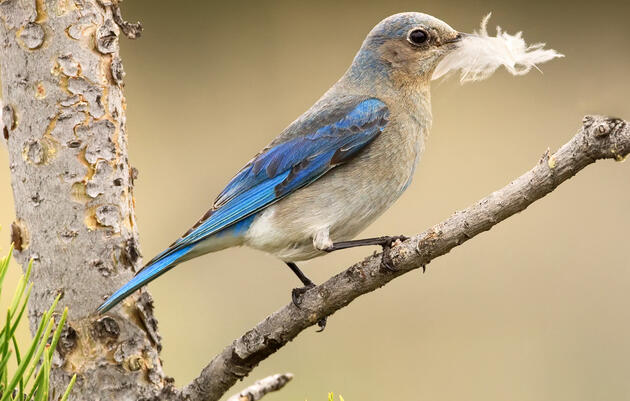 6 Other Birds That Will Benefit From Sagebrush Conservation

As much as we love them, it's not just about the Greater Sage-Grouse.