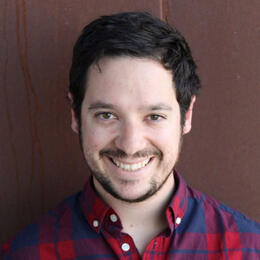 Arizona’s waterways, enjoyed by more than 1.5 million residents each year, contribute $13.5 billion to the state’s economy and support 114,000 jobs, according to a new report released by Audubon Arizona. The study was completed with guidance from business, civic, governmental, outdoor recreation, conservation and tourism representatives and conducted by economics research firm Southwick Associates.

Water-based outdoor recreation as an industry ranks above mining and golf in terms of total economic output to the state. The industry contributes $7.1 billion to Arizona’s GDP, provides $4.5 billion in household income and generates $1.8 billion in tax revenues.

“The rivers, lakes and streams of Arizona are an economic powerhouse for our state—these results prove that,” said Audubon Arizona’s Policy Manager, Haley Paul. “The fate of birds and people are deeply connected. Our waterways need to be protected, not only for the vital bird, fish and wildlife habitat they provide, but also to sustain Arizona’s economy today and into the future.”

“Arizona’s iconic rivers—the Colorado, the San Pedro, the Verde and others—bring in visitors from all over the world who seek the one-of-a-kind recreational opportunities they provide,” said Colleen Floyd, Director of Research for the Arizona Office of Tourism. “This creates significant tourism revenue for our communities and an economic incentive to preserve our waterways.”

The report will serve as a resource for local and state officials to better understand the economic contributions of waterways in their area and how they support their communities.

“We have always known that the Verde River is the economic backbone of the Verde Valley,” said Clarkdale Mayor Doug Von Gausig. “Now we can quantify that the waterways of Yavapai County contribute $1 billion in economic output and support 9,400 jobs and that protecting these special places helps our local economies and communities. I am grateful our community has this data—it will be invaluable to many across the state.”

Water in the arid West allows for large metropolitan areas, millions of acres of agricultural production and myriad industries. What has been less studied is the economic significance of water in rivers, lakes, reservoirs and streams to state and local economies. This report builds off a 2012 analysis conducted by Southwick Associates that examined the economic contribution of outdoor recreation along the Colorado River and its tributaries in Arizona, Colorado, Nevada, New Mexico, Utah, and Wyoming.

“Many visitors come to Yuma for the unique birding opportunities, water sports, and to picnic along the Colorado River,” said Lowell Perry, Executive Director of the Yuma Crossing National Heritage Area. “The community’s efforts to embrace the river are paying off. The rivers of Yuma County generate $372 million annually and support upwards of 3,000 jobs for the state. It is gratifying to see how the waterways of Yuma County contribute to the overall statewide picture.”