This staccato call tells us there’s a Yellow-billed Cuckoo nearby. One of two species of cuckoos in the woodlands of North America, the Yellow-billed lives in broadleaf forests throughout the East and riparian stands in the Southwest. They were common breeding birds in the Pacific Northwest as late as the 1920s, but then they disappeared. Ornithologists still don’t know why.

The Black-billed Cuckoo is a more northerly species that lives in dense woodland, even conifer forests.

Cuckoos perch quietly and scan their surroundings for food. Hairy tent caterpillars, shunned by most birds, are often on their meal ticket. So, if you have an infestation of tent caterpillars, you might see one of these slender brown and white birds with long, white-spotted tails.

The cuckoo plucks a caterpillar from its tent and manipulates it back and forth in its bill, taking off many of the bothersome hairs. But some of them remain, and cuckoo stomachs are sometimes lined with these hairs. When the hairs are dense enough to prevent digestion, the entire stomach lining is cast off and regurgitated. Nature finds surprising ways to deal with problems! 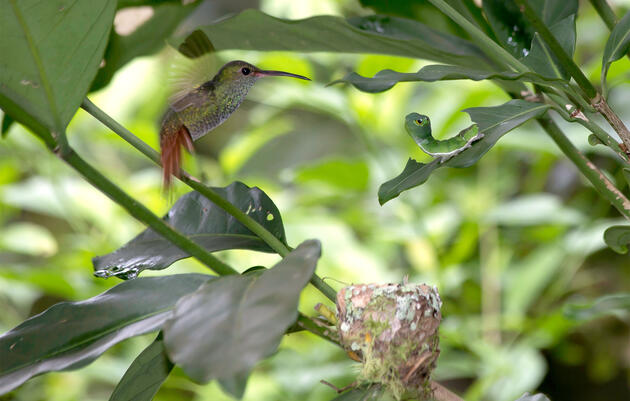 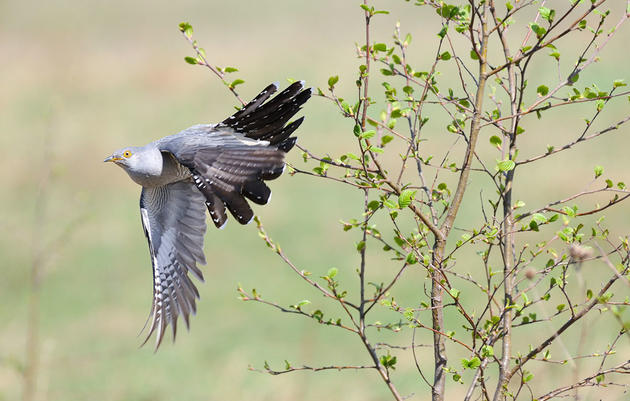 Could Alaska's Songbirds Defend Themselves If Cuckoos Invade?

Using 3D-printed "cuckoo" eggs, researchers found that native birds will be in big trouble if the foreign nest parasites ever colonize. 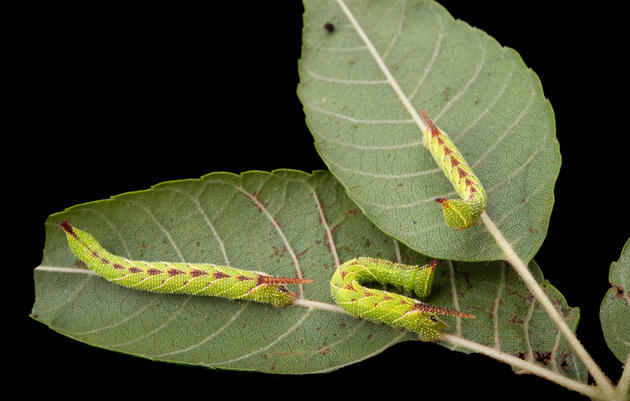 This Caterpillar Mimics Bird Alarm Calls to Scare Away Predators

When attacked, the North American walnut sphinx lets out a full-body scream that can reach up to 80 decibels in volume.