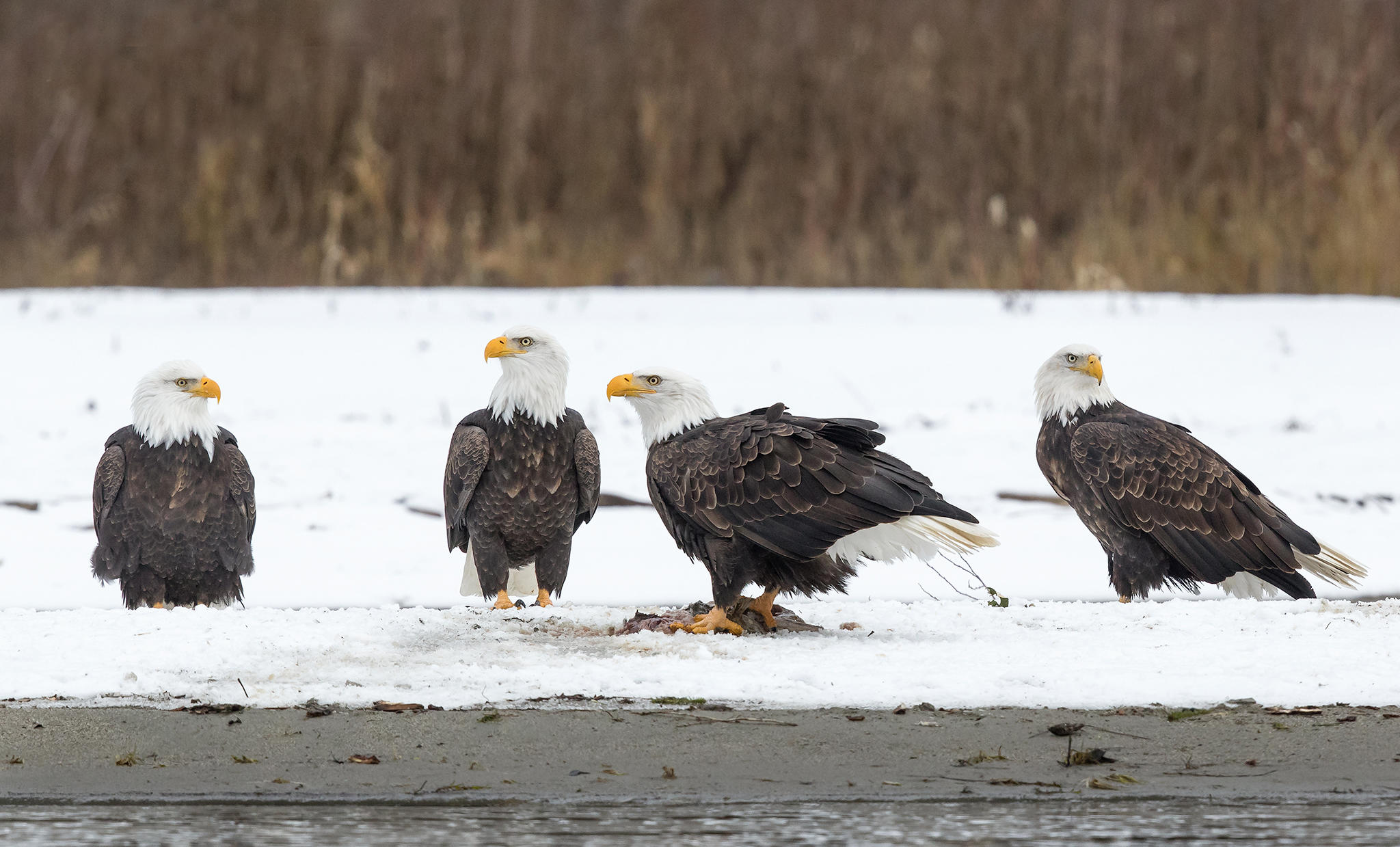 The Migratory Bird Treaty Act (MBTA), signed into law in 1918, is among the oldest wildlife protection laws on the books. Its creation was one of the National Audubon Society’s first major victories, and in the years since its enactment, the MBTA has saved millions, if not billions, of birds.

But despite its importance in the history of the conservation movement, many people may not really know what the MBTA is, what it protects, and what kinds of activities fall under the law. Read on to find out more about the MBTA, why it's at risk right now, and how Audubon is working to protect this most vital of environmental laws.

What is the Migratory Bird Treaty Act?

Stated most simply, the MBTA is a law that protects birds from people. When Congress passed the MBTA in 1918, it codified a treaty already signed with Canada (then part of Great Britain) in response to the extinction or near-extinction of a number of bird species, many of which were hunted either for sport or for their feathers. According to the USFWS: “The MBTA provides that it is unlawful to pursue, hunt, take, capture, kill, possess, sell, purchase, barter, import, export, or transport any migratory bird, or any part, nest, or egg or any such bird, unless authorized under a permit issued by the Secretary of the Interior. Some regulatory exceptions apply. Take is defined in regulations as: ‘pursue, hunt, shoot, wound, kill, trap, capture, or collect, or attempt to pursue, hunt, shoot, wound, kill, trap, capture, or collect.’ ”

Since its passage, the MBTA has broadened its international scope (via treaties with Mexico, Japan, and Russia) and has protected additional species (adding eagles, hawks, and other birds in 1972, for example). In 1962 it was updated to address how Native American tribes can collect feathers from protected birds for religious ceremonies (a practice otherwise banned by the MBTA). For a full history of how the MBTA has evolved over time, see our timeline.

What birds has the treaty already helped?

The most obvious success story is the Snowy Egret, which was hunted almost to extinction for its delicate feathers before early conservationists like the Audubon Society, along with the federal government, stepped in to stop the slaughter. The MBTA is credited with saving numerous other species from extinction, including the Wood Duck and Sandhill Crane. It continues to protect nearly all native birds in the U.S, covering more than 1,000 species.

Here’s a full list of the species protected under the treaty.

Why are we talking about the MBTA now?

The century-old MBTA tries to keep birds as safe as possible. But many of the problems birds face today—oil pits and spills, high-tension power lines, communications towers, and the like—are (relatively) new. Birds can die when they land on an uncovered oil waste pit that appears to be typical pond, or run into an unseen power line. These kinds of deaths are called "incidental takes," that is, deaths that occur due to activities that are otherwise lawful.

To limit incidental take, a number of companies, including in the oil and electric utility sectors, working with conservation groups and wildlife agencies, have already developed and often implemented best practices to protect birds, much of which are simple and cheap. Learn more about how companies can reduce bird deaths thanks to existing technology.

When companies have failed to adopt these common sense practices and their activities have led to bird deaths, the MBTA provides a critical tool for accountability through enforcement of the law by issuing penalties in egregious cases, as well as a key incentive to implement these practices in the first place.

A new interpretation of the law by the Trump administration will no longer hold industries accountable for “incidental” bird deaths under the law. This legal opinion prevents enforcement of all incidental take, removing incentives for companies to adopt practices that protect birds from threats such as oil waste pits. It also eliminates penalties for companies that kill substantial numbers of birds, including from large oil spills.

Under this policy, only purposeful takes—say, shooting a Red-Tailed Hawk or stealing an egg—would be prosecuted under the law. Imagine this: BP would not have been liable for killing more than 1 million birds during the Deepwater Horizon disaster, if this policy were in effect at that time. As a result of the MBTA, over $64 million of BP settlement funds have been paid out to help birds impacted by the spill, including protecting or restoring more than 350,000 acres benefitting birds and people.

Audubon vigorously opposes this revision to the MBTA.

How many birds are at risk?

According to studies, power lines kill up to 64 million birds a year. Communications towers are estimated to kill up to 7 million birds per year, and uncovered oil waste pits account for up to another 500,000 to 1 million bird deaths every year. Data on wind turbines are harder to come by, but current estimates are approximately 234,000 bird deaths a year.