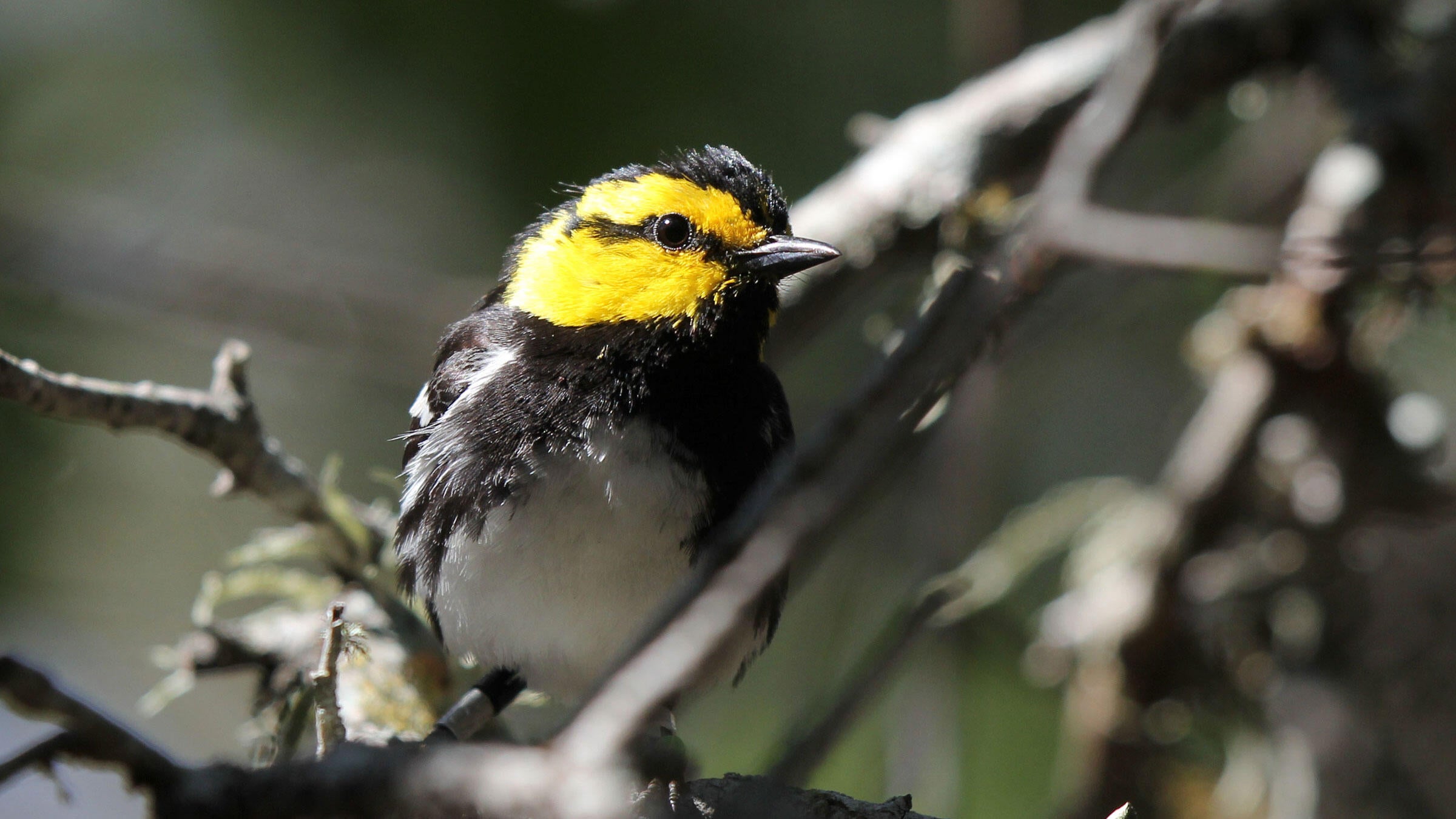 Relying on contested research and armed with a beguiling video ad campaign, the Texas Public Policy Foundation is back with a lawsuit. 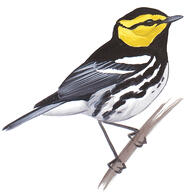 By now, no one should be surprised that the latest assault on U.S. environmental policy comes with a deceptive ad campaign. Such is the state of our politics, after all.

On Monday, the Texas Public Policy Foundation filed a lawsuit against the U.S. Fish and Wildlife Service (USFWS), arguing that the Golden-cheeked Warbler should be removed from the endangered species list. Also on Monday, the nonprofit (whose self-described mission is “to promote and defend liberty, personal responsibility, and free enterprise in Texas”) released a two-minute advertisement to support the lawsuit, featuring a man and his son working a Texas ranch—an effort to mythologize the American Dream as “living a life that’s independent of others” and, crucially, free of federal agencies trying to protect songbirds. Specifically, the Golden-cheeked Warbler.

The lawsuit and the video both require scrutiny, but first, some background is important here: Golden-cheeked Warblers breed only in Texas Hill Country, where they use the shedding bark of mature Ashe juniper trees to build their nests. In 1948, Texas began clearing juniper trees for pasture and, by the 1970s, an estimated 50 percent of all juniper habitat had been destroyed. As the city of Austin expanded into Travis County in the late 1980s, city officials discovered that hundreds of acres of the densest remaining juniper and oak forest had been cleared illegally to make way for housing developments and pasture—and it was clear that the city couldn't stop this activity without help. In 1990, USFWS listed the species as endangered under an emergency rule due to imminent destruction of its habitat; the final rule was posted by the end of the year.

The listing makes developing or otherwise adversely affecting warbler habitat a violation of the ESA, even if it’s on privately owned land, a restriction that has helped slow the species' decline. Still, it’s estimated that 1.5 million acres—nearly a third of the Golden-cheeked Warbler’s home range—disappeared between 1999 and 2011, along with one-quarter of the remaining Golden-cheeked Warblers. But this same restriction has also made the bird an enemy of developers, and to some a symbol of government overreach. In 2015, a group of developers, including the Texas Public Policy Foundation, filed a de-listing petition with USFWS, arguing that the warbler population has recovered and the species should be removed from the endangered species list. USFWS declined the petition last year.

But perhaps those developers see an opening now that a new administration that appears less inclined toward environmental protection is in charge of USFWS. Enter the overwrought “American values” ad campaign (reminder: environmental protection is an American value) and lawsuit. The new lawsuit alleges that USFWS violated the ESA by refusing to de-list the Golden-cheeked Warbler last year. It also alleges USFWS violations of the ESA by not designating critical habitat for the species, and for failure to comply with the National Environmental Policy Act—arguments that date back to the species' original listing in 1990.

“Once again the Golden-cheeked Warbler is in the cross-hairs of people who have deep pockets and a desire to increase development of warbler habitat," said Joan Marshall, executive director of Travis Audubon, in a statement. "The birds’ survival depends on people being willing to stand up to these repeated threats. Travis Audubon will do whatever is needed to defend the Golden-cheeked Warbler against this lawsuit.”

The Texas Public Policy Foundation filed the suit on behalf of the Texas General Land Office, which is led by Texas Land Commissioner George P. Bush. The suit argues that required protections on warbler breeding habitat lower the value of properties owned by the office and require “time consuming [sic] and costly” actions to comply with the ESA—costs presumably related to development permitting processes. Before developers begin a project near warbler habitat, they have to ensure the project won't impact the endangered species, an effort that they say slows down their work and causes economic stagnation for the region. The warblers’ delisting would free up tens of thousands of acres of land for development.

"The restoration of the Golden-cheeked Warbler population is a success story worth celebrating by removing it from the endangered list and restoring the rights of Texas landowners to effectively manage our own properties," Bush said in a statement.

The new lawsuit and the 2015 de-listing petition both rely on a single scientific study to bolster their claims that the warbler population has recovered—a study with a fishy funding source.

The new lawsuit and the 2015 de-listing petition both rely on a single scientific study to bolster their claims that the warbler population has recovered—a study with a fishy funding source within the Texas government. In 2011, the Texas legislature passed a law that transferred authority over endangered species from the Texas Parks and Wildlife Department to the state comptroller’s office. (The official webpage has the tagline: “Keep up-to-date on the work your state is doing to safeguard the economy by ensuring efficient and cost-effective compliance with the Endangered Species Act.”) “The idea was that any time a Texas animal ends up on a federal endangered species list,” Neena Satija wrote for The Texas Tribune in 2015, “industrial activity is in danger, too—and that means economic officials should be involved.”

To that end, the state funds research into endangered species, but not necessarily on their behalf: Some reports claim the research has more nefarious motivations. “Led by the comptroller’s office," Eric Dexheimer reported for the Austin American Statesman in 2015, "the state has set aside $10 million for research to cast doubt on scientific work leading to potential listings of species—and has retained veto power over the publication of the funded research.”

Part of that research funded by the Texas Department of Transportation is the disputed and controversial study that forms the backbone of the new lawsuit and the previous de-listing petition. Led by scientists from Texas A&M University, along with one wildlife biologist from the transportation department itself, the 2015 population modeling study suggests that there are 19 times more breeding Golden-cheeked Warblers in Central Texas than at the time of listing.

This study stands in contrast with those conducted by other groups, which have found continued declines in Texas's warblers. Indeed, in 2016, USFWS denied the de-listing petition, finding that the petition based on the Texas A&M study “did not present substantial information that delisting is warranted" and that “habitat destruction, fragmentation and degradation remain a real and significant threat to the continued existence of the warbler.”

And yet this dubious research has raised its head once more in another attempt to de-list the warbler. The fact that the contested research is being used again, and so soon, should raise serious concerns over the motivations of the Texas Public Policy Foundation—especially paired with an ad campaign that rouses cultural identity without any consideration of evidence or the purpose of endangered species protection.

Recently, the combined manipulation of the scientific record and public misinformation ad campaigns have become major components of anti-environmental strategy, as evidenced by the success of the climate-denial industry in undermining established science to avoid regulation. The case of the Golden-cheeked Warbler suggests that developers and land-owners are now attempting to use the same methods to hobble the Endangered Species Act.