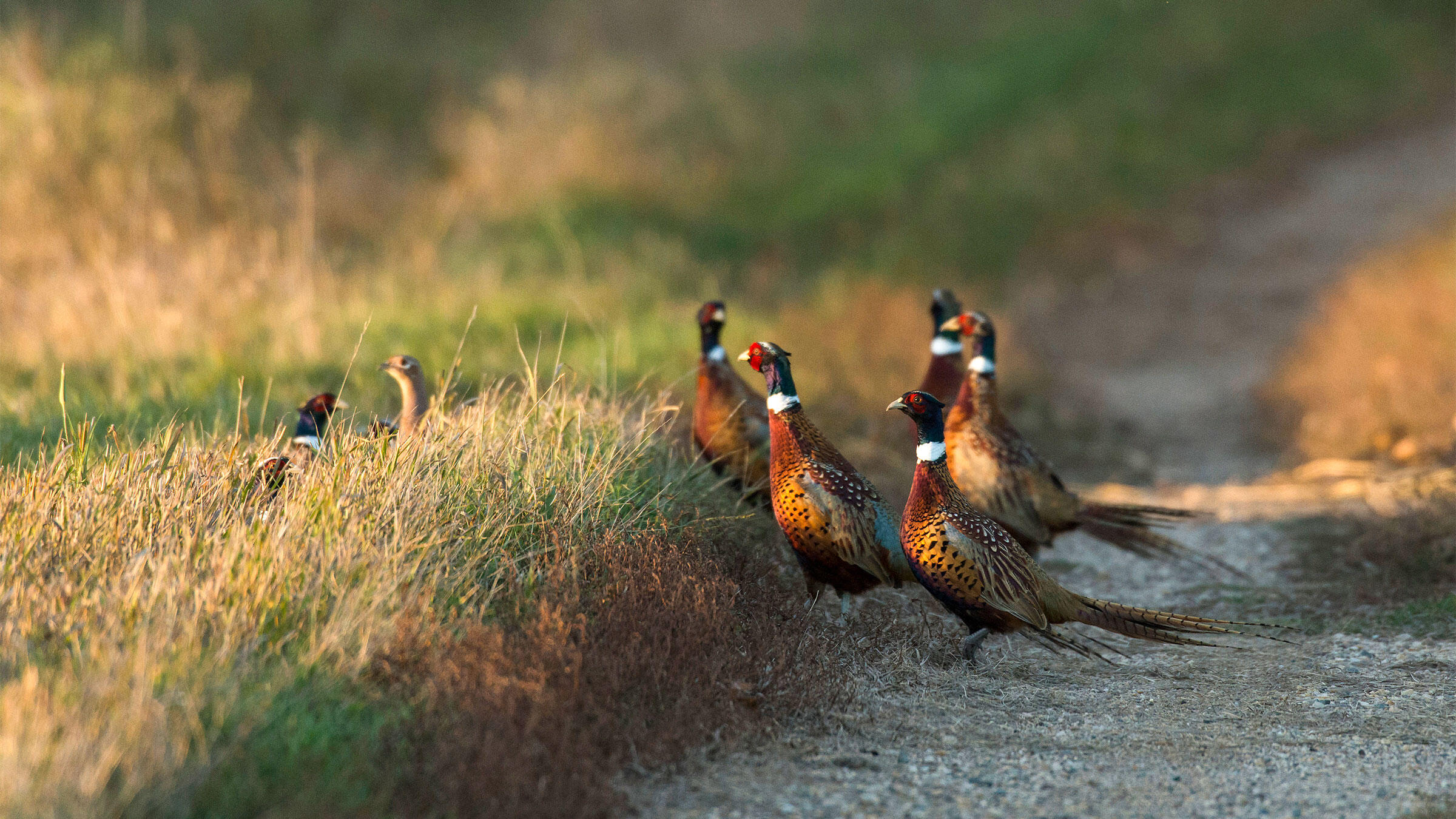 For three consecutive days in April, Wisconsin mail carriers tally the number of Ring-necked Pheasants they spot while making their rounds on rural back roads. Photo: Steve Oehlenschlager/Alamy

In a handful of states, the annual surveys of bobwhite, pheasants, rabbits, and other game species provide valuable data for wildlife managers.

For 15 years, Kathy Short worked as a letter carrier based in Cave City, Kentucky. Each day, she drove 68 miles through three different counties and along the edge of Mammoth Cave National Park, home to the world’s longest known cave system. Like rural mail carriers across the country, she was a local institution. And for one week a year, she was also the state wildlife department’s eyes and ears on the ground.

That’s because during her tenure in Cave City, Short took part in Kentucky’s annual Rural Mail Carrier Survey, for which she reported how many Northern Bobwhite quail and cottontail rabbits she saw along her route each day that week. The survey, which has been gathering data since 1960, is a crucial tool for the wildlife agency to track populations of these two game species. And for the more than 700 mail carriers who volunteer for the count each year, it’s a nice addition to the day’s deliveries. “It gives you a chance to pay attention to the beauty around you,” Short, who now carries mail for the more urban Bowling Green office, says.

Kentucky’s program isn’t alone: at least five states have a rural mail-carrier survey, and each state customizes the similar programs to its needs. Wisconsin’s is simple, counting Ring-necked Pheasants during three consecutive mornings in late April. Nebraska’s is more complex, with counts of four game birds and two rabbits in April, July, and October.

Nebraska’s version might also be the oldest; the state’s carriers began counting Ring-necked Pheasants in 1945. Jeff Lusk, who works with the survey as the state’s upland game-bird manager, says that from reading old reports, he thinks the creators of the study were worried about the impact of a couple harsh winters after the Dust Bowl obliterated vegetation the birds need.

It’s not clear how game-species managers decided to enlist rural mail carriers, but the principle makes a lot of sense. Pheasants—and all the other species that have been added to mail-carrier surveys—are easy to spot from the road, and in rural parts of the country mail carriers are those roads’ most reliable visitors. “There are far more postal carriers than there are wildlife biologists,” Lusk says. In Nebraska, they cover about 100,000 miles across the state.

Each survey works basically the same way. The wildlife department sends local postmasters simple survey cards, which carriers then mail back after tallying how many of each target species they saw during their daily route. The scientists then combine that information with postal route maps to estimate a species' prevalence—0.52 Northern Bobwhite, say, or 1.2 Wild Turkeys, per 100 miles.

The surveys are not as reliable as a formal wildlife census (it’s called a population index to signal that it’s just an estimate), but the numbers generated remains valuable to scientists. “We can still gather a lot of information about what the population is doing,” says Cody Rhoden, a Kentucky state small-game biologist. Often the mail survey data are paired with more thorough, smaller-scale counts conducted by trained biologists. “The rural mail carrier survey kinda goes on in the background," he says.

Like every scientific survey, it has its strengths and weaknesses. Usually each count lasts just a few days, so even one day of bad weather can skew the results. Because of that, each year's counts aren't precise; the data set is better suited for examining general population trends. “This data really helps us build that long-term perspective on how our populations are doing,” says Karie Decker, who coordinates research for the Nebraska Game and Parks Commission. “It becomes one piece of a much bigger population assessment.”

And for the wildlife departments, the price tag is a strength: The only real costs are in sending out cards and analyzing the data they receive. “For the quality and amount of data we get, it’s very cost-effective,” Lusk says.

Because the survey’s design is straightforward, the agencies don’t bother offering special training to the mail carriers. “Most people know what a bunny looks like; we’re pretty confident in the rabbit data,” says John Morgan, a quail biologist with Kentucky’s wildlife department. A few years ago, though, the state added a photograph of a Northern Bobwhite to the card, just in case.

The surveys’ elegant simplicity and the long-term data they’ve already accumulated means they’ll likely continue more or less unchanged for years to come. A few states have added or cut species or counties. However, talk of shutting down small rural Nebraska post offices has worried Decker, and she knows that, eventually, volunteers will retire.

But until then, the mail-carrier surveys will be one more source of crucial information for wildlife managers to track the health of the species they’re responsible for. “We spend a lot of money and efforts in wildlife management,” says Brian Dhuey, who oversees all of the Wisconsin natural resource department’s wildlife surveys, including its pheasant mail-carrier survey. “So we like to see if the animals are responding.” Declines could shape both conservation priorities and hunting restrictions if scientists decided the situation was worrying enough.

And that connection is part of what keeps mail carriers coming back to the survey year after year. “It was just something that I felt honored to do because we are out there every day, we travel every road every day,” Short says. “We played a little part in making sure those numbers are kept strong.”