Walker Golder joined the National Audubon Society’s staff in 1989 as Audubon’s first Coastal Coordinator of the newly-created North Carolina coastal sanctuary system. As Coastal Coordinator he built a network of 20 protected sanctuaries for colonial waterbirds and shorebirds along 180 miles of the coast. He later served as Deputy State Director of Audubon North Carolina when it was established in 1999 and directed Audubon’s portfolio of conservation initiatives that included sanctuaries, Important Bird Areas, coastal policy, research and monitoring initiatives. Walker has worked on regional and national conservation initiatives, such as the North American Waterbird Conservation Plan, the Southeast Waterbird Conservation Plan, Atlantic Flyway Shorebird Initiative, and was involved in shaping Audubon’s Atlantic Flyway Coastal Conservation strategy.

Walker received a Bachelor of Science in biology from UNC-Wilmington in 1985, a Master of Science in marine biology from UNC-Wilmington in 1990, and graduated from the Natural Resource Leadership Institute in 2009.  His contributions to the conservation of coastal birds have been state- and nationally-recognized and he is the recipient of the North Carolina Governor’s Conservation Achievement Award as North Carolina Wildlife Conservationist of the Year, Partners in Flight National Award for Stewardship; Audubon’s Charles H. Callison Award (the Society’s highest staff honor); and was listed by Garden and Gun magazine as one of ten “Southern Heroes: Saving the Wild South.” 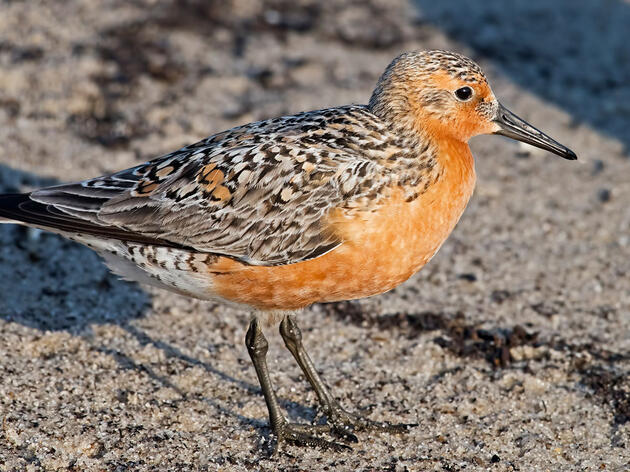 Saving Red Knots One Crab at a Time