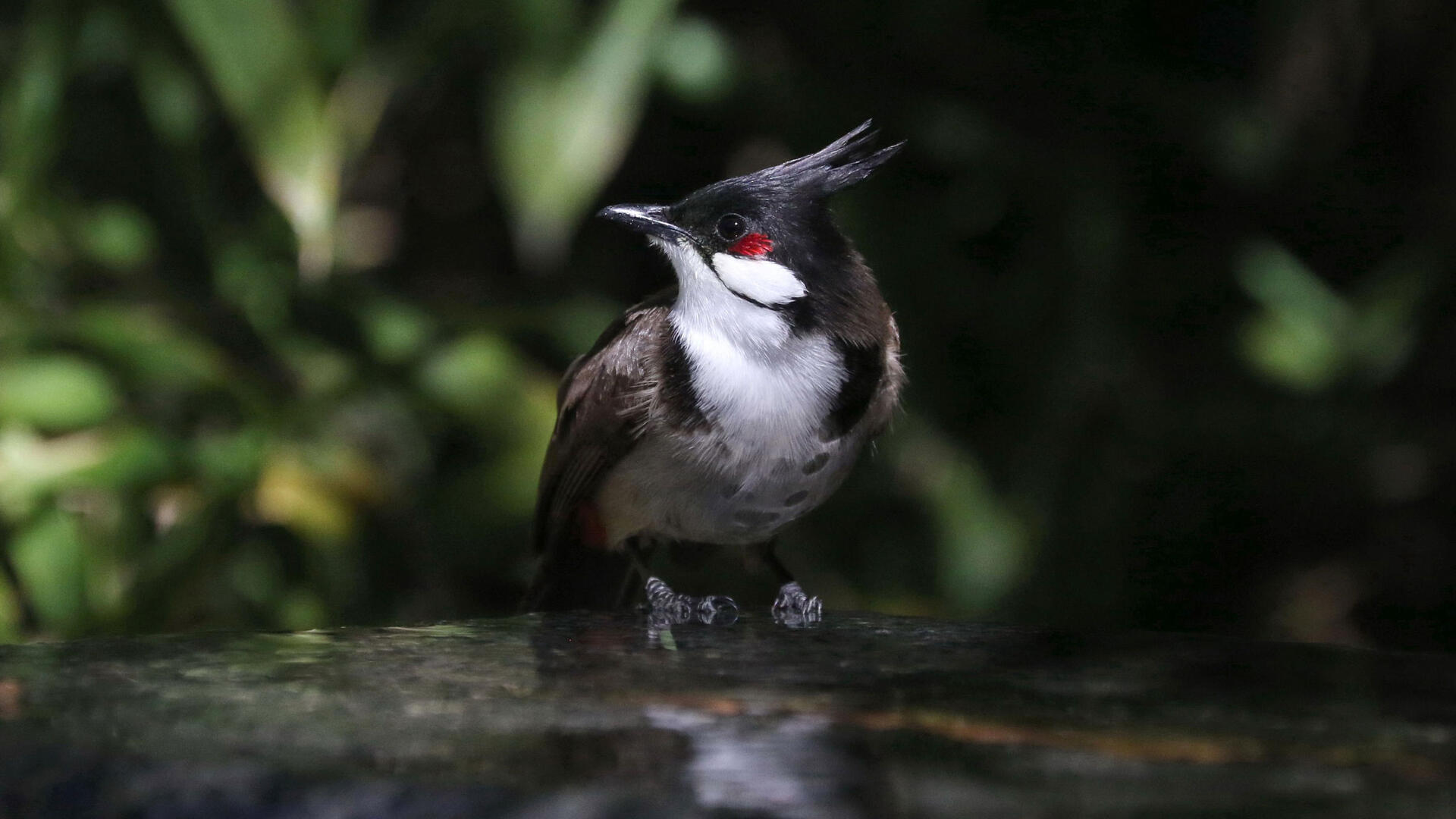 Except when nesting, travels in flocks to feed at fruiting plants. Takes insects by flying out to capture them in mid-air, hovering to pick them from bark, or searching among foliage.

Usually 3. Pinkish, profusely mottled with purple or reddish spots. Incubation is by both parents, 12-14 days. Young: Both parents feed nestlings. Age of young at first flight not well known.

Both parents feed nestlings. Age of young at first flight not well known.

Berries, small fruits, insects. With its small bill, usually does not feed on large fruits until they are overripe or punctured by other birds. Important items in Florida include berries and fruits of Brazilian pepper, figs, lantana, jasmine, and others. Takes nectar, eats pieces of flowers and green shoots of vegetation. Also eats many insects.

In Florida, breeding season is mainly February to June. Florida birds seem not to defend territories strongly, often tolerating other bulbuls near the nest. In courtship display, one bird may approach the other, fluttering its wings and bowing; both birds raise and lower crests repeatedly. Nest site is usually fairly low in shrub, vine, or small tree, typically about 2-8' above the ground, often well concealed. Nest, placed in fork of branch, is a cup made of grass, weeds, rootlets, and casuarina needles. Outside of nest usually decorated with pieces of paper or plastic, large flakes of bark, or other debris.

Apparently permanent resident throughout its native range, and introduced populations seem to do very little wandering.

Apparently permanent resident throughout its native range, and introduced populations seem to do very little wandering.