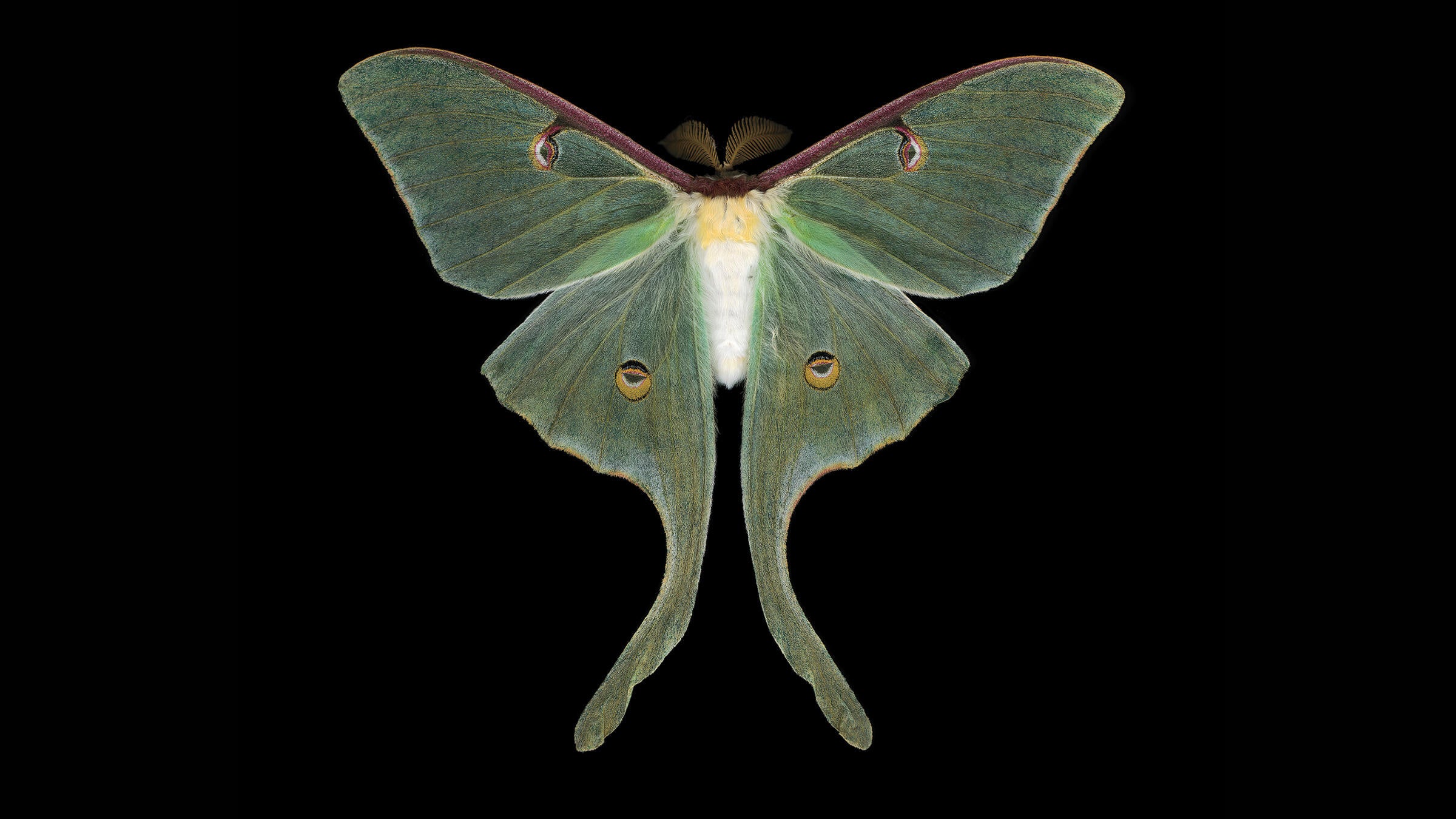 “Come on Over to the Dark Side,” Moth-lover Urges Birders

In the dead of night, John Pickering and fellow enthusiasts head out in search of moths.

On the morning of October 29, 2010, John Pickering felt just fine doing his usual pre-dawn calisthenics—a precarious business that involves standing on the arms of two wobbly deck chairs while taking photographs in the dark. Then he began to sweat. "At the hospital, I kept denying that I was having a heart attack, and refusing treatment," Pickering recalls. "Eventually my cardiologist had to leave his wife at dinner and read me the riot act. They put a stent in, and everything was fine." Pickering, better known as "Pick," spent four days in the hospital. "Then I had to learn to walk, and how to run, and how to be a maniac again."

Pick shared his near-death experience by way of explaining a four-day gap in a graph on his computer. The graph is an otherwise nearly flawless record of his years-long obsession with small flying insects. Pick, now 60, is a "moth-er," someone who spends long hours after midnight, often till dawn, even on holidays, counting, measuring, and photographing moths drawn to his porch lights. Birds, after all, have birders who go birding. It only follows that moths should have moth-ers who go mothing. The difference, at least according to Pick, is that moth-ers are "f—kin' awesome. The birders have nothing on us. We're hardcore."

Bridled beauty. Garden carpet. Scalloped oak. Willow beauty. These are some of names underlined by a child's hand in an original 1961 copy of Richard South's The Moths of the British Isles, which sits on the bookshelf in Pick's dining room. As a young boy in a small town near Manchester, England, he would blow his weekly allowance on natural history books. "This one was 26 shillings," he says, turning the filmy pages. "That was a fortune back then!"

Pick's exuberance still shines. He has a snickering laugh, a toothy smile, and a propensity for sandals and khaki shorts (occasionally with a hole in the seat). He drives a 1997 Jeep with 262,000 miles on it—top down and fast—and finishes most nights with a few pints of "half-and-half," or Guinness and Harp. He can tell a good story, too: how he got attacked by a crocodile during his early research career in Panama (the pictures are on his website), or the bike accident near his Athens home that left him with temporary amnesia. As for that little post-mothing heart attack four years ago, he chalks it up as just one more "interesting experience" in his life.

A Harvard-trained biologist and University of Georgia ecologist, Pick is the founder of discoverlife.org, a natural history portal that invites scientists, teachers, wildlife managers, and amateur naturalists to share photos and data about moths and other animals. By pooling their observations, they hope to identify and track environmental trends over time—how, for instance, climate change is affecting moth populations and even the insects' size. 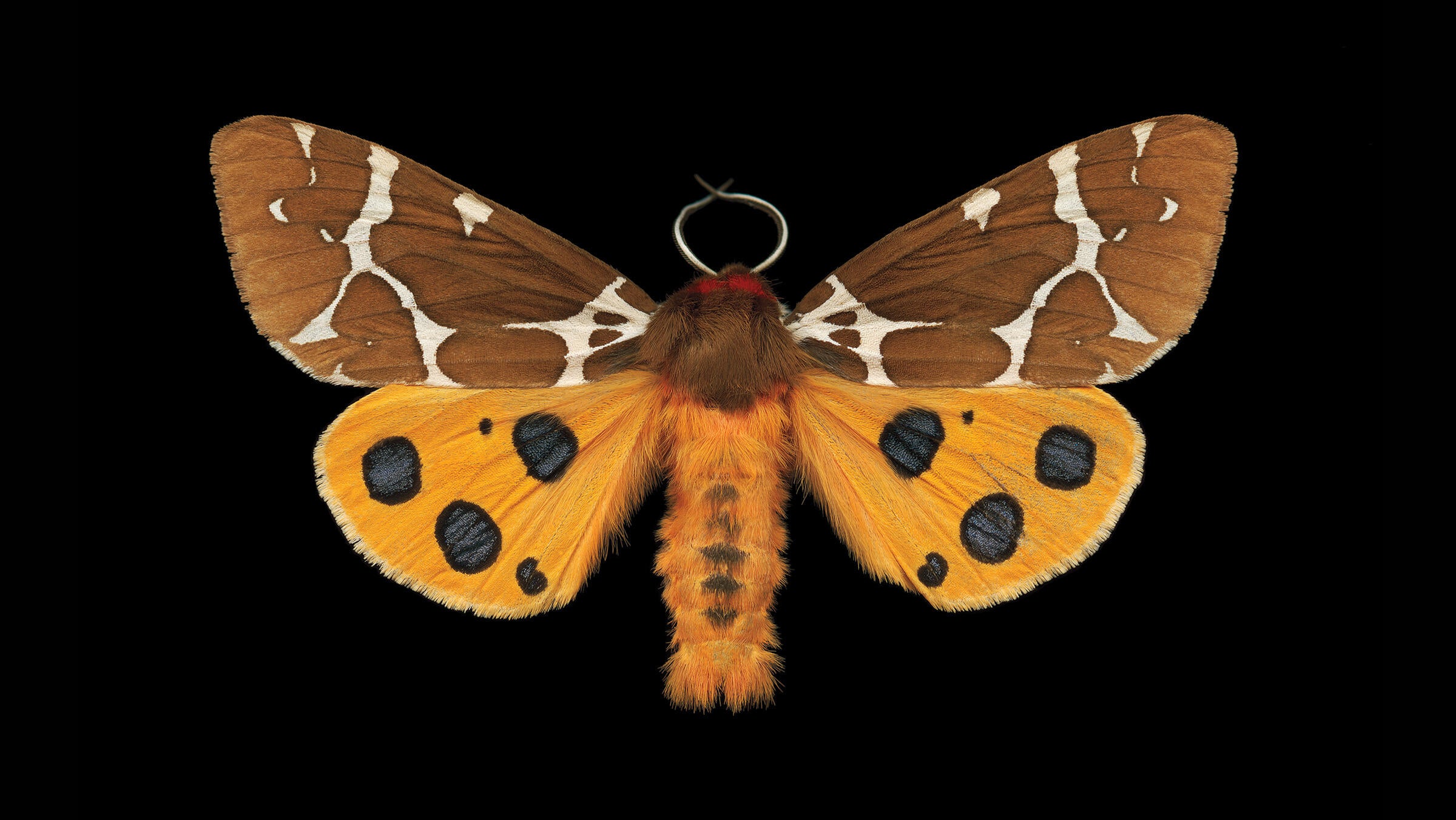 As attractive airborne packages of protein for birds and bats, moths are vital parts of the food chain, and have evolved some spectacular adaptations to avoid being eaten. Some excel at aeronautics: Certain hawk moths can fly up to 30 miles an hour; the pollinating whitelined sphinx moth can hover like a hummingbird. Others depend on elaborate camouflage: One species from eastern Asia perfectly resembles a dead leaf, curled edges and all. The darling of the moth world, the ghostly luna, sports translucent eyespots meant to scare off predators. And in June a new study by researchers at Wake Forest University revealed that a species of tiger moth found in the Arizona desert can sense if a bat is about to attack, and respond by jamming the predator's sonar.

In the efforts to bring attention to the important roles moths play, two New Jersey biologists created National Moth Week (to be held this year from July 19–27, with participants from around the globe), and summer mothing parties are beginning to catch on. Some landscapers create gardens specifically designed to draw moths. At the Sandy Creek Nature Center in Athens, Georgia, there is even a building lit to attract the bugs to its white walls—a feature designed by one of Pick's former students, Tori Staples, and launched for Pick's 60th birthday party. "Our dream is to have one of these at nature centers in every county in the U.S.," Pick says, speeding in his Jeep on a dark November night. "I don't do anything else. I don't watch TV or football. I've been looking for this project for 20 years, and I've finally found it." 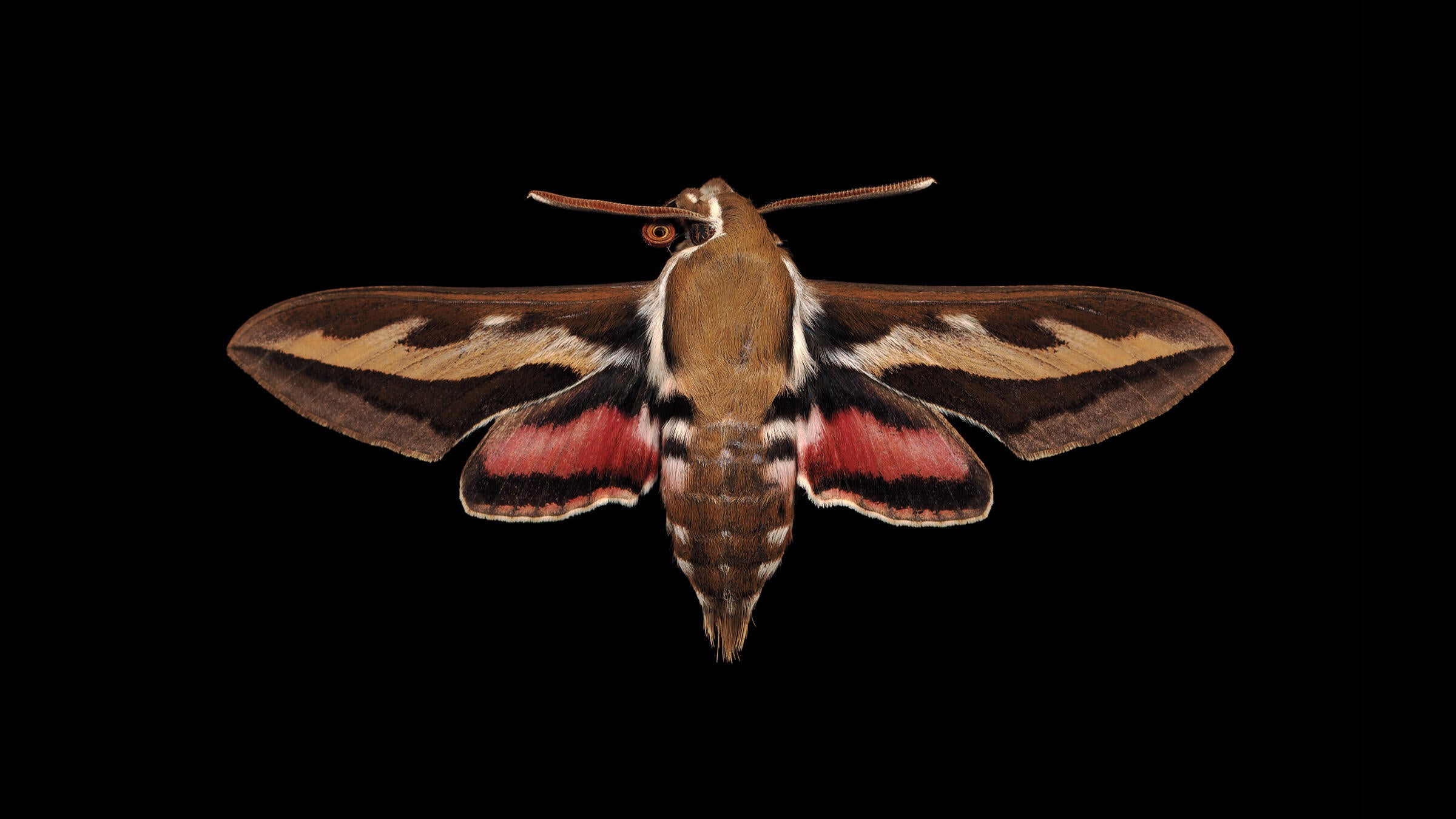 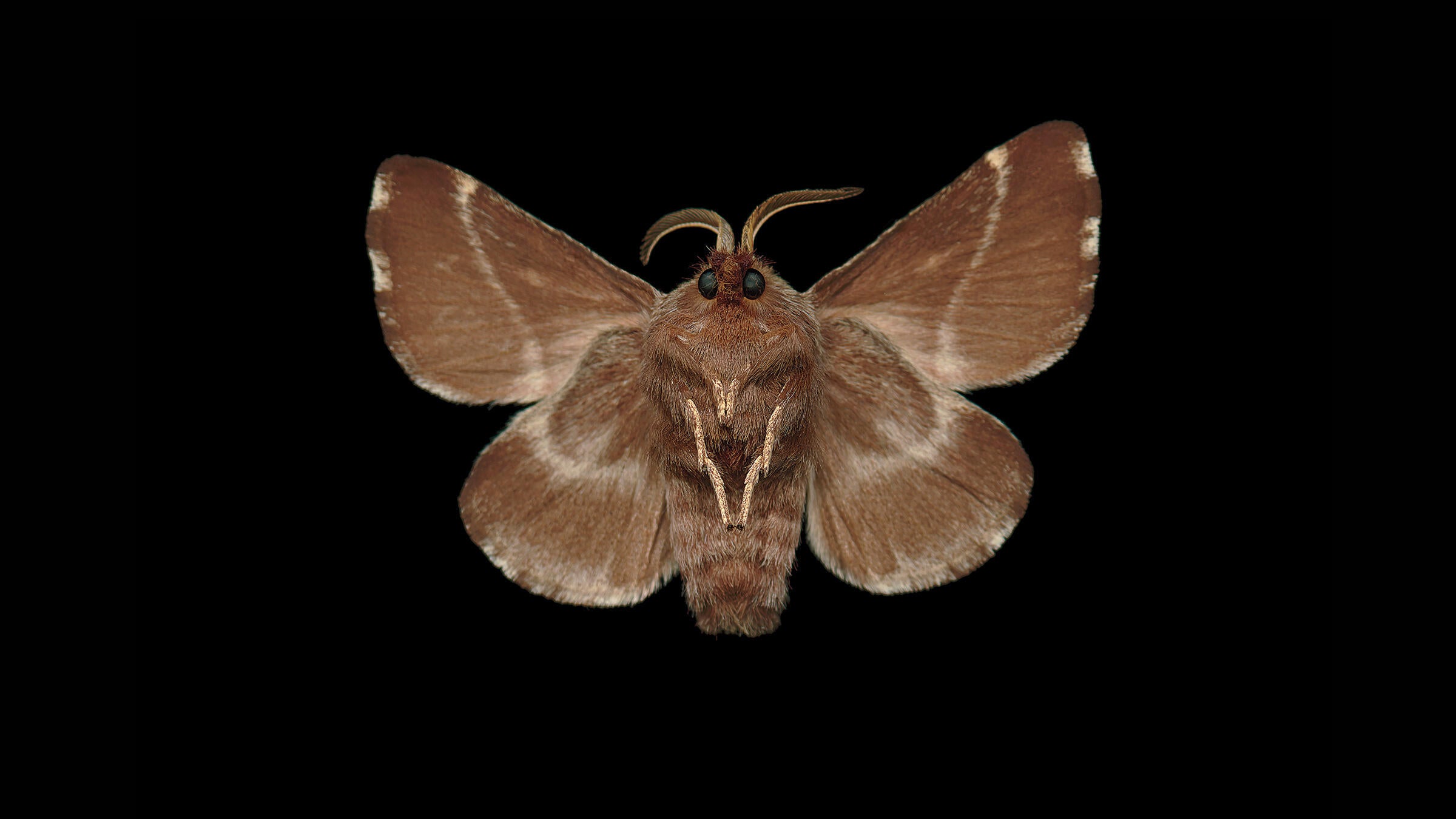 At 4:30 the next morning, pick is on his front porch, illustrating how he balances on the deck chairs by shifting his 6-feet-2-inch frame just so, to avoid tumbling to the ground while photographing moths on the wall. At 46 degrees it's a little chilly for predawn mothing, but a few bugs turn up. "There we go, baby," Pick says, carefully shifting a tiny moth with his fingers to a better spot for its close-up. "You can't always move them," he explains. "You have to know the moths' behavior. Some are droppers, some are fliers. You learn which are skittish and which aren't."

With a ruler in his left hand and the camera in his right, he focuses on another visitor, identifying it as red-bordered emerald, a perfect description. "There's some color to your morning," he says, twisting and bending to snap a photo, his ruler angled perfectly parallel to the insect's wings. "The photos provide the real proof that you saw it. Then the data gets submitted [to discoverlife.org], and we ID it."

Pickering aims to recruit birders to the moth-er ranks. "We say, 'Come on over to the dark side,'" he laughs. "Birders in general are concerned about the environment and conservation; they love diversity. I'd like to see them do two things: keep birding, and bring this dark side to their life and start mothing."

He sees birders as his natural allies, but he's also not shy about playfully goading them here and there. Switching off the porch lights to release the moths before dawn, he says, "You've got to give them about an hour to get away, or else the bloody birds come and eat them."

By the time the first Carolina wren of the morning starts calling teakettle-teakettle-teakettle!, Pick is back at his computer, preparing a tweet for the Athens Moth Report, looking at thumbnails of bug photos, and muttering in his heavy English accent about right clicks and templates. He opens a graph plotting all his nights of mothing over the past four years, and there it is—that annoying four-day gap. Well, that's not a worry anymore. It's okay to miss a night here and there, if he must. There are measures in place, safeguards, volunteers and students ready to fill in. "Now," he says, "if I had a heart attack, the mothing would go on." 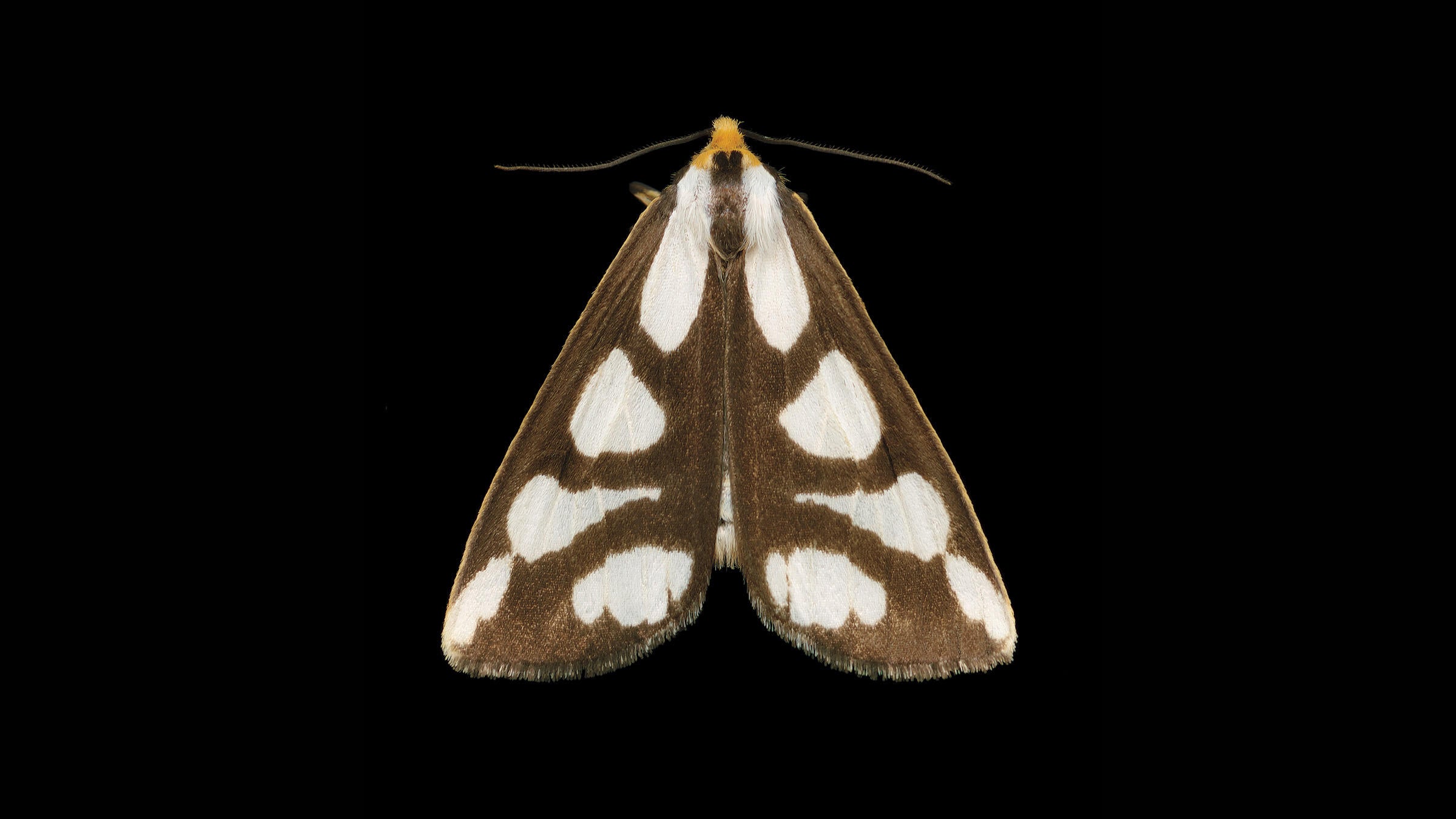