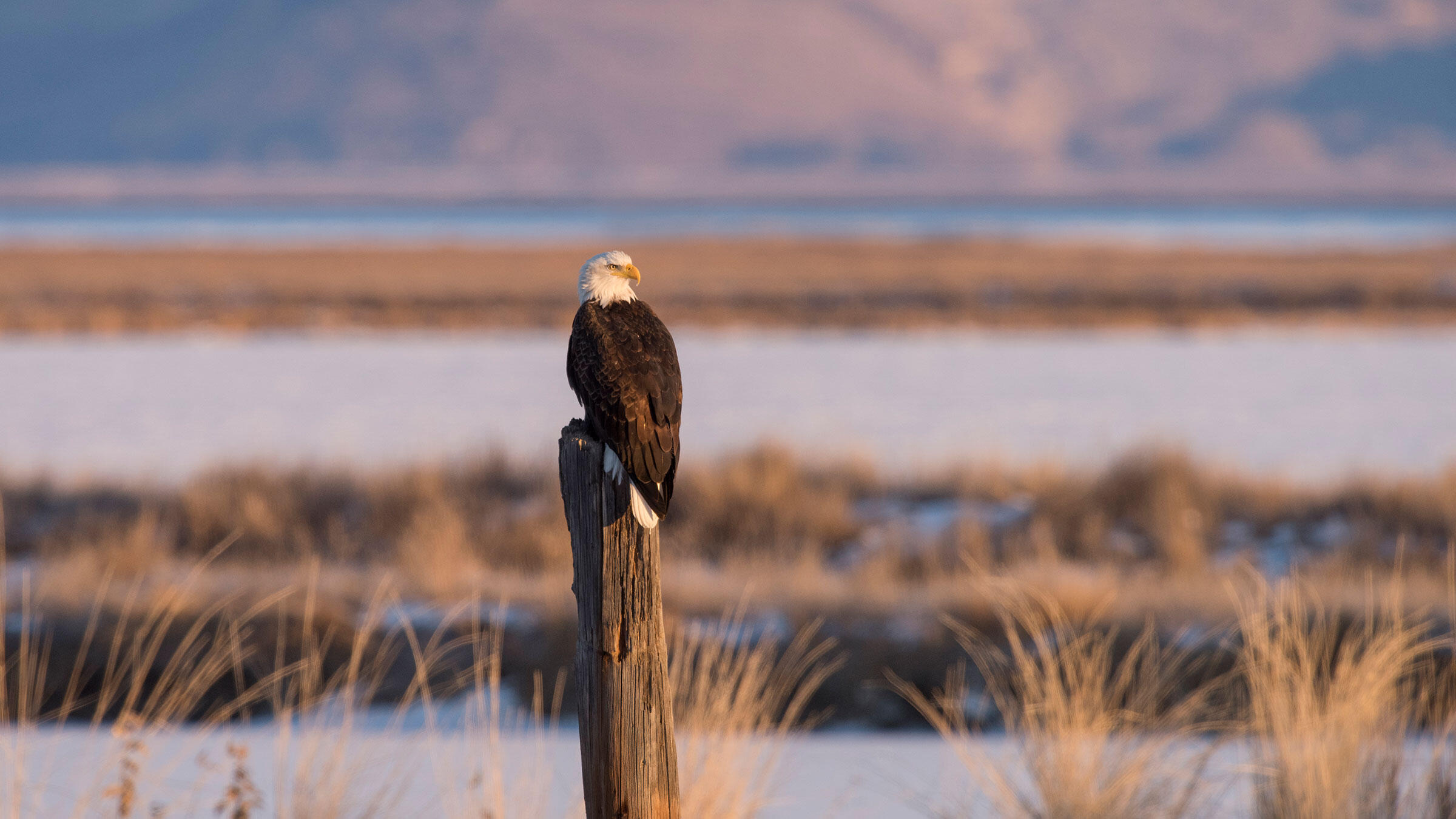 The pros tell us about their favorite places to shoot Baldies.

Sure, Alaska has by far the largest population of Bald Eagles in the United States, with some 30,000 birds. And back in the 1960s, when there were fewer than 500 breeding pairs left in the contiguous U.S., heading for the Last Frontier may have been your best chance to photograph them. But these days, with Baldies nesting in every state but Hawaii, it's easy to get a stellar shot without ever setting foot on a plane. We asked five photographers about their favorite sites to shoot Bald Eagles in the Lower 48.

McPherson was so impressed by her first trip to the Bear River Migratory Bird Refuge that, a few months later, she packed up a U-Haul and moved to Utah from Florida. “I realized there was a tremendous variety of birds here, and I decided that’s where I want to be,” she says. In fall and winter, the fish-filled Bear River draws Bald Eagles to the refuge, located roughly 70 miles north of Salt Lake City. Stop by the Wildlife Education Center, right off I-15 and just outside Brigham City, to learn about the area’s birds and natural history. Then make your way to the auto route, a 12-mile loop with plenty of places to pull over and snap some photos. Consider calling ahead for conditions—the loop can get tricky in foul weather.

Located an easy day trip from nearby metros like Baltimore, Philadelphia, and Washington, convenience is one reason Maryland’s Conowingo Dam is considered the best place on the East Coast to photograph Bald Eagles. Shooting there is pretty simple—just find a spot along the fence that lines the Susquehanna River. Ease of access is nice, but the real draw? Eagles galore—300 or more on a typical day in winter, says Lychenheim, who runs a Facebook page with updates on current eagle action at Conowingo and helps run an “Eagles Day” event each November. When other water bodies freeze, the birds head to Conowingo to fish, and they’re not above snagging shad killed by the dam. “Eagles are lazy bums,” Lychenheim says. “I tell people that’s probably what I’ll come back as in my next life.” Pro tip: Conowingo Pizza delivers to the dam.

If you’re looking for a spot comparable to Conowingo but live in the Heartland, head for LeClaire, Iowa. Just upstream from the Quad Cities area, and about a three-hour drive from Chicago, LeClaire is home to Lock and Dam 14 on the Mississippi River, where a Nature Conservancy preserve protects a favorite winter roosting site for Bald Eagles. You might not see Conowingo-like numbers of birds, but to get the perfect shot, Gustafson says, “all it takes is one.” While eagles are the big midwinter draw, if you find yourself near LeClaire in April, don't pass up the opportunity to photograph the migrating White Pelicans that stop in by the hundreds.

A 400-eagle winter day is not out of the question at Loess Bluffs National Wildlife Refuge in northwest Missouri, an Important Bird Area formerly known as Squaw Creek. Visit in November or December and you might see something even more impressive: Paothong’s best day there included 1.2 million Snow Geese, based on aerial estimates by refuge staff. Eagles hunting geese make for some dramatic shots, especially if you can get the bluffs in the background, and there are plenty of prime places to set up, including a 12.5-mile auto loop and several viewing platforms. If you can still feel your fingers and toes, stick around for a sunset mirrored in the wetlands of the Missouri River floodplain. “It’s just spectacular when you get that reflection,” Paothong says.

Spawning salmon make easy meals for Bald Eagles. That’s why Block loves to catch a ride in Rockport, Washington with Skagit River Guide Service, which caters to camera-wielding eagle nuts. (They even run an annual eagle photo contest.) December trips book fast, and for good reason. You might see 200 or more Bald Eagles feasting on chum salmon or roosting riverside during a three-hour float. The $75 trip includes a propane heater in front of each seat, but you’ll still need warm winter clothes to keep off the chill. Sunny days might be pleasant, but that classic Pacific Northwest gloom also has its advantages, according to Block—the birds tend to stick closer to the ground. "Bad weather makes for good images,” she says.