Our feathered friends boast an astonishing variety of beaks, from massive to disproportionately long to deadly. Here are ten of the most astonishing, useful, and just plain weird beaks from around the globe. 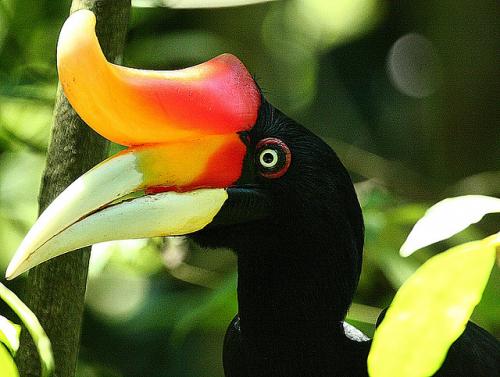 All hornbills have a feature called a casque on their bills (hence the name “hornbill”), but those of the rhinoceros hornbill are the most impressive. These hollow chambers, which are thought to amplify the bird’s calls, take five or more years to develop. The casque may be involved in courtship and other social interactions. 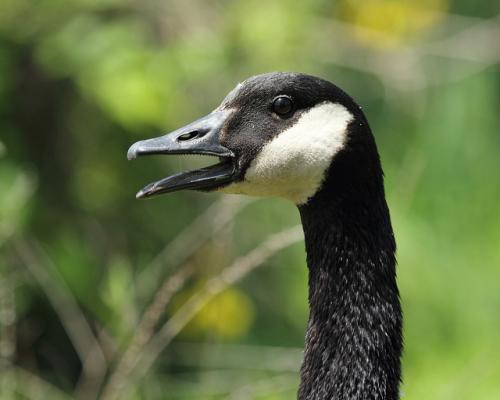 Birds don’t have teeth, but the Canada goose comes close. The ubiquitous bird has short, serrated tooth-like structures made of cartilage protruding from the edges of its beak. These ridges help pull up vegetation from the ground and aquatic plants from pond bottoms. The goose doesn’t chew its food, though—it swallows gravel to help break up the food.

Crested couas, members of the cuckoo family native to the East African island nation of Madagascar, have plain black beaks as adults—but as chicks they have colorful markings on the insides of their beaks, and each youngster boasts its own unique design. These markings are thought to help parents identify their chicks or aim for their offspring’s beaks during feeding. The markings fade as the chicks grow. 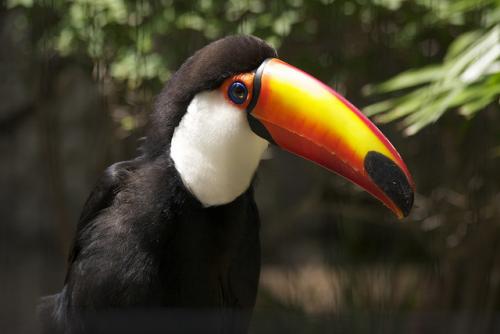 This Amazon avian’s famously colorful bill also happens to be the largest in the bird class—a whopping 7.5 inches long. Toucans use these enormous beaks to do many things- from reaching fruit on branches too small for them to perch on to engaging in a fruit toss as part of a mating ritual! One thing these beaks are not good for is fighting- toucan beaks are very lightweight. They are, however, very strong and good at absorbing impact, so the toucan can survive to play fruit toss another day. 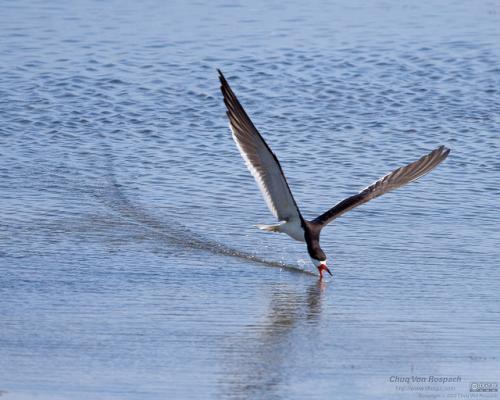 The black skimmer’s bill is unique: its lower mandible is .5-1.25 inches longer than its upper mandible. This avian underbite makes sense when you look at how the bird feeds:  It drags the bottom half of the beak through the water as it flies over the surface, picking up small fish like minnows and herring. The tip of the black skimmer’s lower mandible is so narrow that water resistance against it is almost zero. 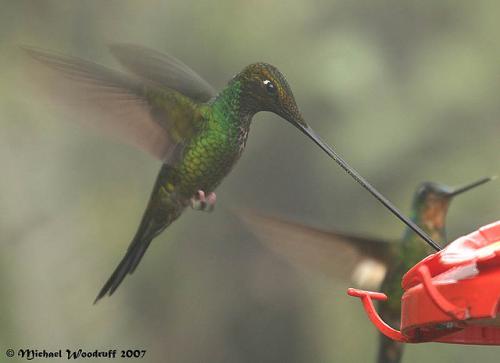 The sword-billed hummingbird, which lives in the northern Andes Mountains, is the only bird with a beak longer than its body. The structure, which is 3 to 4 inches long, allows the bird to consume nectar from passion flowers, fuchsias, and flowers in the genus Datura. The plants all have long corollas, so the sweet stuff is buried deep within the flowers, too far for other birds to reach, giving the sword-billed hummingbird a distinct dining advantage. 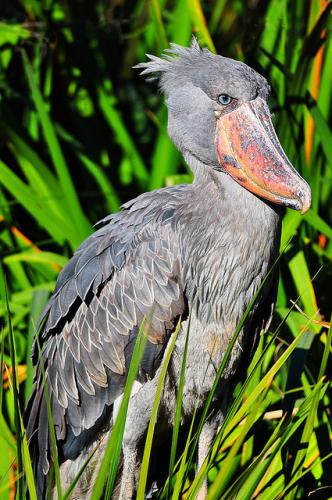 This east-central African is aptly named: its bill looks like a shoe. A multicolored shoe that’s spent the past month getting dirty trekking through the wild, that is. Shoebills use these 12-inch-by-5-inch appendages for “bill-clattering,” a form of greeting in which they clatter their beaks against each other, and for scooping mud to look for prey and catching small animals like frogs. In addition to their odd bills, shoebill storks are known to stand still for a long time waiting to nab a fish, spreading their wings out to attract fish to the shade underneath. 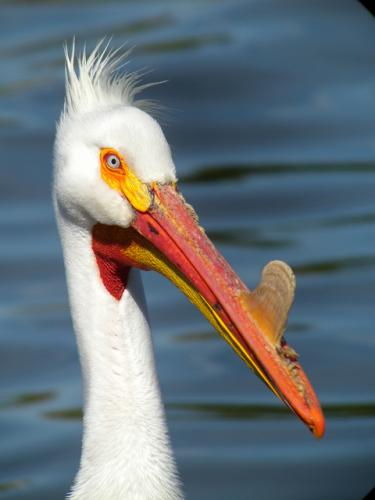 The American white pelican’s most distinguishing feature may be its enormous bill, which can hold as much water as two toilet flushes! Its remarkable beak is nearly a foot and a half long. In addition to catching fish, pelicans use their bills to excrete excess salt. They also grow a two-inch-high hornlike plate on top of their bills in the spring, which may be involved in courtship; it falls off after eggs are laid. When settling down to sleep, pelicans swivel their heads backwards 180 degrees and rest their beaks on their backs. 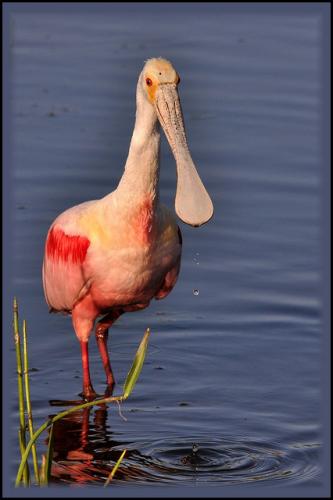 Here’s another bird with a self-explanatory name: roseate spoonbill beaks look like long, narrow salad serving spoons. To feed, the birds walk through the water with their long bills partially submerged, swinging their heads back and forth. When they touch a fish, crustacean, or insect, they grab it with their bills, lift it up out of the water, and swallow it. Bill clapping is also a part of roseate spoonbill mating rituals. 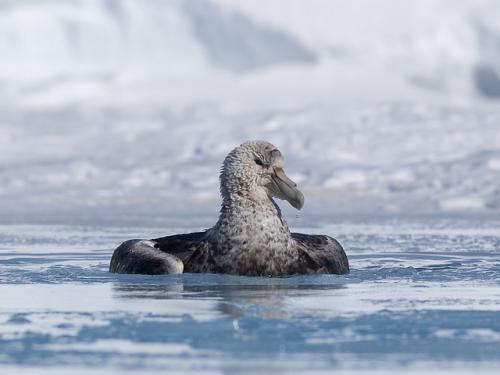 The odd-looking ridge on the top of the southern giant petrel’s beak is actually the bird’s nostrils. Glands above the eyes remove salt from the bloodstream, and it drains out through the tubular structures. The large nostrils also provide the bird with an acute sense of smell, helping it find food and locate its burrow in a colony. All members of the petrel order—including shearwaters, albatrosses, and storm petrels—have tube noses.