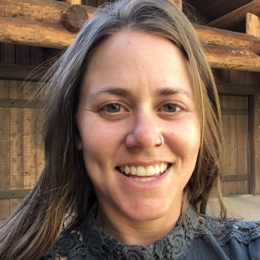 The Colorado River’s average annual flow shrunk 20 percent in the last 30 years—half of that is directly attributable to climate change. The impact throughout the Basin is clear especially when considering that its two large reservoirs—Lake Mead and Lake Powell—are at all-time lows. Lake Powell is hovering at about 24 percent of full storage capacity. The water surface is roughly 60 feet above the level at which hydropower can no longer be produced and water can no longer reliably pass through Glen Canyon Dam (known as dead pool) on its way downstream through the Grand Canyon to Lake Mead. For context, Powell’s water surface elevation has dropped over 60 feet since fall of 2020.  Lake Mead is approximately 27 percent full and roughly 40 feet from dead pool. The ecosystem is suffering and critical habitat disappearing—Western Yellow-billed Cuckoo, Bell’s Vireo, and native fish species populations are all in decline. Water users and managers have been developing agreements and programs to both mitigate the impacts of, and adapt to the evolving conditions driven by climate change.

All of us—cities, farms, and industries are being forced to adapt to the emerging reality that less water is available from the Colorado River, and we must use less in order to protect water levels in order to deliver water downstream and provide reliable hydropower. Thus far, the federal and state governments have focused adaptation efforts on mechanisms and agreements that support water conservation. From 2015-2019, a “System Conservation Pilot Program” directly conserved over 200,000 acre-feet of water by compensating farmers to voluntarily fallow their cropland during the growing season. Agreements made in 2007 (Interim Guidelines) and 2019 (Drought Contingency Plans) allowed water users to prepare for the future by defining the amount of water shortages Arizona, Nevada, and California, would need to take in the event that Lake Mead fell below specified water levels. The 2007 agreement also defined guidelines for determining the amount of water to be released from Powell to Mead each year to better balance and protect their storage. While these actions support water users’ ability to adapt to the Basin’s new reality of less water availability for everyone, they fall short of addressing environmental degradation and the exponential nature of the problem.

Enter the need for the Basin’s numerous environmental programs, such as the Glen Canyon Dam Adaptive Management Program (GCDAMP). The GCDAMP is a mitigation program—designed to minimize, reduce, compensate for, or rectify environmental impacts from the network of dams and diversions that have altered the seasonal variation in the Colorado River’s flows, and water uses that outpace supply—impacts already exacerbated due to climate change. Specifically, the GCDAMP protects the Grand Canyon’s unique ecological and cultural values from harm related to how water releases from Glen Canyon Dam are managed. Programs like GCDAMP have played, and will continue to play, a critical role in protecting birds, fish, and other wildlife that rely on the Colorado River.

The GCPA resulted in the development of a suite of plans and programs that help the federal government and key stakeholders “protect, mitigate adverse impacts to, and improve the condition of environmental, cultural, and recreational resources of Grand Canyon National Park and Glen Canyon National Recreation Area.”

The major planning effort currently in operation, the Long Term Experimental Management Plan (LTEMP), provides the framework for operating Glen Canyon Dam in a manner that meets and balances resource objectives related to healthy ecosystems, Tribal resources, recreation, and hydropower production. The GCDAMP is an outcome of the GCPA and works to support its implementation. The total amount of water that flows through Grand Canyon from Glen Canyon Dam every year is governed by criteria in the 2007 Interim Guidelines mentioned above, but the LTEMP provides guidance on how to manage those amounts within the year to balance resource considerations and protect the downstream environmental and cultural assets. It specifies how much of the total annual amount should be released each month, target daily flow rates within the month, and the rate at which releases should be ramped up or down when managing for hydropower generation. Additionally, it identifies a number of discrete flow actions such as extended high flow periods and non-flow actions such as non-native vegetation removal. These actions can be implemented to improve general ecosystem health such as sediment transport, vegetation recruitment and healthy insect populations, as well as for the benefit of target fish and wildlife species of concern.

The LTEMP is one of the very few plans in the Basin that authorizes environmental management decisions to be driven by resource factors outside of Endangered Species Act compliance. As a result, GCDAMP has been successful in moving the needle on both traditional Endangered Species Act-driven, as well as non-traditional, resource targets—a significant step in environmental management in the region. In some years, for example, operations have helped ensure that summer weekend flows are stable and low volume to stimulate insect production, a major food source for fish. Additionally, in five different years since 2012, daily flow rates dramatically increased for several days to a week to move accumulated sediment downstream and rebuild eroding beaches. Finally, a combination of several flow and non-flow related actions have allowed listing changes for multiple federally endangered species targeted by the program. In 2021, the Kanab Ambersnail, which only exists in one other natural habitat outside of the Grand Canyon, was delisted completely, and the Humpback Chub was downlisted to the threatened list, emphasizing that these management plans are working for these species.

The LTEMP and GCDAMP provide tools that can be used to mitigate the compounding impacts of climate change on the iconic Grand Canyon. But the degree to which this and other environmental mitigation programs continue to be successful will be tested with the brewing climate crisis in the Basin.

In early 2022, the forecasted runoff into Lake Powell was so dismal that it prompted the federal government to decrease the total amount of water released from Powell from 7.48 to 7 million acre feet, and send 500 thousand acre-feet to Powell from a smaller dam upstream. These two emergency mitigation actions to prop up Powell’s water levels added close to 1 million acre feet to the reservoir. In mid-August 2022, the federal government announced that only 7 million acre feet will be released from Lake Powell in the coming year (compared to an average 9 million acre feet in the previous decade), meaning the Grand Canyon will see 2 million acre feet less of flow in 2023. Exactly how a flow decrease of that magnitude will affect the natural and cultural resources is unknown, but the LTEMP’s role in minimizing these impacts will be more critical than ever. Additionally, we soon expect to learn the details of the most significant adaptation action to date in Colorado River management—a plan for how between 2 and 4 million acre-feet will be conserved by water users across the Basin in the coming year. For perspective, that is equal to approximately 33 percent of the annual flow.

The Colorado River community, including Audubon, has demonstrated that it can be successful in working together to develop plans and programs that protect and enhance at-risk ecosystems and dependent flora and fauna in the Basin. Programs, policies, and agreements designed to adapt to less water and to mitigate the harm to environmental and cultural resources need to go hand-in-hand as the Basin finds its way through this crisis. Modeling forecasts show that we are in a massive game of catch-up right now, and that the forthcoming plan to conserve 2-4 million acre-feet will only help the reservoirs maintain current storage and help avoid water delivery and hydropower crises. It is almost inevitable that additional similiar large-scale water conservation actions will be required in the future. With a Colorado River that already has a 20 percent deficit in its annual flow rate, what will this scale of conservation actions to benefit the reservoirs mean for river flows above, between, and below them? And are the established environmental programs, like the GCDAMP and LTEMP, enough to mitigate any additional impacts?  The Colorado River community will need to continue to work together in the coming years to strengthen and potentially expand these critical programs to ensure their continued effectiveness, as the Basin finds its way through this challenge.