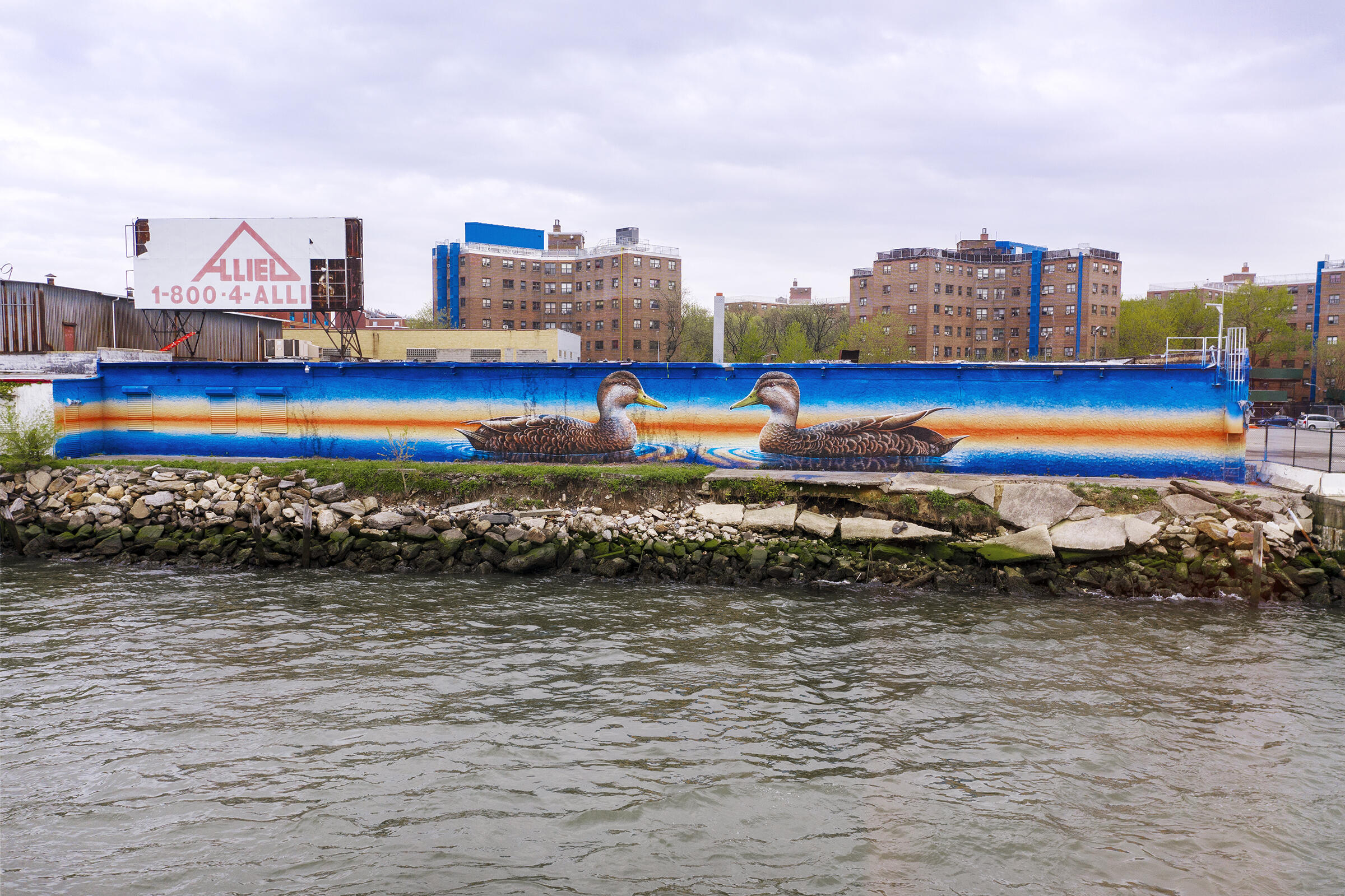 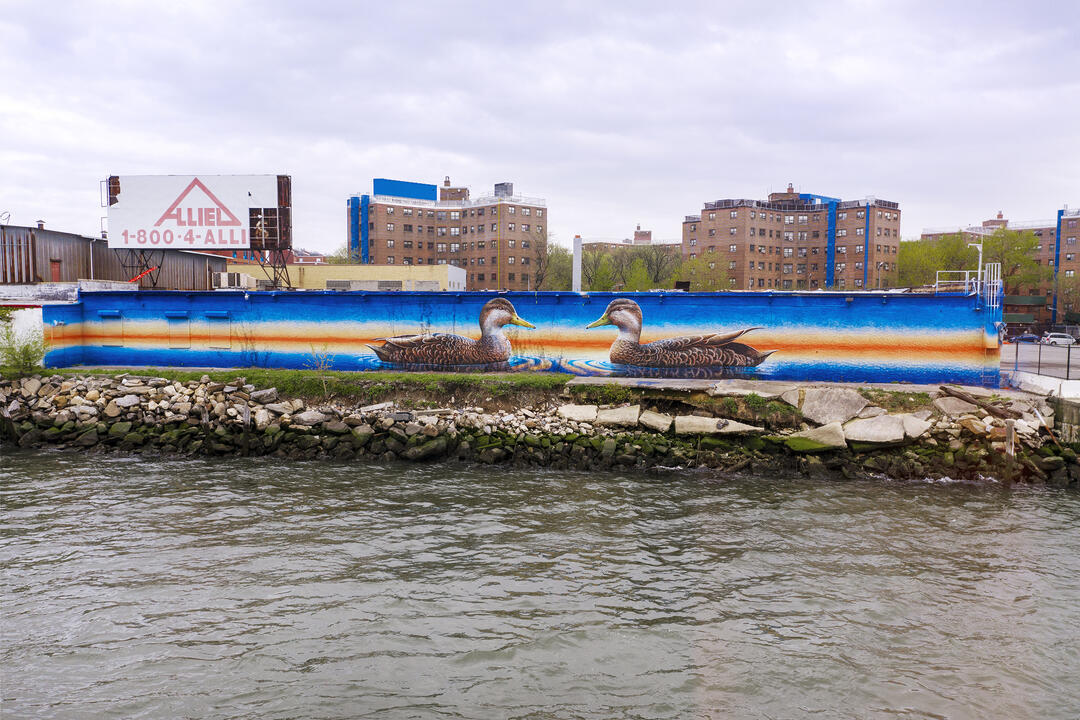 Sponsored By: The Durst Organization

About the Bird: Often found mingling with the more opportunistic Mallard, the American Black Duck is a staple in Eastern marshes and winter woods. The species is already struggling from decades of hunting and habitat conversion; now climate change is adding another wrinkle to its survival. Audubon’s climate models show it could lose 32 percent of its summer range in the future, including much of its stronghold along the U.S. Atlantic Coast.

About the Artist: Peter Daverington is a painter and musician from Melbourne, Australia, currently living and working in Beacon, New York. He completed an MFA at the Victorian College of the Arts at the University of Melbourne and has been commissioned to paint public murals in Argentina, Australia, China, Egypt, Germany, Guatemala, and Turkey. “I chose the American Black Duck because its natural habitat is next to the mural location on New York City's East River,” he says. “These are true New Yorker ducks: They're street wise; they're handsome; and the heart of their range is in the Northeast.”

This mural can only be viewed from across the water on the Upper East Side of Manhattan. For the best perspective, visit the ferry terminal at East 90th Street, off the FDR Drive. See a map here.