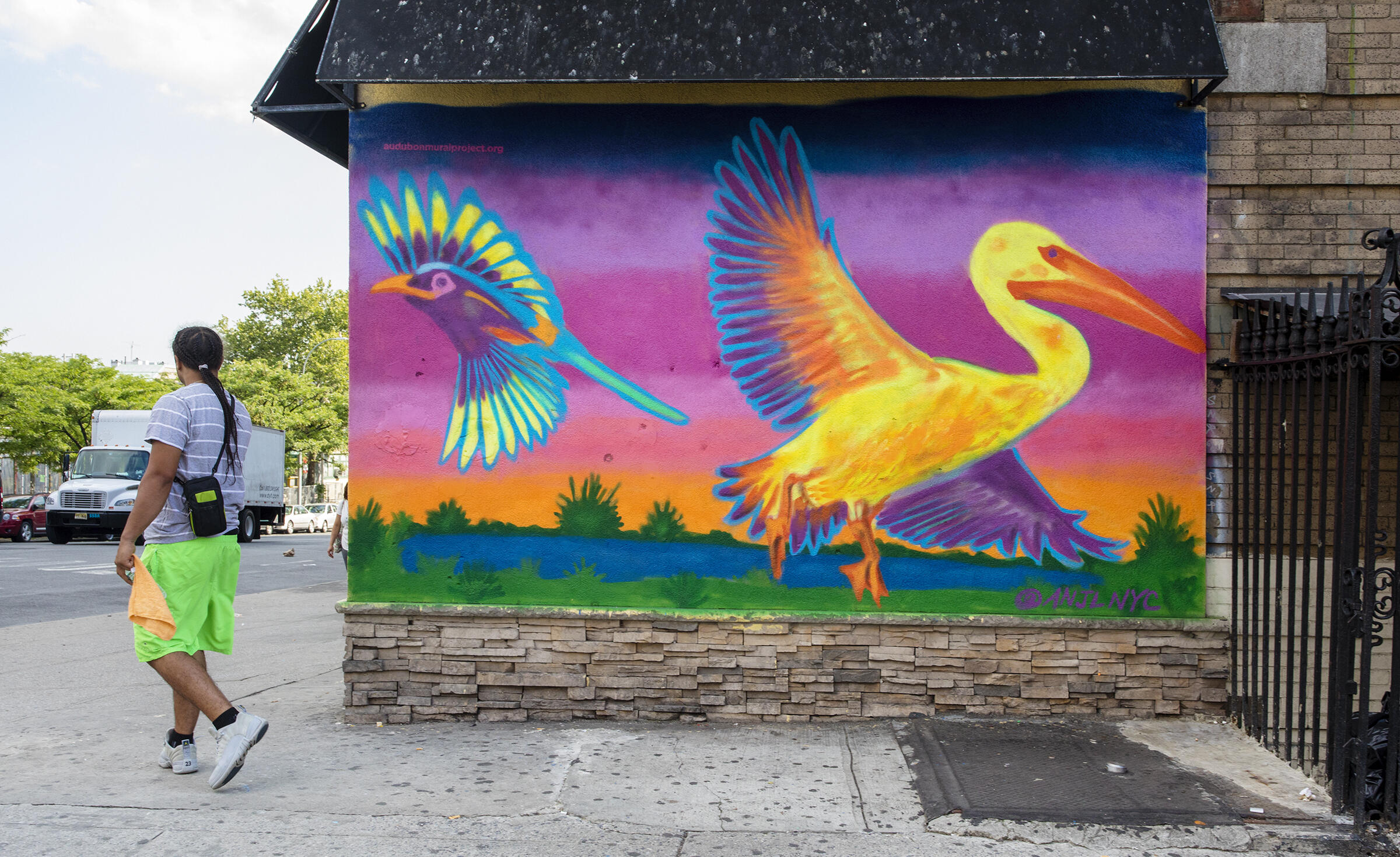 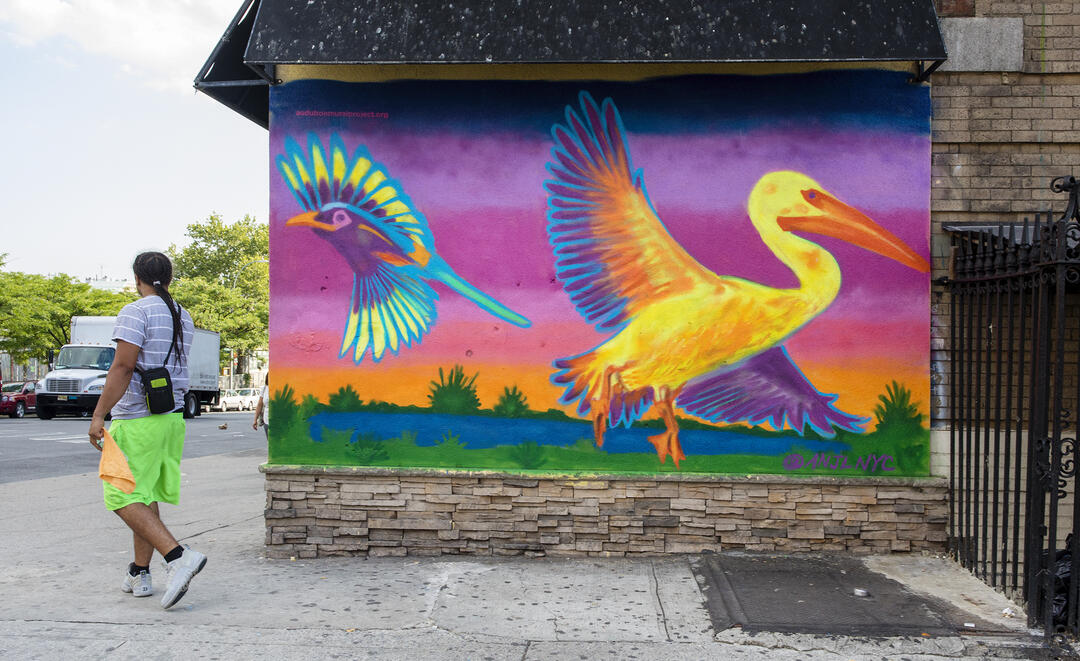 (This mural has since been removed and replaced by the Gray Hawk.)​

About the Bird: The 9-foot wingspan of the American White Pelican makes it one of the largest birds in North America. Future climate change will cause its summer range along water bodies in the upper Midwest to shrink considerably. The Yellow-billed Magpie relies on a much smaller territory—a just 500-mile stretch of Central California—all of which is projected to disappear if climate change continues apace. Its troubles will be further compounded by increased fire, spring heat waves, and urban development, according to Audubon’s analysis.

About the Artist: Painting and drawing for most of her life, ANJL has always had a passion for art, beginning with graffiti and transitioning to murals and portraits. She is also an accomplished martial artist and purple belt in Brazilian jiu-jitsu. “I chose the American White Pelican because of its strength and power,” she says. “As an aquatic bird, this species may be more adaptable to climate change than others due to its wide range of habitat and population across North and Central America. I decided on the Yellow-billed Magpie when I saw the beautiful bright colors on its feathers.”