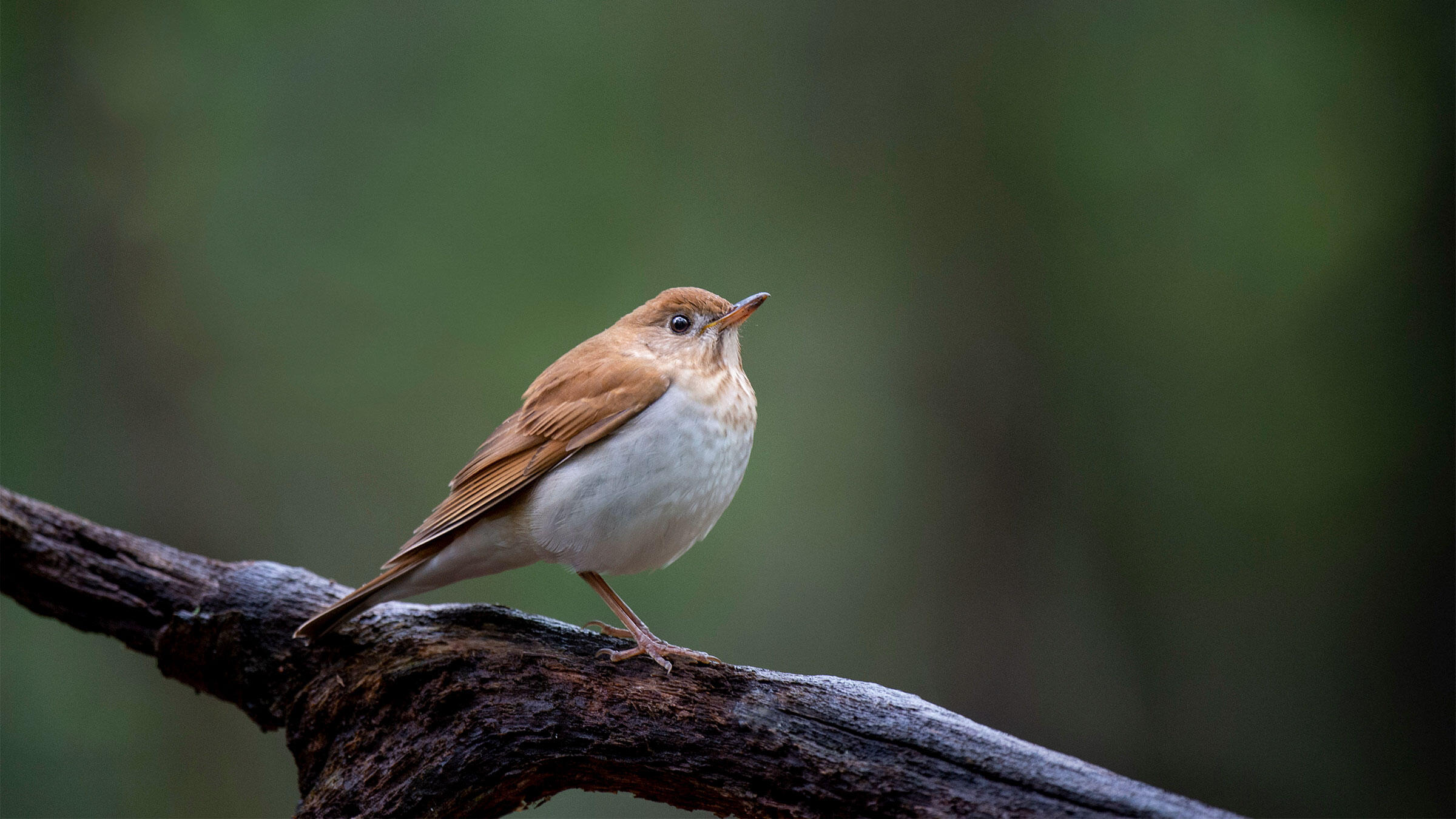 Are These Birds Better Than Computers at Predicting Hurricane Seasons?

It was with some trepidation that, a little over a year ago, Christopher Heckscher tweeted a prediction: The 2018 Atlantic Ocean hurricane season would be stronger than average, with an accumulated cyclone energy—or ACE, a measure of the season’s intensity—somewhere between 70 and 150. His unease was understandable. Heckscher was publicly pitting his napkin-math projection against forecasts generated by state-of-the-art computer models churning through decades of meteorological data. And Heckscher isn’t even a meteorologist—he’s an ornithologist. The source of his data? A bunch of birds in Delaware.

What convinced Heckscher to stick his neck out online—and what made his winning prediction more than a one-off curiosity—was a paper he published in the journal Scientific Reports just a few days before that initial tweet. Its conclusion was astounding: During two decades of field observation, the breeding behavior of a local population of Veeries, a species of thrush, was a better predictor of Atlantic hurricane season intensity than the leading meteorological models. The birds appeared to sense what the season had in store months before most tropical storms form.

Assuming further research bears them out, Heckscher’s findings are a remarkable reminder of the mysterious, unseen patterns and linkages of the natural world. But they’re also a warning. The vast majority of major hurricanes in the Atlantic form during peak migration season. As worsening climate change turbo-charges those storms, Heckscher and others worry they could be a growing threat to migratory birds, both directly as they traverse stormy seas to their wintering grounds and in subtler, longer-term ways.

Known for their descending whirl of a song, Veeries breed in moist woods across the northern United States and lower Canada. When the birds lose a brood of eggs to predators or foul weather, as inevitably befalls some nests each year, the birds try again. If more nests fail, they’ll try again and again until they hatch young. But at some point, if they remain unsuccessful, the Veeries call off nesting for the year, molt into fresh feathers, and prepare for their arduous migration to Brazil.

Having become deeply familiar with this population of Veeries over his career, Heckscher noticed that the birds reached that cutoff point earlier in some summers than in others. “That didn’t make sense to me,” he says. “I’m thinking, the most important thing for the bird is to bring off young, yet some years they’re shutting down breeding earlier than in other years.”

The data didn’t reveal any clear correlation to temperature at Heckscher’s roughly 450-acre study site, or any other factor he could think of. “I didn’t know what the heck was going on,” he says. “Then suddenly it occurred to me to look at tropical storms during their migration period.”

Analysis revealed that the Veeries had longer breeding seasons during years with relatively mild hurricane seasons.

That analysis revealed that the Veeries had longer breeding seasons during years with relatively mild hurricane seasons and cut their nesting short in harsher years. Their behavior lined up closely with both the ACE and the number of major hurricanes. Curtailing their breeding activity and starting migration earlier may give the birds the flexibility to wait out a strong storm before crossing open water and still arrive at their wintering grounds on time.

Heckscher is the first to acknowledge that his dataset was fairly small—around 15 or 20 pairs per year of a single species. But his data cover a long period, he notes, and the relationship they show is statistically very strong. He hopes other scientists at different sites will comb their own records to see if the same pattern holds true for other species that migrate across the Gulf of Mexico and Carribean Sea during hurricane season.

It will also take further study to sort out what signal the birds are picking up. Heckscher hypothesizes that, on their wintering grounds, they may notice precipitation patterns linked to the El Niño and La Niña cycles that influence hurricane activity. “Whatever it is, they know by mid-May,” he says, explaining that the average date of all nesting attempts in years with low ACE was after May 23. “It sounds out-there, but then again if you think about it, it makes sense these birds would take advantage of anything they could across their evolutionary history to avoid hurricanes,” he says.

Jill Deppe, senior director of the National Audubon Society’s Migratory Bird Initiative, agrees. “I don’t think this study is as wild as it may appear,” she says. “Migratory birds have evolved long-distance movements to maximize their reproductive success and survival across the year by tracking favorable environmental conditions at hemispheric, and even global scales.”

But with global warming injecting fuel into tropical storms, birds may face new challenges they didn’t evolve with. Climate scientists expect hurricanes to become more destructive and dump more rain as ocean temperatures warm and seas rise. They’re already a significant threat. Heavy downpours and high winds from Hurricane Irma in 2017 wiped out every active nest of the endangered Everglade Snail Kite along Florida’s Lake Okeechobee. The same storm, along with Hurricane Maria, devastated the vegetation on several Caribbean islands that a variety of birds rely on for food and shelter.

There’s also the blunter threat of flying into a hurricane during migration. While many birds will avoid those storms or navigate them successfully, others won’t be so lucky. “I think it’s a much larger threat than most people have given it credit for, and I think we need to start thinking about it,” Heckscher says. “These birds have a tight timeframe to get to their wintering grounds and continue their annual cycle. If they’ve got to deal with a prolonged storm over the Gulf, I would assume you’re going to have a lot of birds try to make it across that aren’t going to make it.”

A 2017 study lent credibility to that concern. A Duke University-led research team found a strong correlation between Sooty Tern deaths and the strength of hurricanes, leading the authors to conclude that storms intensified by climate change “may pose a long-term problem” for the colony at Dry Tortugas National Park. While Sooty Terns are common, “the right kind of hurricane—or, the wrong kind of hurricane—can really make a big difference,” says Duke University ecologist Stuart Pimm, who worked on that study. “The reality is that these extreme events have very significant ecological consequences. In general, we need to be concerned about the increasing frequency of these storms.”

And then there’s the subtler hurricane impact suggested by Heckscher’s research: If further study confirms that Veeries and other birds are cutting short their breeding season in severe hurricane seasons, and climate change is making those severe seasons more common, that could erode populations of migratory bird species whose numbers are already shrinking due to habitat loss and other hazards. “This is something that’s on my radar now, and it wasn’t even a year and a half ago,” he says.

Meanwhile, it’s August, which means Heckscher’s feathered forecasters have long since divined what awaits them in the Atlantic. On July 20, he tweeted his prediction: A slightly above-average season with an ACE between 80 and 140, and two to four major hurricanes. This latest projection lacks some of last year’s drama; Heckscher’s hectic schedule created a three-week gap in his data collection, muddying the forecast, and there’s not much daylight between his own guess and what the computer models are saying this year.

Nevertheless, he’s trying to stir up some friendly competition. “One of the reasons I published in Scientific Reports rather than an ornithological journal was to try to get the attention of meteorologists,” he says. “I have trolled them a bit in social media but none have taken the bait. My guess is that they don’t take it particularly seriously or don’t understand how strong the data are.”

The American Meteorological Society and the National Hurricane Center declined to comment.

Audubon magazine is a nonprofit, and stories like this are made possible by our readers. You can support our journalism by donating today.

Lost at Sea, Hard-Flying Birds Can Be Mega Rarities and Mysteries

A vagrant seabird might be a once-in-a-lifetime sighting, so make sure to keep both eyes on the water.