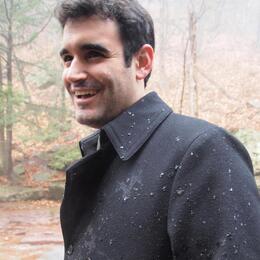 In a move critical to the survival of several threatened migrating shorebird species, the National Audubon Society and CECPAN (Centro de Estudio y Conservación del Patrimonio Natural) today announced the acquisition of a two-and-a-half-acre parcel of land on the island of Chiloé, in Southern Chile. The land will be protected from development.

The parcel, a roosting site where thousands of birds gather during high tide, is crucial for the long-term survival of wintering Hudsonian Godwits and other priority migrating species.  It hosts 99 percent of the migrating Alaskan Hudsonian Godwit population and 29 percent – or more than one out of four – of the Godwit’s world population during the winter months. A full 61 percent of the Pacific Coast population of Whimbrels winter in and around the Chiloé archipelago.

“Birds know no borders – it’s our responsibility and privilege to protect them wherever their incredible journeys take them, from the Arctic to South America,” said Audubon President and CEO David Yarnold. “Chiloé Island is a very special place, and we’re glad to partner with a terrific organization like CECPAN to protect these birds and their habitats.”

CECPAN will act as principal title holder, protector, and manager of the parcel. Audubon and CECPAN will work together to monitor the site.  The funding to purchase the land was made available by a grant from the David and Lucile Packard Foundation.

“We are delighted to partner with the National Audubon Society to focus our combined resources on land use challenges, policies and key threats to coastal marine habitat on Chiloé Island, Chile,” said Jorge Valenzuela, CECPAN executive director.  “In order to maintain a sustainable future for the great natural biodiversity so critical to threatened species, we must continue to protect and conserve this rich habitat.”

Located off Chile’s central Pacific Coast, Chiloé Island showcases an astonishing congregation of birdlife and supports critical pockets of marine and coastal biodiversity. The island’s fresh water and abundant forests are home to many endemic and migratory birds, most notably the Hudsonian Godwit and the Whimbrel, two priority species. (Priority species are particularly threatened in terms of their long-term survival and are selected through careful scientific research and analysis.)

Until recently Chiloé remained a relatively undisturbed biological corridor.  However, during the past few decades, Chiloé has experienced serious disturbances to the natural balance, beginning with the advent of commercial aquaculture. Mussels and salmon farms, as well as algae and seaweed harvesting, encroach on and disrupt the habitat of roosting and foraging shorebirds.

Commercial developments, including the urbanization of rural sites close to the wetlands, have also resulted in unregulated vehicular activity over the coastal mudflats, sprawling development across key watersheds, and pollution to many of the coastal waterways and tidelands of the archipelago. This commercial activity brings great uncertainty for the state of Chiloé Island’s natural biodiversity.

“Without protection of this rich ecosystem, habitats for both birds and people will continue to suffer,” said Mr. Valenzuela.

The two organizations are also developing educational programs, strengthening CECPAN, and integrating better conservation practices into local policies. These initiatives spread awareness about the importance of coastal wetland habitats to migratory shorebirds and ensure that Hudsonian Godwits and Whimbrels have a safe and sustainable wintering place for years to come.

CECPAN is a nonprofit organization, dedicated to conserving the natural resources and the iconic untamed nature of the Chiloé Island archipelago.