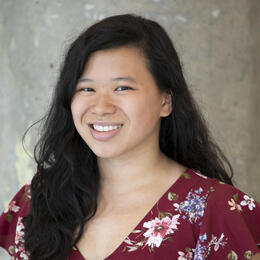 This past April, Audubon California's director of bird conservation, Andrea Jones, published a comprehensive report of year-round bird population trends at the Salton Sea, integrating the results of bimonthly bird surveys taken between 2016 and 2018 with reams of historical data. Jones and her team braved the heat and occasional dust to help solve the puzzle of how to restore the shoreline and wetlands that surround the sea itself. The regularity of Audubon’s surveys ensured that they were getting a holistic picture of the changing bird population dynamics and stood a better chance at counting the migratory birds potentially missed by the Audubon's annual Christmas Bird Count and aerial surveys by the California Department of Fish and Wildlife (CDFW).

The upshot? The Salton Sea's bird populations are changing, mostly by losing fish-eating birds like pelicans because the sea is becoming too salty to support a large fish population, but it is becoming a critical stopover haven for shorebirds like Western Sandpiper.

“It’s nothing that people on the sea don’t already know, but sometimes you have to put it on paper so it’s documented,” Jones says. “It’s also important to government agencies that don’t have access or aren’t doing the work to be able to say ‘Ok, now we have the data to prove that the bird populations are changing.’”

Jones did not come to the Salton Sea to write a report. She did not even start the bird count with a report in mind. She just knew someone had to start getting a better sense of what was going on. Jones had just come off of a paradigm-shifting triumph at Owens Lake, where she helped lead the intense negotiations and habitat restoration work that turned the now-former dust-bowl into a bird haven, and the Salton Sea drew her in with its parallel challenges. Both were inland saline bodies of water in peril that needed advocates willing to work with the government to save the ecosystems and make liveable conditions for the communities around them. So with small teams of two to five people, Audubon began to count the birds ten-by-ten.

Jones says that it takes eight hours total, spread over one to two days, to survey the 14 chosen locations. In up to 118 degree heat, with salt and dust coating their skin, Jones and her team make their way across the Salton Sea’s water’s edge, scopes, snacks, and water in tow.

The team consists of Jones, Ryan Llamas, Salton Sea program associate, ecologist Dan Cooper, and local birders. Each survey party is kept intentionally small to avoid disturbing the birds, but Jones says that the Salton Sea team is eager to engage the community more after successfully incorporating volunteers to do tallying during a survey this past May. Sometimes members of the CDFW and the US Fish and Wildlife Service, often experienced birders, donate their time to count birds at the southern end of the sea while Jones’ team handles the north.

After collecting the data, Jones works with Daniel Orr, a spatial & GIS ecologist at Audubon California, to crunch the numbers. He analyzes the data and creates visualizations to represent population changes. Orr says that they plan to continue the surveys, now monthly.

In the meantime, restoration at the Salton Sea is seeing renewed interest, and Jones says the CDWR confirmed that the scheduled restoration and mitigation projects are “picking up speed” after a series of delays due to confusion caused by mixed-land ownership.

Two projects are already underway. The CDWR says the Red Hill Bay project, which will cover areas of the playa with saline water, is scheduled to be completed within a year. Another, the Torres Martinez Wetlands Project, plans to enter the next phase of its wetland restoration project, which entails filling the ponds they dug with water and vegetation to increase habitats by up to 61 acres. However, the project must find a solution to water seepage before moving forward, Vivien L. Maisonneuve, program manager for the CDWR, says.

Although glad the habitat projects are moving along, Jones says she appreciates the time taken to get things right with the landowners and that it is important to engage community members in the process of building habitats.

“You have to bring all the parties to the table. In addition to the environmental NGOs that we partner with at Sea,” Jones says. “you also have to bring all the other stakeholders together when thinking through solutions to sustaining a future Salton Sea and that means the landowners, economic interests, tribal interests, agencies. Everyone has to be there talking about it. Everyone's voice has to be represented.”