NEW YORK — Eli Lilly announced today it would begin using a synthetic molecule rather than the blood of horseshoe crabs—widely used by biomedical companies to test for the presence of bacteria.

David O’Neill, chief conservation officer for the National Audubon Society, said, “This is a win-win for birds and for business. We hope this has come just in time for the Red Knot, an endangered shorebird that relies on horseshoe crab eggs in the Delaware Bay to refuel before they continue their journey to raise their young in the Arctic. We encourage other biomedical companies to follow Eli Lilly’s lead.”

Biomedical companies have been harvesting the crabs and bleeding up to 30 percent of their blood before returning them back to the ocean though research reported in a 2016 edition of Scientific American has shown that up to 30 percent of the crabs die or become disoriented and unable to spawn as a result of the blood harvest. Lower rates of spawning reduces the food supply for Red Knot, an endangered shorebird whose population is in decline. It’s not clear how many crabs are harvested since companies are not required to disclose how many they take. However, it should be noted that the FDA requires that horseshoe crab blood be used in testing for bacteria on any medication or device intended for use in the human body.

At a press conference today, New Jersey Audubon CEO Eric Stiles said, “Today’s announcement can be a big win for shorebirds and shareholders alike. The Delaware Bay, one of the five top shorebird migration stopovers and home to the world’s largest horseshoe crab population, is our Serengeti. Threatened by the overharvest of crabs as bait, the shorebird populations have plummeted by 75 percent. Keeping breeding horseshoe crabs spawning on the Delaware Bay beaches is the most important action we can take for saving these shorebirds.”

Learn more about the Red Knot and Audubon's Coastal Bird Stewardship program, which includes a toolkit with all the basic information beach steward program organizers and stewards need to help protect nesting, wintering, and migrating coastal birds from human disturbance in their community.

The National Audubon Society protects birds and the places they need, today and tomorrow.  Audubon works throughout the Americas using, science, advocacy, education and on-the-ground conservation.  State programs, nature centers, chapters, and partners give Audubon an unparalleled wingspan that reaches millions of people each year to inform, inspire, and unite diverse communities in conservation action.  A nonprofit conservation organization since 1905, Audubon believes in a world in which people and wildlife thrive. Learn more how to help at www.audubon.org and follow us on Twitter and Instagram at @audubonsociety. 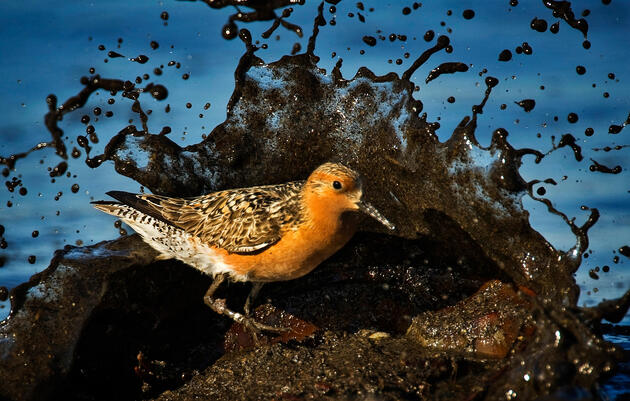 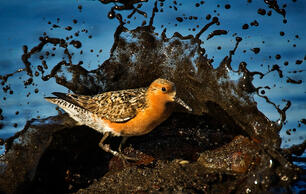 The tiny, threatened bird is an omen for how devastating ocean acidification can be. 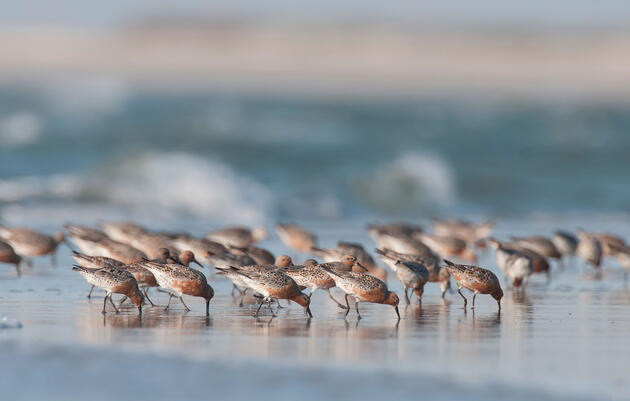 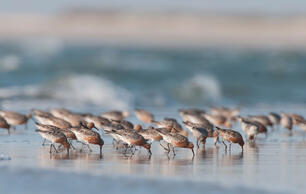 For prime viewing, head to these East Coast beaches. 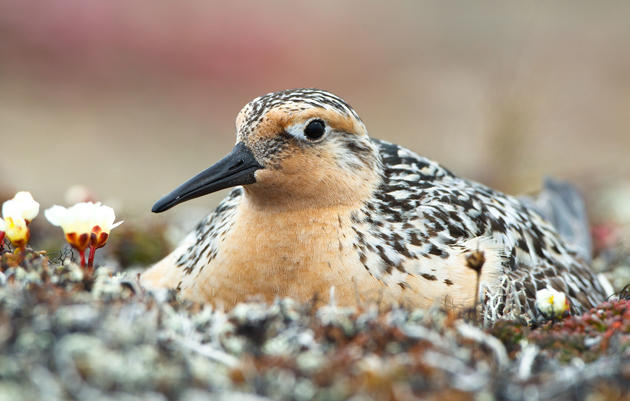 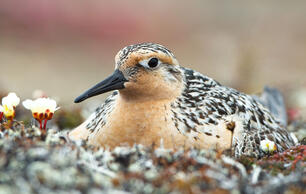 The Arctic Is Shrinking, and so Are Its Birds

In West Africa, Red Knots are 15 percent smaller today than they were 30 years ago—and climate change may be to blame.