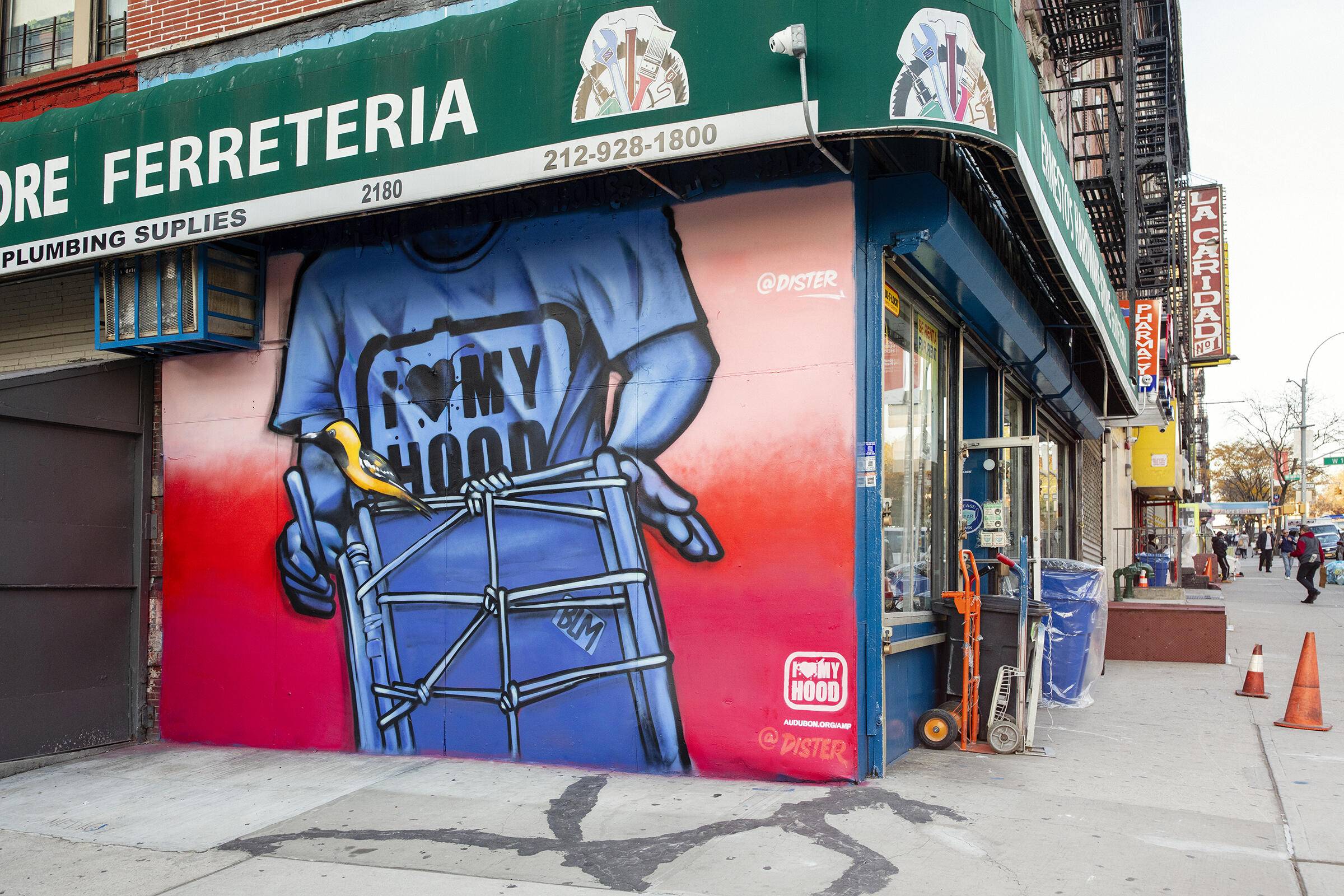 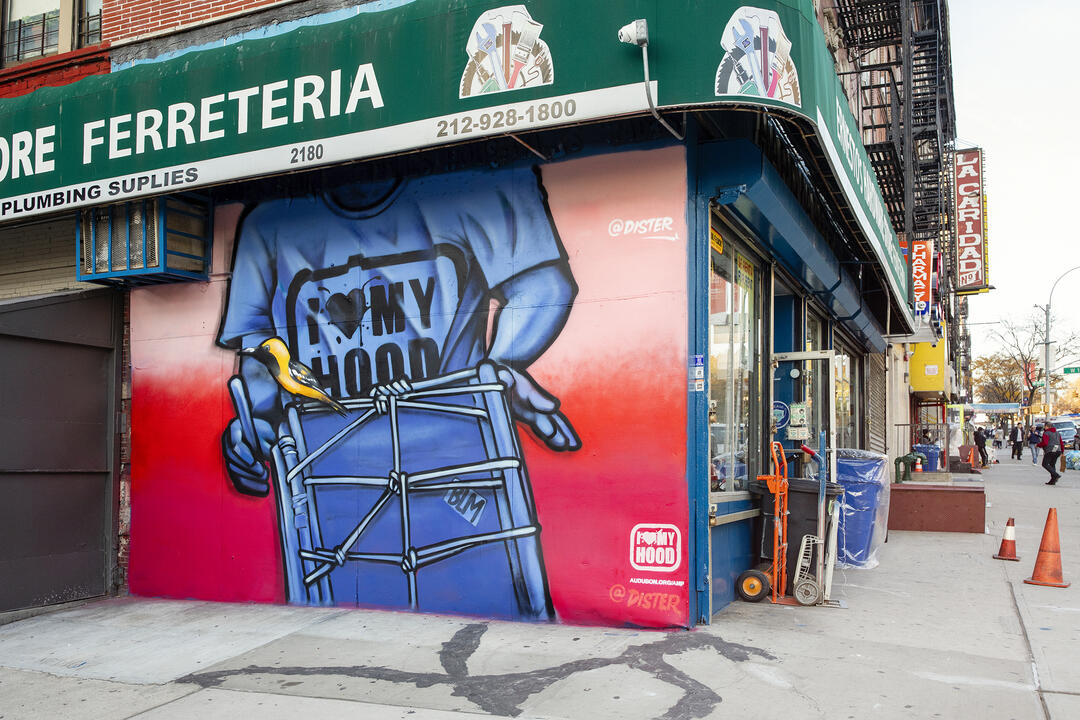 About the Bird: A secretive bird whose range extends only as far north as far southern Texas, the Audubon's Oriole is a striking black and yellow—if you can see it. The bird may be more likely detected by slow whistles coming from deep in a thicket. While it may gain some territory in Texas as the climate warms, it’s poised to lose as much or more, including nearly all of its Mexican range. The species is also at risk from other effects of climate change that will imperil its food and habitat, including severe drought.

About the Artist: Born and raised in the Washington Heights neighborhood of New York City, where this mural is located, Dister has always been a part of an amazing culture that is more than its food and dance, but also can’t be defined without it. From a young kid finding his way as a graffiti writer and club dancer, Dister evolved into a professional muralist and artistic director while also building a successful career as an international dancer and choreographer. Using the tools from these fields, he has pivoted to focus on education, working as an adjunct professor in several universities in New York and abroad.