That odd call that sounds like a rusty gate? We’re actually hearing a pair of Bald Eagles, and they’re getting ready to nest.

Bald Eagles build large stick nests in tall trees, which they use year after year. And these nests endure rough treatment.

Young eagles perch on the edge and flap their wings while holding on with their feet to avoid premature departure. This upward tugging can pull apart sections of the nest. The young birds may also yank at sticks with their beaks and chuck them over the side. Weather and wind take their toll, too.

So every year, the eagles have to rebuild their bulky nests. An eagle looking for material may fly at a dead branch that’s still attached to a tree. Coming in feet first, the bird hits the branch with its talons and, using its forward momentum, breaks off the limb. The eagle then carries the branch, often up to five feet long, back to the nest and wedges it in. And here’s something amazing: Bald Eagles have been known to carry sticks more than a mile to their nest.

BirdNote is also available as a podcast.  Find out more when you visit our website, BirdNote.org. I’m Michael Stein.

BirdNote's theme music was composed and played by Nancy Rumbel and produced by John Kessler. 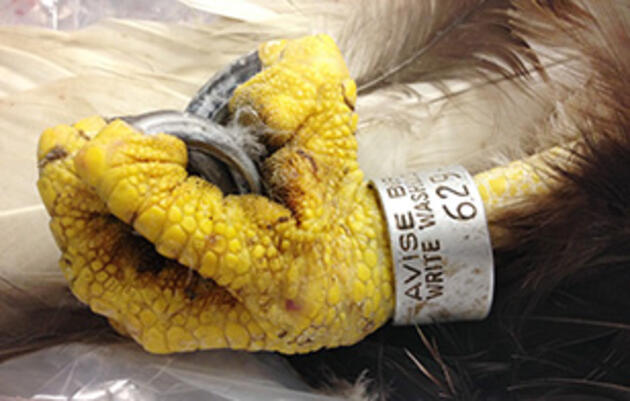 Eagle 629-03142 lived to see its species come back from the brink—and even played a role in the recovery. 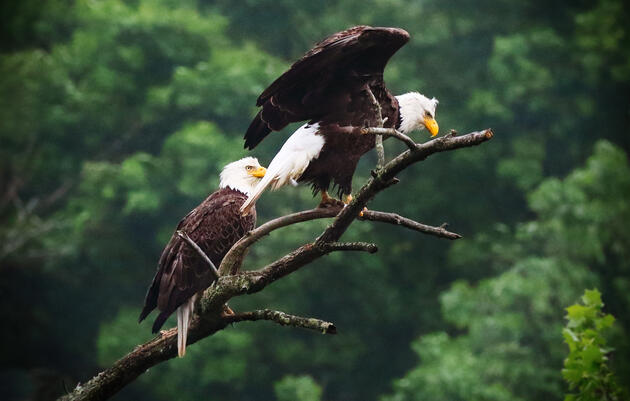 The Bald Eagle Nest Cam That Hatched a Global Community

A pair of the raptors nesting in Pennsylvania have transformed hundreds of strangers into a tightknit group. 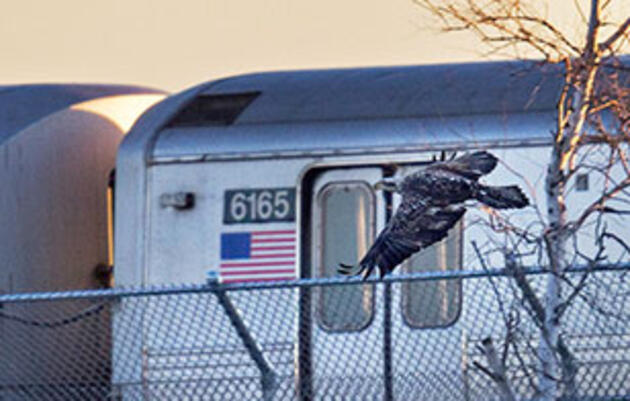 The New Normal: Bald Eagles in the Big City

After cozying up in the spring, Bald Eagles settle into New York City for another winter.