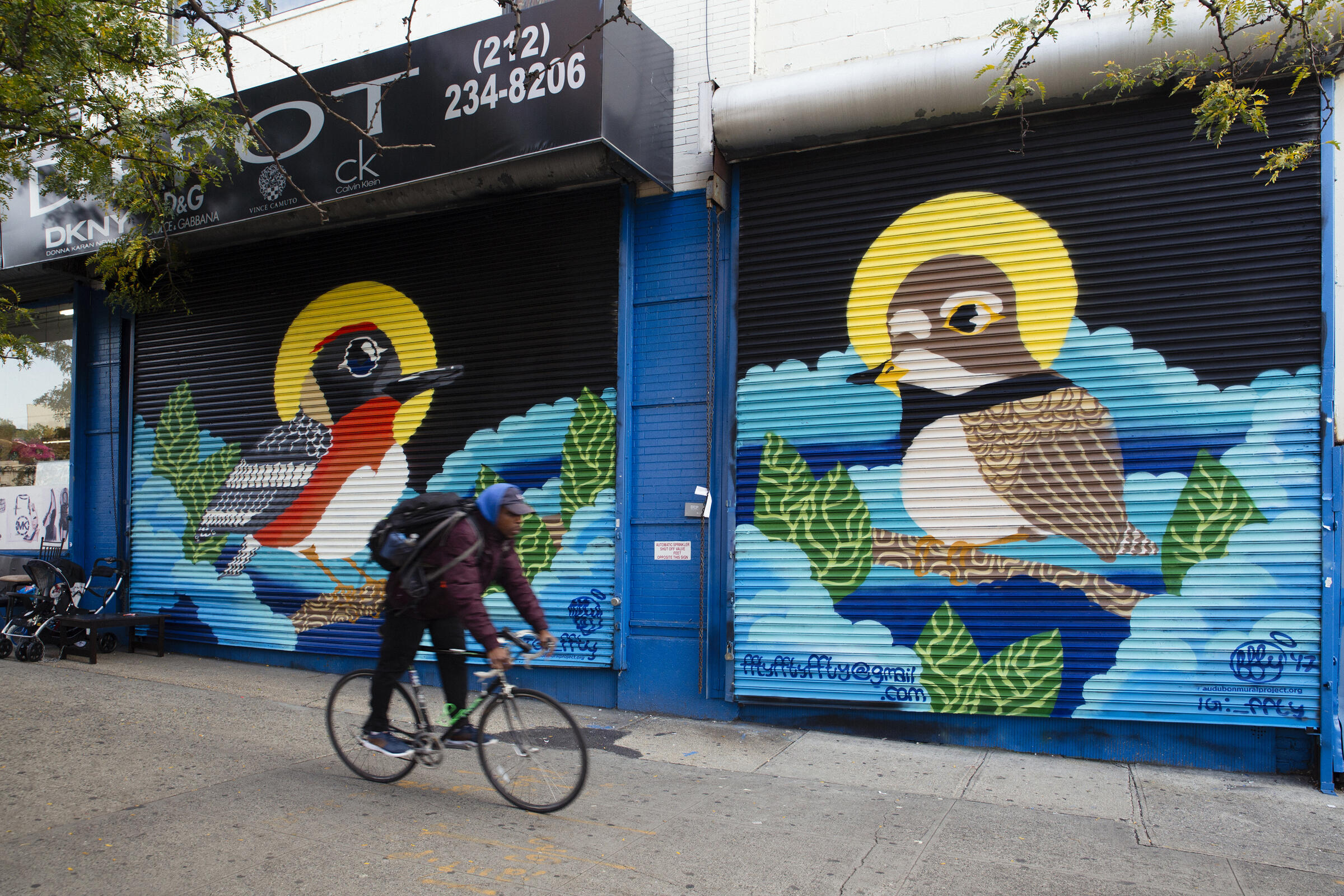 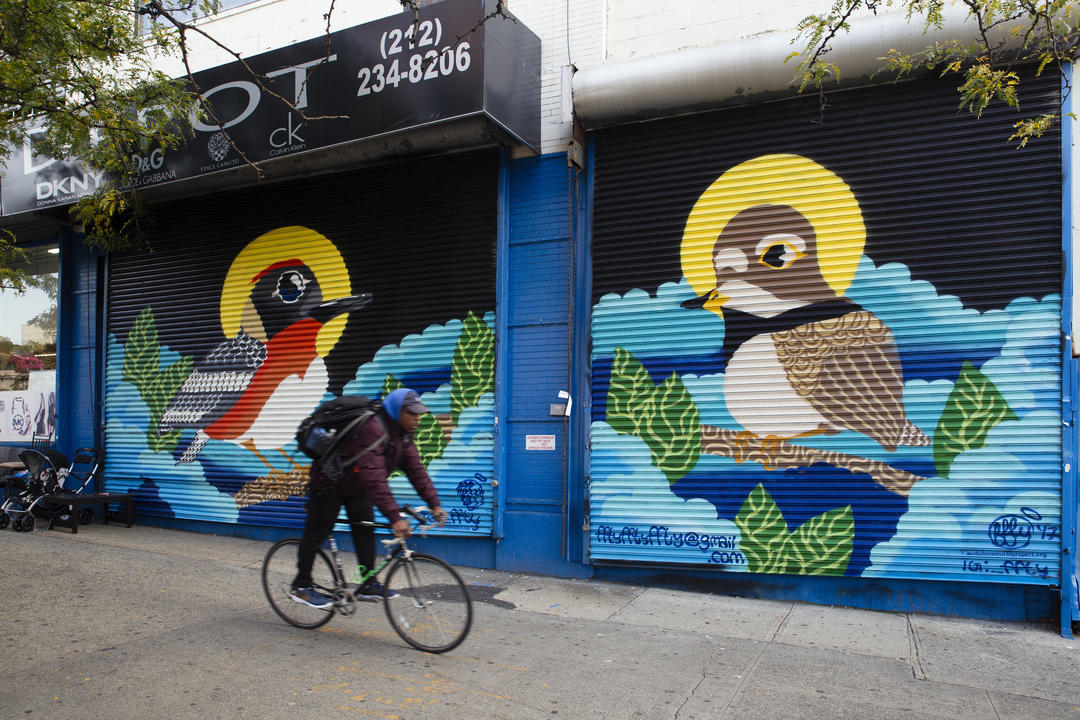 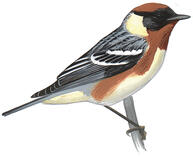 About the Birds: The Bay-breasted Warbler feasts on spruce budworms during the Canadian summers. Audubon's climate model projects that while it will gain some new territory in Canada and Alaska, the bird will lose 100 percent of its existing range at the current rate of global temperature rise. The Semipalmated Sandpiper is likewise vulnerable to climate change because of its dependence on rapidly warming Arctic tundra in the summer and its key coastal stopover habitat along coasts is threatened by sea-level rise.

About the Artist: Paul Johnson, also known as FIFTY or FFTY, is a self-taught multidisciplinary artist based in Detroit whose techniques include photography, murals, prints, and tattoos. He tries to convey happy and fun expressions: His work tends to deal with cartoon-based illustrations and the abstraction of colors and shapes playing together. He's a big fan of the simple and cute qualities of kawaii and anime. “I felt both birds looked really cute and small,” he says of the bird species he painted. “I chose the Bay-breasted Warbler because of its beautiful color, and I picked the Semipalmated Plover because I liked its detail above the beak. They remind me of chibi versions of birds, or something that is smaller in stature compared to the majority.”