There’s no other sound along a stream or waterway quite like the reverberating, metallic call of a Belted Kingfisher.

As the showy, crested kingfisher flies overhead, strong staccato wing-beats and white wing-patches flash a Morse-code pattern. The bird’s power is in its large head and sharp bill. The king of fishers hovers over water, then dives headfirst to catch its prey in its bill. Emerging from the water, the bird flies back to a perch. There it juggles the meal—usually a fish, frog, or crawdad—into position and gulps it down.

At this time of year, the best places to see Belted Kingfishers are along sandy banks, where they are busy digging nesting burrows. These stocky, short-legged birds use their front claws—with two forward-pointing toes fused together for added strength—and their strong bills to dig holes. The holes typically reach three to six feet into the sandy bank, but some nesting holes can extend 15 feet.

When not perching, fishing, or building a nesting burrow, the Belted Kingfisher dashes through the air, warning intruders with its rapid-fire call.

You, too, can dig deeper—and see a photo—when you come to our website, birdnote.org. I’m Michael Stein.

Bird sounds provided by The Macaulay Library at the Cornell Lab of Ornithology, Ithaca, New York. Recorded by S.R. Pantle. 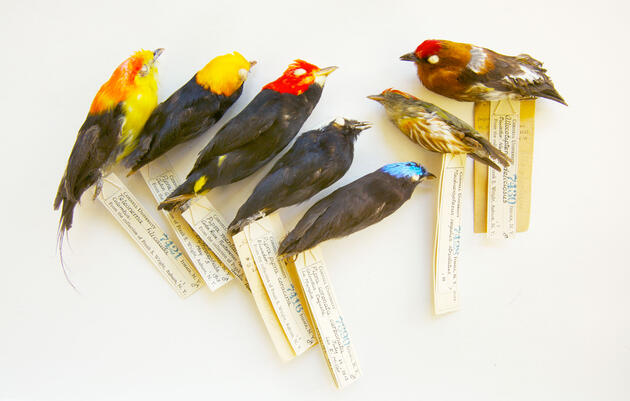 800 Comments and Counting: The Reasoning Behind Our Kingfisher Posts

Our recent stories on specimen collection made waves across the media landscape. Here’s what happened—and how people responded. 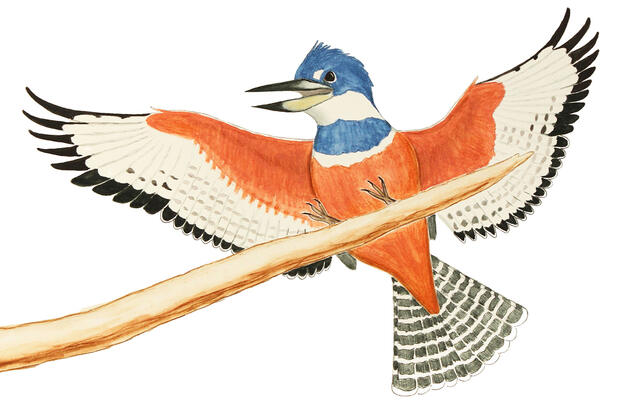 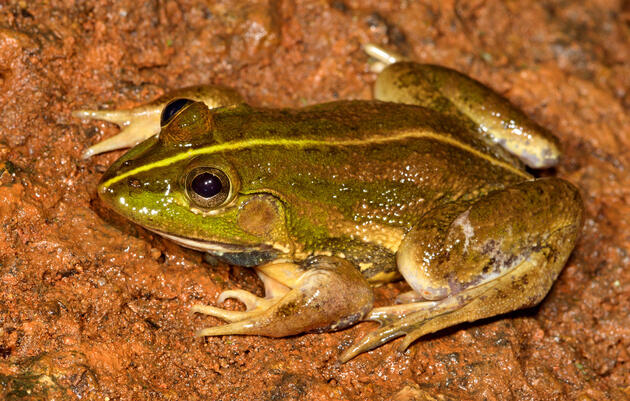 How a Kingfisher's Call Concealed an Unknown Species of Frog

In India, a group of herpetologists recently discovered a new amphibian that sounds a lot like a White-throated Kingfisher.