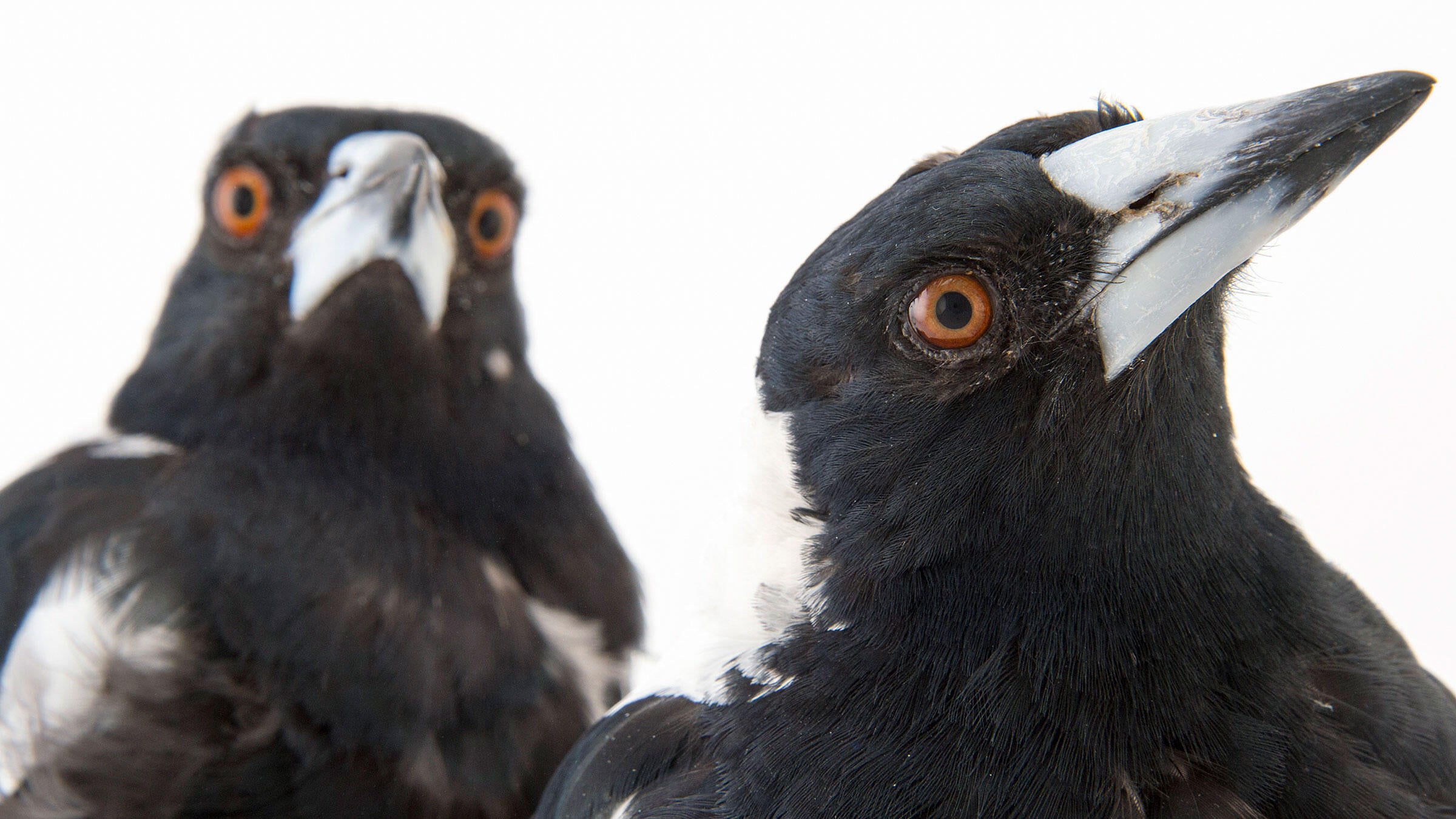 A crow is supposedly as smart as a 7-year-old. Here’s how scientists figured that—and other facts—out.

Forget the old saying: Birds are pretty bright. They’re capable of navigating thousands of miles during biannual migrations, using tools to better access their food, and even counting from left to right. The basic definition of intelligence is the ability to solve novel problems, says Damian Scarf, a psychology professor at the University of Otago in New Zealand. And at least some birds have the knack—heck, crows’ reasoning skills might even be on par with those of a 7-year-old child.

Unlike kids, however, birds can’t be convinced to sit down and take IQ tests. So how do researchers suss out avian smarts? They have a battery of bird-specific tests that assess the baseline braininess of species as a whole, and show the range of avian intelligence between species and individuals (just like humans, some individual birds are brighter than others).

Here is a sampling of standardized tests and creative assessments that scientists have used to gauge bird intelligence.

Test: A bird is presented with two strings. One is visibly connected to a piece of food. Can the bird pull the string that will bring it its reward?

Result: If the animal successfully chooses the right string more often than it chooses the wrong one in a series of trials, it shows that the bird can solve problems in its head, not just through trial and error. Many bird species have passed the test, including parrots, ravens, turkey vultures, and crows (though because the inexperienced crows didn’t consistently choose the strings attached to food, researchers are still not quite sure if the test showed that the birds understand connectivity, or if it just proved they could be trained to pull the right strings). In one 2013 study, researchers found that pigeons could successfully “pull” the right string when the experiment was simulated on a touch screen (a new method that helps researchers use the same test on species whose beaks or feet prevent them from physical string-pulling). Other species, such as chimpanzees and human children, have also successfully completed the test, though it stumped man’s best friend.

Test:  Researchers place food inside a clear box that has several different access points. The smarter the animal, the faster it will figure out how to get to the chow.

Result: In one experiment, chickadees that live at higher altitudes completed the task much more quickly than those that dwell at lower elevations; the finding could indicate that difficult survival conditions lead to better problem-solving skills. In another trial, researchers used the box test to compare the manner and speed with which crows and parrots explore their surroundings—the different methods the species employed to complete the same tasks helped the researchers conclude that, though their minds work differently, the two species probably have similar cognition—something that has been difficult to assess in the past.

Test: In one ancient Greek lesson, a crow sates its thirst by dropping small stones into a pitcher until the water is easily accessible at the top of the vessel.  In a 2014 experiment, researchers set up a similar scenario, providing birds a water-filled tube with floating food just out of reach, and sinkable objects.

Result: The crows consistently put objects into the tube until the treats were high enough to munch. Scientists have conducted similar tests on rooks and jays, and even on children.

Birds also possess a number of different cognitive abilities that can’t be assessed with the standardized tests above. So researchers have developed new and creative ways to better understand specific elements of their brains.

Study: In 1998, researchers in a lab gave scrub jays perishable wax worms (one of their favorite foods) and the birds hid them to eat later—a common practice among corvids. Tracking the birds revealed that the jays stopped retrieving the worms after about five days, by which time the wigglers had started to decay.

Takeaway: The researchers concluded that birds understand the passage of time.

Takeaway: When researchers looked at the genetic analyses and the aggressive behavior, they discovered that jays were less friendly toward birds that aren’t closely related to them. How exactly they identify their kin is unknown, but they may be able to tell by physical appearance. The researchers hypothesize that jays, which live and work cooperatively, wanted to keep outsiders away, so as to limit competition from birds outside of their gene pool.

Test: Researchers at the University of Washington had a feeling that crows on campus, some of which they occasionally temporarily brought into the lab, could recognize them. To see if the birds truly did remember human faces, in 2010 the researchers donned masks, then behaved in a way that was “dangerous”—capturing and banding crows—or neutral, not capturing crows. They caught and released five groups of up to 15 crows around Seattle.

Takeaway: For the next three years, the crows scolded and mobbed (swooped around, pooped on) anyone wearing the “dangerous” mask, even if it was on a different person or if the wearer was in a large crowd. The study revealed that a single negative interaction is all it takes for crows to form a grudge. What’s more, the antagonized birds recruited other crows to scold the offending humans, though the researchers aren’t quite sure how they did that.

Test: In the first, simpler phase of one 2014 experiment, crows were shown three cards, each with a color or shape on it. The middle card matched one of the two cards on either side, both of which were on top of small cups; a reward was placed in the cup with the matching card. The two crows quickly became very skilled at locating the reward by matching. Then the researchers changed the task: none of the cards matched, but two had similar qualities. For example, the middle card might have two similarly sized squares, and its match would have two similarly sized circles.

Result: To the researchers’ surprise, crows were able to complete this more complicated task with ease, even without training. They used the skills they’d gained in the first experiment to master the second. Apes and monkeys had aced similar tests in the past and proved to scientists that they have analogical reasoning—the ability to transfer skills learned in one task to a different one. The crow study marked the first time an animal other than a mammal was shown to have analogical reasoning.

Test: In 2008, a cockatoo named Snowball took the Internet by storm when his owners posted several videos of him dancing to popular songs, apparently keeping the rhythm. Scientists saw the video, and put him to the test. They played a number of different songs and watched to see if the speed of the bird’s movements changed accordingly, and too often to be pure chance.

Result: Snowball is a good dancer (as are, probably, other birds like parrots)—about as good as a human four-year-old. His sweet moves are the first evidence that birds have tempo sensitivity, and add to the evidence that animals (including us) have a natural musical inclination.

Even though scientists have learned a lot about birds’ cognition and have developed creative ways to test it, there are also some aspects of bird intelligence that are hard for us to grasp, let alone study. We don’t have homing abilities, for example, so scientists still struggle to develop tests to understand how that works. However, scientists have made impressive progress in bird cognition in the last decade alone—and technological advances such as touch screens have enabled researchers to find new and creative testing methods. “These new sorts of tests provide us with another view into birds’ intelligence,” Scarf says.

While we’re still a long way from bird-brained being a compliment, maybe corvid-clever will take hold in the interim.

Correction: This story has been updated to reflect the fact that the dancing cockatoo is named Snowball, not Snowflake.