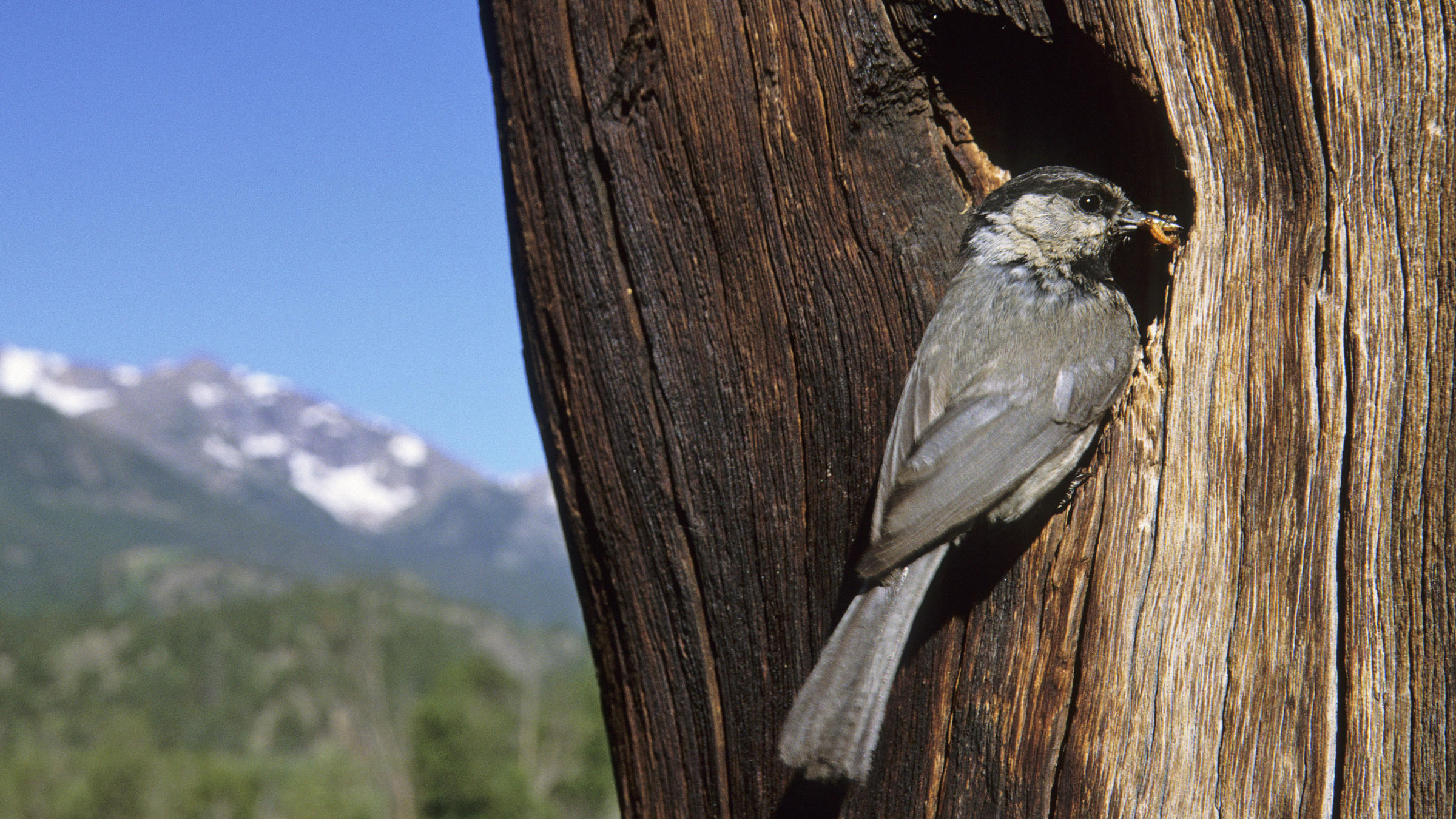 The Higher the Altitude, the Smarter the Mountain Chickadee

Is adversity the best teacher? New research on the effects of living in harsh environments on Mountain Chickadee intelligence says yes.

Mountain Chickadees that live at higher altitudes, where winters are particularly severe, solve problems much faster than their lower-elevation counterparts. Similar traits have been noticed among Black-capped Chickadees, according to the study, published last week in Behavioral Ecology and Sociobiology.

The birds were then taken back to Reno, where members of the higher-elevation group figured out much more quickly how to remove a cotton plug from a clear test tube, thereby securing access to a tasty waxworm treat.

“The idea is that if you live in a harsh environment,” says Kozlovsky, “you would need those kinds of abilities to survive.”

It’s part of a growing research corpus demonstrating animals that survive in tough conditions tend to perform much better on cognition tests. In 2014, tests of goat cognition showed that the braying ungulate was much smarter than initially believed, getting top marks in long-term memory tests compared to animals with similarly sized brains. The researchers suggested that their problem-solving acumen was thought to come from a lifetime of thinking on their feet—navigating steep cliff sides for even the smallest morsel of grass.

And not long ago other researchers from the University of Nevada, Reno, revealed that Mountain Chickadees living at higher elevations are far better at remembering where they’ve stored food. They determined that higher-elevation Mountain Chickadees have bigger hippocampi, a part of the brain especially important for memory. The bigger hippocampi apparently helped, as these chickadees made fewer errors in recovering the food they had stashed away. They also remembered where the food was for a longer duration of time.