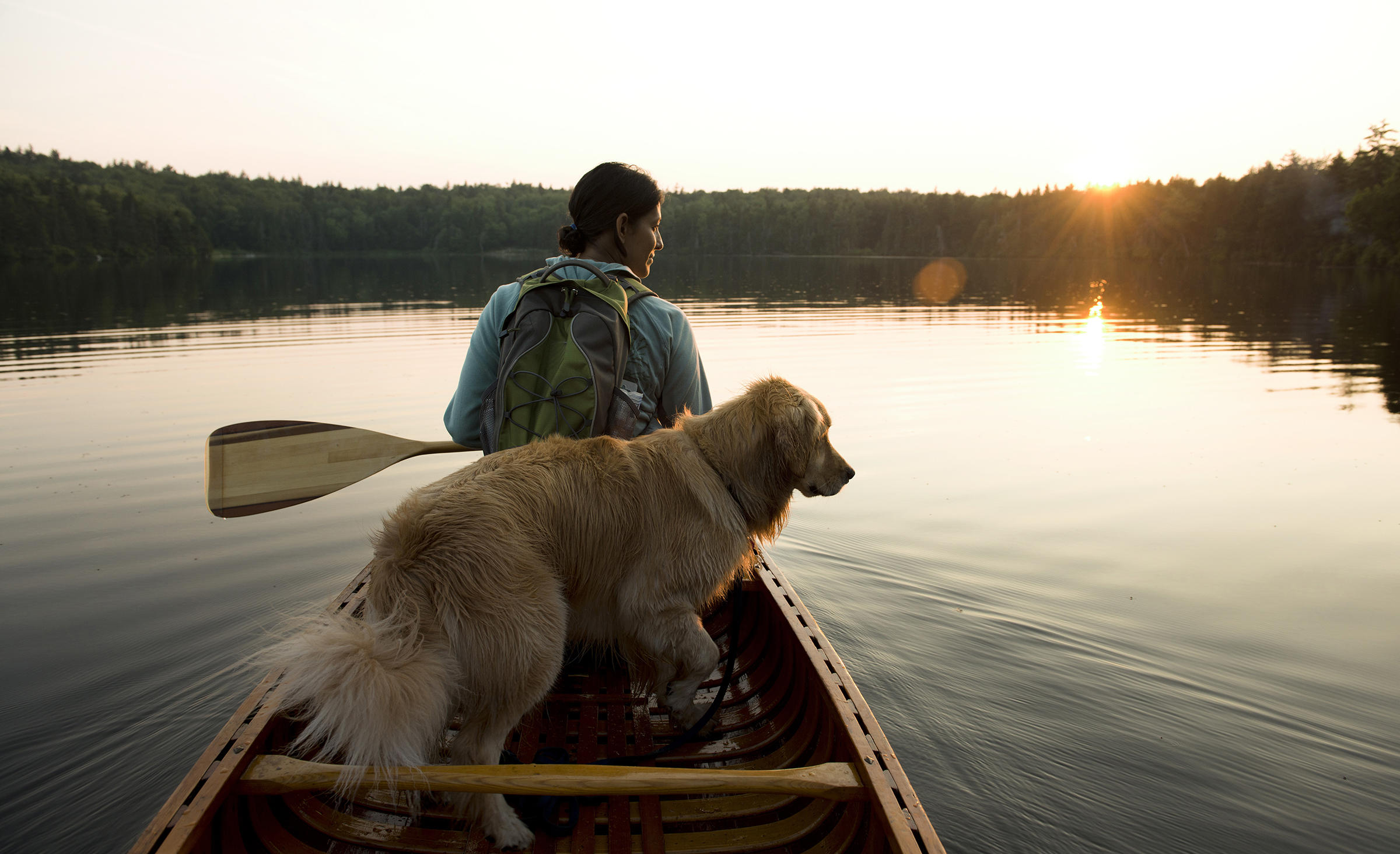 Well known for being green—both in trees and residents' lifestyles—Vermont might be right for your next birding adventure.

Less than 10,000 square miles and famously green (in terms of both forested area and environmental awareness), Vermont offers birding experiences disproportionate to its small size.

The state’s bird list tops 380, thanks in part to expansive Lake Champlain and the wetlands along its shoreline, as well as mixed forests of hardwood (mostly beech, birch, and maple) and conifers that cover more than three-fourths of the state.

A birding tour of Vermont should include areas along the Connecticut River, which forms the state’s eastern border, and sites on Lake Champlain, in the northwest. Also high priority would be a visit to the region called the Northeast Kingdom, a somewhat remote area on the Canadian border that’s noted for Spruce Grouse, among other north-country species. Mount Mansfield, at 4,393 feet Vermont’s highest mountain, is another worthwhile birding destination.

And there’s one more factor tipping the scales toward birding in Vermont: The populace is famously outdoorsy and friendly, so there’s a good chance you’ll run into a local birder who can advise you on your travels throughout the state.

Thousands of Snow Geese rest and feed in the fields of Dead Creek Wildlife Management Area in fall, a celebrated event among nature lovers. There’s a designated viewing area on Highway 17, 1.8 miles west of Highway 22A.

A good all-around bird site is the road that heads south from Highway 17 just west of Dead Creek, crossing the creek in less than a mile. Other access points to the riverine wetlands include West Road, west off Highway 22A, and Panton Road.

Less than four miles from the Canadian border, 6,729-acre Missisquoi National Wildlife Refuge protects a large expanse of wetlands and bog, along with floodplain forest on the edges of waterways. Many birders enjoy exploring the refuge by canoe, but it also has good hiking trails (which may be partially flooded in high-water periods).

As many as 20,000 ducks may be present here in fall, heading south on migration. Osprey and Bald Eagle nest, and the refuge is home to a large colony of breeding Great Blue Heron. Missisquoi has been designated an Important Bird Area and a Wetland of International Importance.

Five miles west of Vergennes, Button Bay State Park has a long bird list for a relatively compact site. Located on a bluff along the Lake Champlain shore, it provides a lookout point for waterbirds on the lake. Birders also visit Button Point Natural Area, a tract of mature hardwood forest, to look for migrants.

Many species of ducks are seen in migration, including occasional rarities. (All three scoters have been seen, along with Harlequin Duck.) Common Loon and Horned Grebe are seen from fall through spring, and Bald Eagle is seen often. Osprey is present in summer. Winter gulls sometimes include an unusual species such as Iceland Gull. Snow Bunting is occasionally found in winter in open areas.

Less than half-mile south of the main park entrance road, a side road leads to a boat-launch site that provides another viewpoint of Button Bay.

Excellent birding is available in the Shelburne Bay area, just six miles south of downtown Burlington. On Bay Road a little more than a mile from Highway 7 is a boat ramp alongside Shelburne Bay Park. More than 200 species have been seen on the bay, from migrant waterfowl, Common Loon, and grebes to summer Osprey and Bald Eagle nearly year round.

Just to the west is Shelburne Farms, a nonprofit educational facility with more than ten miles of trails through 1,400 acres of fields and woods, including views of Lake Champlain. A few of the birds here are Wild Turkey, Cattle Egret, Osprey, Barred Owl, Red-bellied Woodpecker, Pileated Woodpecker, Wood Thrush, Savannah Sparrow, and Bobolink.

Four miles west of Rutland is a wonderful area of cattail marsh with a notable list of nesting birds and migrants.

The Rutland County Audubon Society has taken a special interest in West Rutland Marsh, which features a boardwalk and interpretive trail. In addition, visitors can walk paths around the perimeter of the marsh. With constant visits from birders, West Rutland Marsh has gained a species list of around 200.

Herrick’s Cove, a designated Important Bird Area, is located at the confluence of the Williams and Connecticut rivers, in the town of Rockingham.

River channels, marsh, and forest, with adjacent agricultural fields, make up the habitats here, providing resting and feeding areas for a broad array of bird species. The site is most productive in migration, and has a bird list of more than 225.

Many species of ducks can be common here in spring and fall, along with grebes and Double-crested Cormorant. Osprey can be seen from spring through fall, and Bald Eagle throughout the year. Shorebirds can all be found in migration.

One reason Herrick’s Cove has a large bird list is its attraction to migrant songbirds such as warblers and thrushes. May is the peak season for most.

The tallest peak in Vermont at 4,393 feet, Mount Mansfield rises high enough that its summit has a small area of tundra above treeline. It’s home to many high-elevation species—most famously Bicknell’s Thrush, a bird that in the United States nests only on the highest mountains of the Northeast.

A toll road winds to the top of Mount Mansfield (usually open late May to mid-October), making it easy to get up to the general area for Bicknell’s Thrush. The bird is often hard to find, however, frequenting thick vegetation, so it helps when searching to know its somewhat scratchy, trilling song.

Vermont’s Northeast Kingdom hosts many sought-after birds associated with the northern boreal ecosystem. It’s an area of hardwood forest, spruce-fir-tamarack woods, swamps, and bogs. It has many back roads that can be driven, and a few designated wildlife areas. It’s here that birders search for the often-elusive Spruce Grouse, among other species.

The first stop for a newcomer should be the visitor contact station of the Nulhegan Basin unit of Silvio O. Conte National Fish and Wildlife Refuge. From the community of Island Pond, drive east on Highway 105 for 10.5 miles. Here you’ll find information, maps, a bog boardwalk, and two hiking trails. Back west on Highway 105 a little more than a mile, take South American Pond Road a short distance to the walking trail to Moose Bog in the Wenlock Wildlife Management Area.

At more than 100 miles long, and once briefly classified as one of the Great Lakes, Lake Champlain is an impressive body of water separating Vermont from northern New York. Local opinion is divided as to whether it really has its own Loch Ness-type monster—named “Champ”—but it does have a mammoth birding trail, identifying 88 superb spots near the shoreline and uplands on both sides of the lake. Visit in summer and you’ll find sky-blue eastern bluebirds along the fencerows, sharply patterned bobolinks singing their bubbling songs over the meadows, and wood thrushes delivering their haunting flute solos from deep in the forest shadows. Hooded mergansers, small ducks with elegant crests, nest in the wooded swamps in summer and gather on the open lake during migration seasons, when they are joined by flocks of snow geese, goldeneyes, and many more waterfowl. Winter brings a different set of birds to the Champlain Valley, and if you come here for a coldweather adventure you may get to enjoy such northern creatures as snowy owls, snow buntings, and rough-legged hawks— even if Champ fails to surface. —Kenn Kaufman

The Connecticut River’s upper stretch marks the meandering border between these two New England states, and it also links a series of more than 120 fine birding sites on this trail. Many featured locations are in beautiful forests, and a visit in spring or summer will give you a chance to glimpse such colorful songbirds as rose-breasted grosbeaks, tiger-striped Cape May warblers, and fiery orange Blackburnian warblers. Away from the river, some upland forests are home to birds more typical of the far north. The bold, cheeky gray jays, sometimes called “camp robbers,” are fearless birds that may fly up to greet you, but you’ll probably have to search to find the quiet and elusive blackbacked woodpecker. The region also features many pristine wetlands. In addition to the Connecticut River itself, a favored migratory route for various waterfowl, there are marshes where chunky American bitterns stalk among the reeds and ponds that also host great flocks of ducks during their migrations in spring and fall. Worth seeking out on a special trip are those larger lakes where common loons come to spend the nesting season, filling the summer nights with their wild mournful yodeling. —K.K.