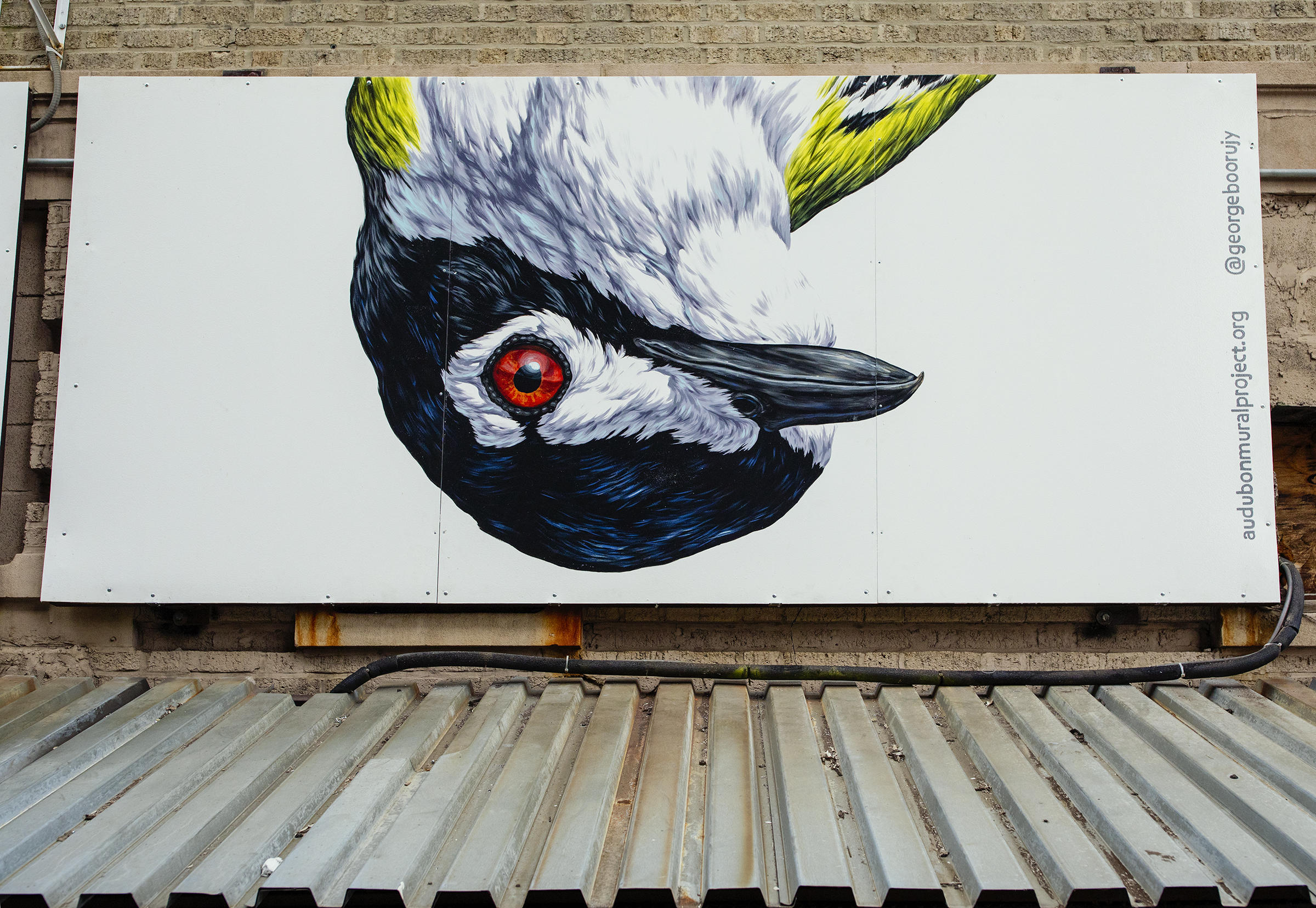 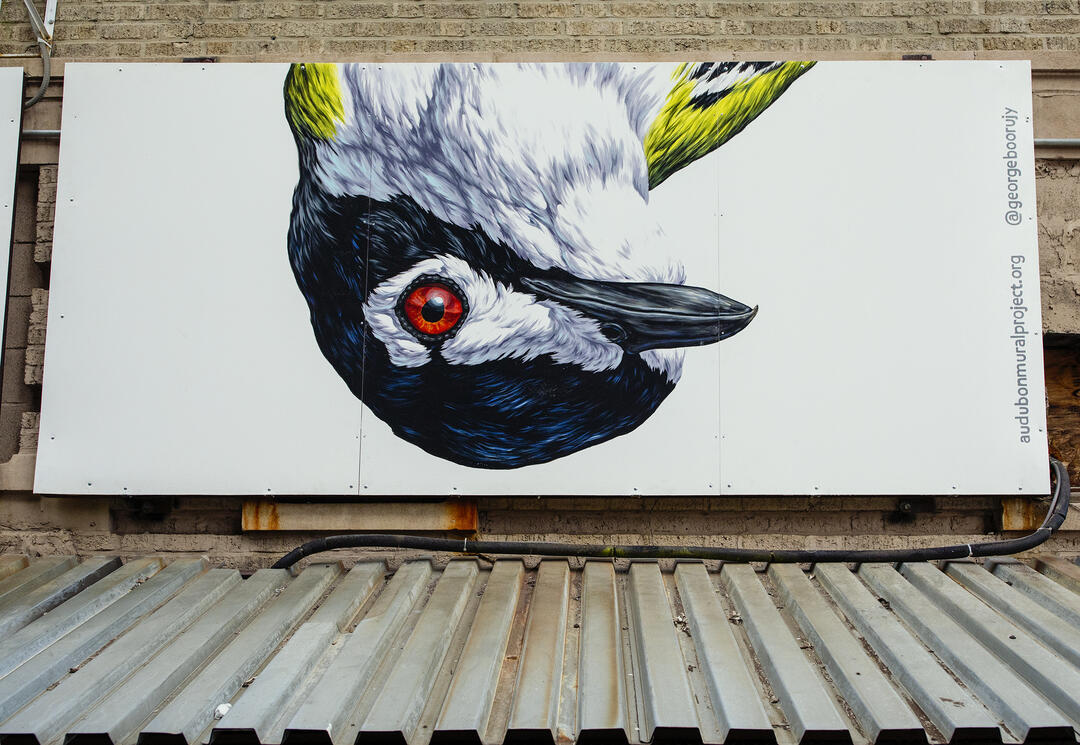 Read the full story behind the mural project's milestone of 100 painted species.

About the Bird: A small, cartoon-like bird, the Black-capped Vireo is limited to oak scrubland in South Texas, Oklahoma, and Mexico. Audubon's climate models show that while the species may expand its range to include a small portion of New Mexico, if warming continues apace, it will lose 87 percent of its existing summer habitat, much of it in Mexico and Texas. It also faces threats that will compound its climate vulnerability, such as increased drought, fire, spring heat waves, and urbanization.

About the Artist: Artist George Boorujy is an artist exploring our relationship to the environment, especially our interaction with and perception of wildlife. He has exhibited widely nationally and internationally and is represented by P.P.O.W. gallery in New York. He paired his murals of a Black-capped Vireo and Gang of Warblers, he said, because ornithologists once paired those bird families as well. Once it was discovered that vireos were actually much more closely related to shrikes, it turned the ornithology world upside down. “This particular species, the Black-capped Vireo, will also feed upside down, so an inverted composition really made sense,” he says. He also liked the Black-capped Vireo for its conservation story: “The bird was listed as federally endangered in 1987 and was pulled back from a precipitous decline, demonstrating the effectiveness of the Endangered Species Act. It was delisted in 2018, but it’s future is far from secure.”