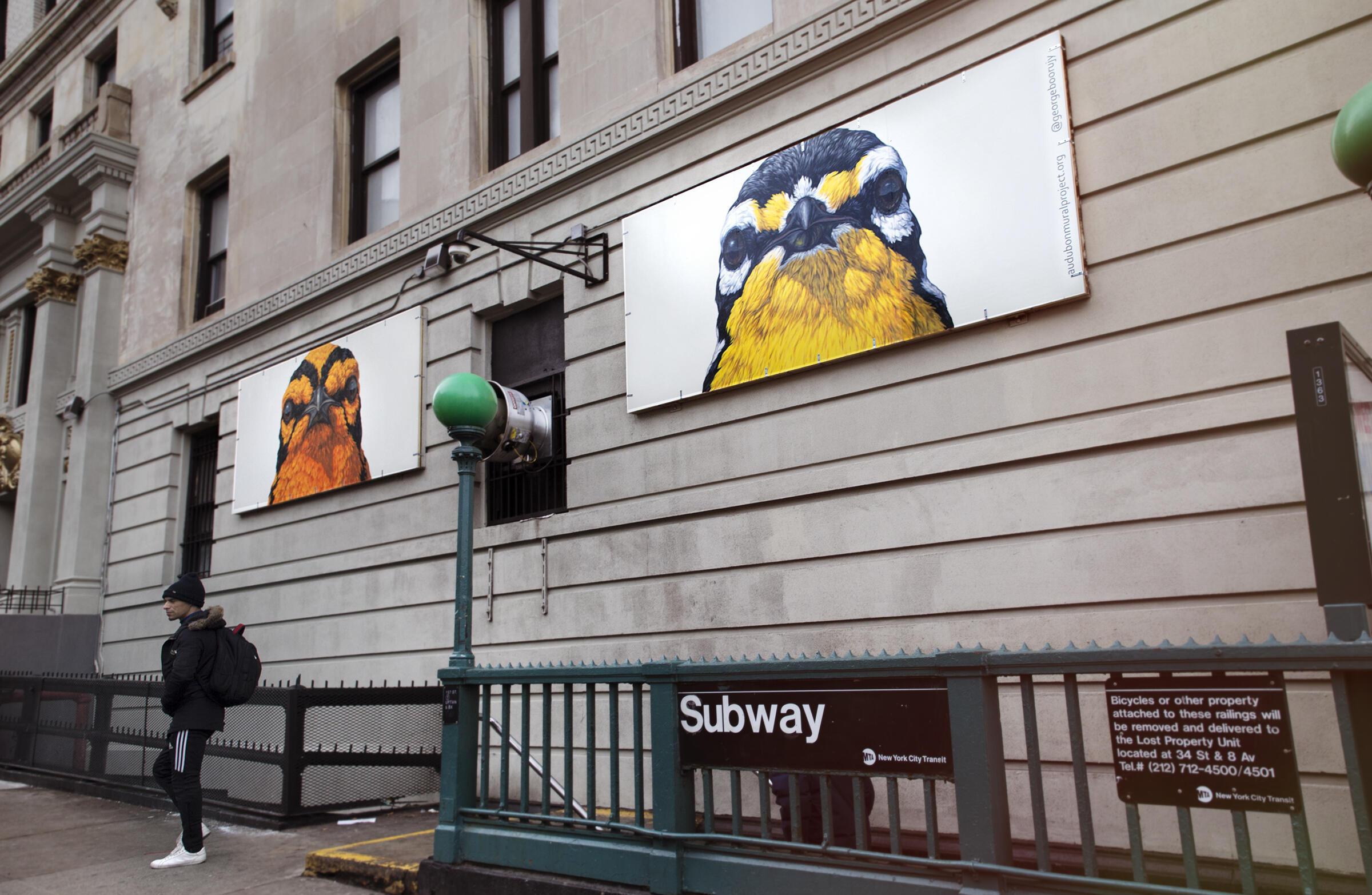 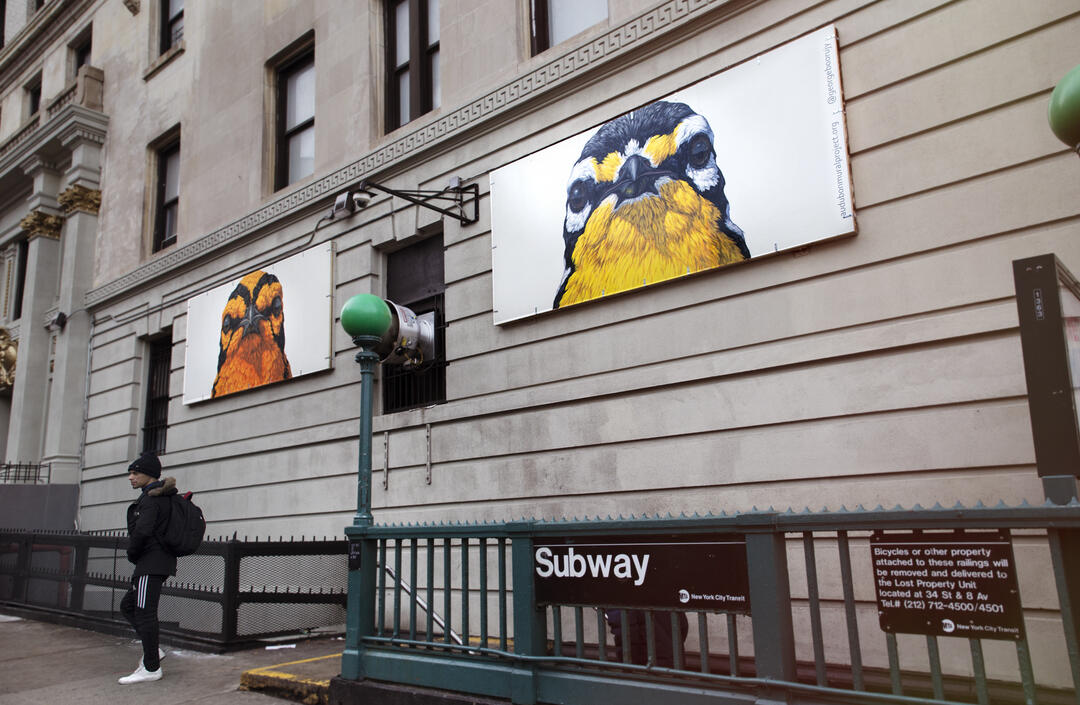 About the Birds: A fiery little warbler, the Blackburnian stands to lose 99 percent of its existing breeding range across the northern United States and Canada; nearly half of that could be saved by limiting warming to 1.5 degrees Celsius. Although it may push north into New York and New England, the Yellow-throated Warbler, meanwhile, may lose 92 percent of its current breeding range as climate change alters its preferred pine- and sycamore-filled landscapes.

About the Artist: George Boorujy explores our relationship to the environment, especially our interaction with and perception of wildlife. He has exhibited widely nationally and internationally and is represented by P.P.O.W. gallery in New York. A personal brush with a Blackburnian Warbler inspired him to paint that species. It happened in the Great Swamp National Wildlife Preserve in New Jersey: “I entered a grove and found myself surrounded by what seemed like dozens and dozens of tiny, brightly colored birds. There were no leaves on the trees and the branches looked decorated with orange and yellow and black. I found out later that what I witnessed may have been a migratory ‘fallout,’ when great numbers of migrants ‘fall’ out of the sky due to weather. There were a few different species, but the one burned into my memory was the Blackburnian. Identifying all these little warblers can be difficult as they all have their own patterning. I liked the idea of contrasting two species, the Blackburnian and another striking species, the Yellow-throated Warbler.”