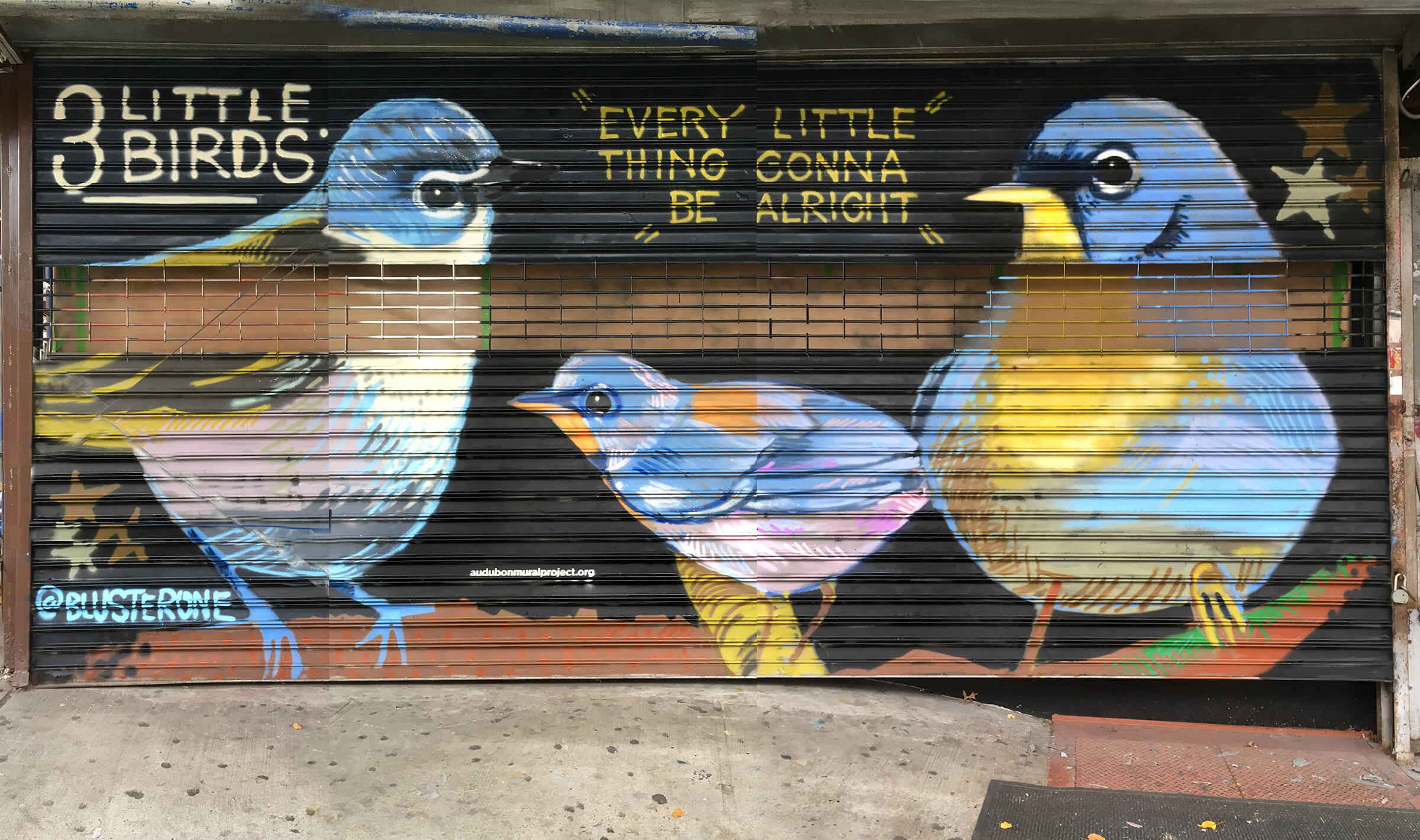 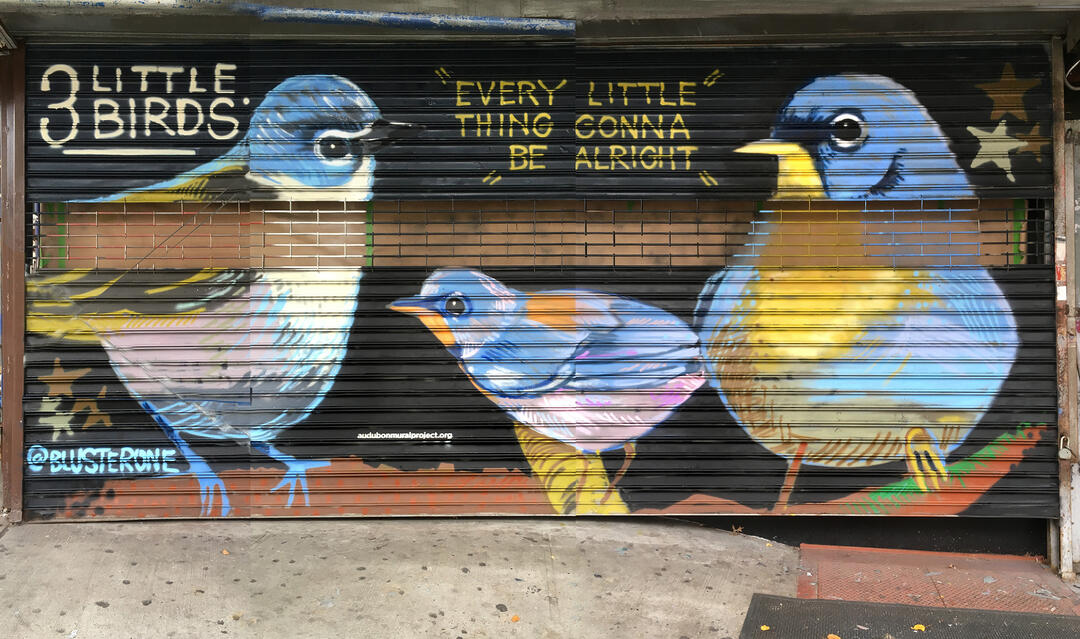 About the Birds: Denizens of mixed forests, the Blue-headed Vireo (above left) and Northern Parula (above center and right) can still commonly be found in the eastern United States and Canada in summer. But rapid global warming is poised to change that, pushing the vireo out of almost all of its current summer range (and the United States) entirely, and the Northern Parula, out of 40 percent of its summer range. The parula’s winter prospects are even more dire, with a projected two-thirds loss of range, including much of Mexico. The Pine Siskin (below) roams the whole continent in twittering flocks. Although its population is abundant now, it stands to lose two-thirds of its summer range and be pushed into the far northern reaches of the continent.

About the Artist: James Alicea, who paints under the name BlusterOne, was born and raised in the Lower East Side of NYC, where graffiti scrawls, primal lettering, and colorful murals first sparked his interest in art. His ability to manipulate letter forms and execute simple line drawings in his compositions comes directly from watching Sesame Street, Electric Company, and ZOOM—three dynamic children’s shows whose objective was to teach the alphabet, numbers, and grammar through music and art. As an original member of The Barnstormers painting collective, Bluster’s work has been shown in New York, North Carolina, Japan, and Puerto Rico. He also cofounded PNB Nation, one of the earliest fashion streetwear brands of the ‘90s. Bluster’s recent work combines a limited color palette of black and orange with detailed images of melting letters and other iconography, pulling viewers’ eyes across the picture plane to bear witness to a world he has termed: GoodStrange.