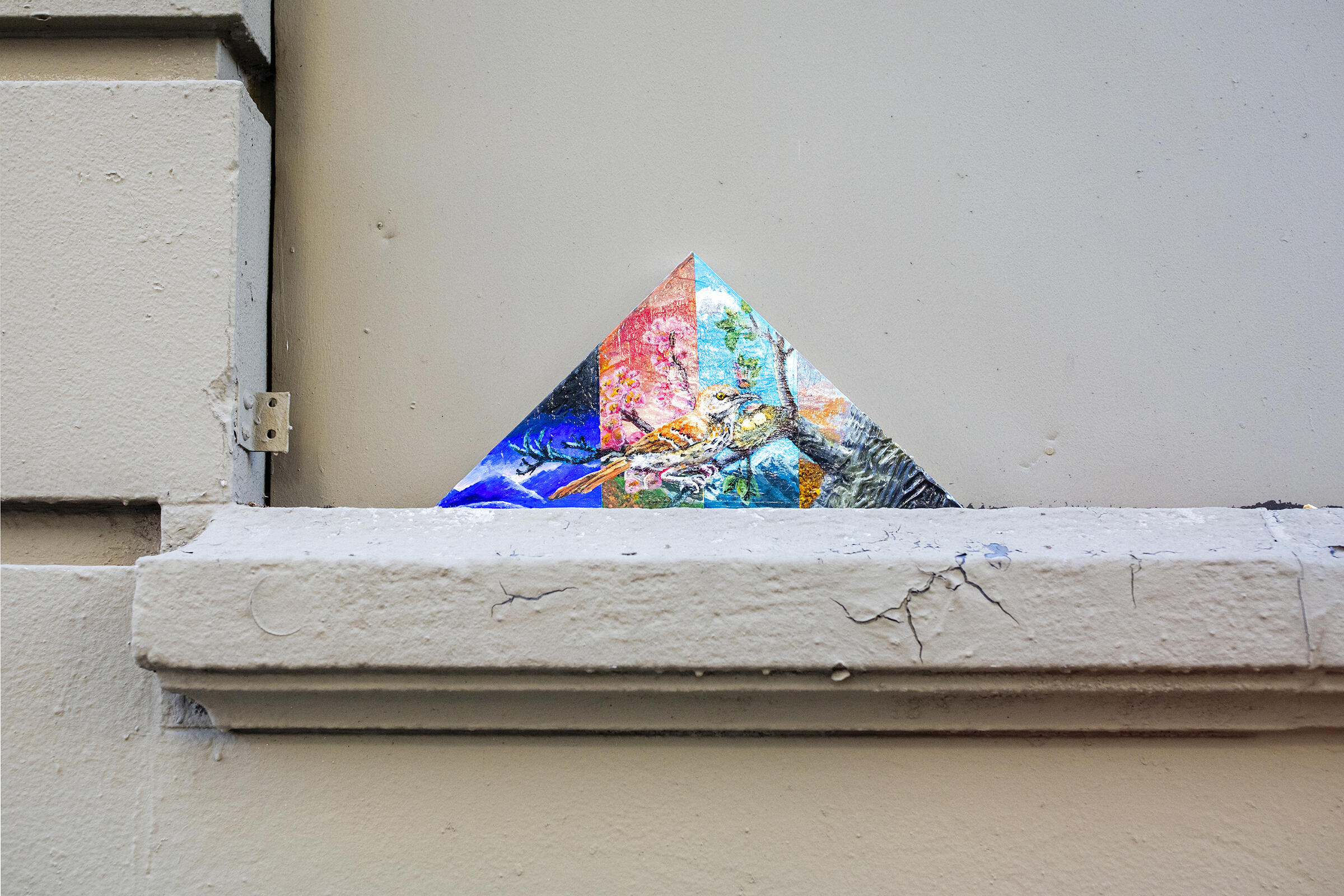 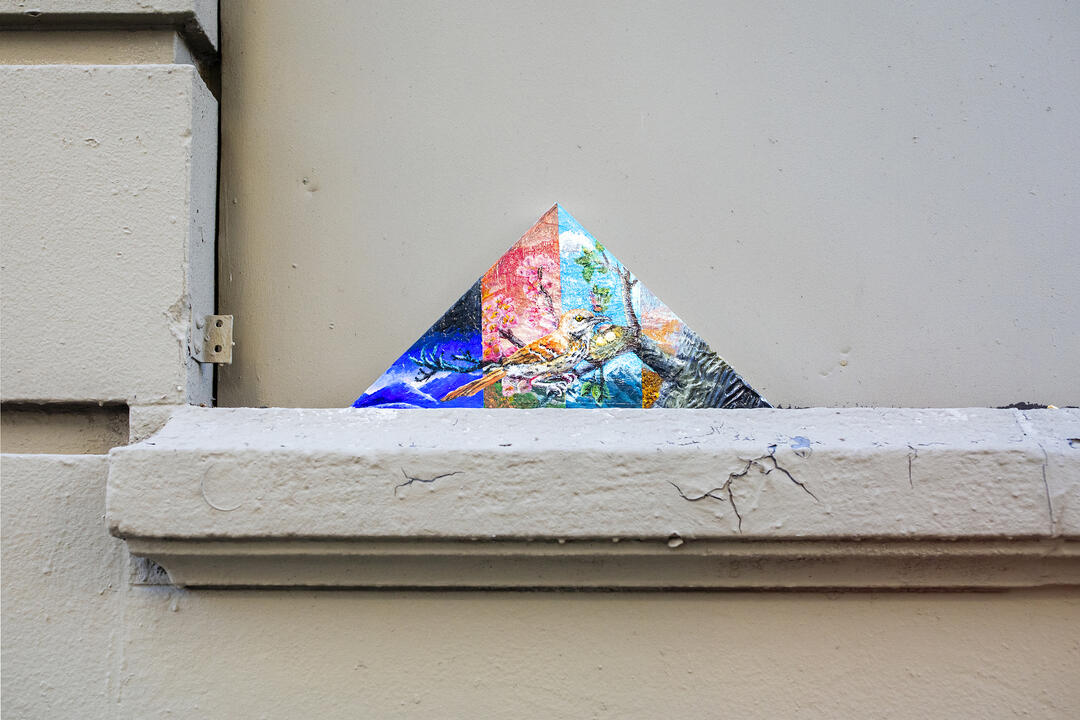 About the Bird: A foxy-red bird that likes to hang out in the understory, foraging for berries and bugs, the Brown Thrasher is today widespread throughout much of the Central and Eastern United States. Its loud, crackling callnotes can be heard from dense shrubbery, but when defending its territory, the male will sing rich, melodious songs from high perches. The species is highly vulnerable to climate change: It may lose 87 percent of its current summer range by the end of the century if temperatures continue to rise unabated. Curbing greenhouse gas emissions to keep warming to 1.5 degrees Celsius over preindustrial levels will preserve more than half of that habitat.

About the Artist: Jesus Medina is an artist and graphic designer for Lehman College, his alma mater. As a painter and sculptor his art interests vary wildly, from the mundane to the ridiculous. He chose to work in mixed media in order to bring more depth to this mural. He centered the Brown Thrasher with acrylic paint and split the background into four sections, indicating the changes in season and the times of the year the bird is most active (spring and summer). Then he added modeling paste only to the autumn section, he says, to contrast winter and make the seasons more pleasing as viewers are guided from left to right. He chose to depict the Brown Thrasher “due not only to its symbolism but to bring attention to this species as a whole,” he says. “What can be said about the Brown Thrasher, a bird not known by many but still valued to where it is most endemic, symbolizing free will and hard work, which is definitely what I had felt during the creation of this piece.” This painting is his first solo piece for the Audubon Mural Project, though he has assisted on other artists’ work for the project in past years.