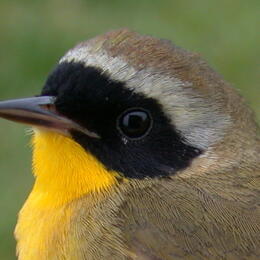 They may be in love, but female capuchins at Brazil’s Serra da Capivara National Park have a funny way of showing it.  They throw stones at would-be mates.

The surprising behavior was just filmed by BBC/Discovery Channel co-production series Wild Brazil and was described in November 2013 in the journal PLoS One by Tiago Falótico from the University of Sao Paulo Brazil.

Researchers believe the reason behind this unusual behavior is that female capuchins do not have any physical indicators to let males know when they are most fertile.  They are not showy, like female bonobos, who will display their swollen genitals to males.  So instead, capuchins have had to resort to bugging the boy monkeys that they like by whining or making faces. Sometimes they would even run up and touch a potential mate before scurrying away.

“Males, at first, appear to ignore the females for a long time and even threaten the female who is following him,” said Falótico. “Sometimes it takes hours of female display before the male starts to respond, doing the same faces and vocalizations.”

Apparently, the girls needed a more potent method to let the boys know they are ready for love, so, explained Falótico, so they turned to a familiar tool: rocks.   Capuchins have long been known for using rocks and stones to perform a variety of tasks; including cracking seeds and fruit, cutting roots, digging things up and even threatening others.  Now flirting has been added to their repertoire of uses for the stones.

The capuchins have very good aim, but so far the aggressive flirting hasn’t caused any injuries.  The males are “tough guys,” said Falótico, “and the stones are small.” But, he added, if a male does turn up with a head injury, he and his colleagues will now have to suspect a “love stone” was involved.