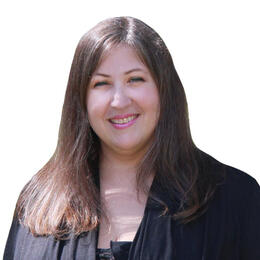 It’s spring, which means that dozens and dozens of coastal bird species like Least Terns, Black Skimmers, Wilson’s Plovers, and Brown Pelicans are returning to the Gulf of Mexico’s beaches, marshes, small trees and shrubs—even rooftops—to raise their young. You may recognize signs like the one below, a kid’s hand-drawn reminder to beachgoers to avoid disturbing these nesting birds.

Every year, Audubon staff and volunteers work tirelessly to erect these signs along with “symbolic fencing,” oftentimes just a string or rope marking off the birds’ temporary nesting grounds. What you may not realize, though, is that Audubon’s Coastal Bird Stewardship Program is so much more than signs and string. It’s a herculean effort of some of the most dedicated bird advocates around the country.

The term stewardship is to champion, protect, and safeguard a common responsibility. The definition holds true for our coastal birds. Audubon staff, chapters, volunteers, and other stakeholders tern out—excuse me, turn out—to help vulnerable nesting, foraging, and resting birds.

Some birds make long, arduous, and dangerous journeys, traveling thousands of miles to their breeding grounds; whereas others may nest not far from where they spent the winter. Upon arrival to their breeding grounds, birds will quickly refuel, and many species will show-off impressive aerial courtship displays designed to woo and foster bonds with their prospective partners.

Shortly thereafter, birds will build their nests, which don’t look like the sticks-and-leaves sort of nest we may be accustomed to with songbirds. Many coastal birds like plovers and terns build their nests, called scrapes, directly on the bare sand. Some are even decorated with shells or twigs. Finally after a couple weeks, chicks will appear.

However, coastal birds have been in perilous decline, and populations have decreased by 70% since the latter part of last century. This decline in populations can be caused by development, beach maintenance, and erosion, pollution, fewer available prey, climate change impacts, and human-induced disturbance. Their low-lying nests make them especially vulnerable to predators like coyotes and raccoons, as well as sea-level rise and storm surge.

Coastal birds are also masters of disguise—their eggs and chicks are uniquely adapted to blend in with their surroundings. This camouflage helps them hide from predators, but it also makes them nearly invisible to us humans. That’s why roping off their nesting areas is so important—otherwise it would be very easy for beachgoers to accidentally crush them underfoot.

This is where Audubon’s Coastal Bird Stewardship Program comes in. Coastal stewardship looks different from state to state, but all stewardship efforts involve establishing basic protective measures for birds, outreach educating the general public and stakeholders, monitoring, and empowering volunteers to speak out on behalf of birds.

In Texas, Audubon leases 178 island sanctuaries from the state for the benefit of birds, including large colonies of Brown Pelicans, Reddish Egrets, and Roseate Spoonbills. Audubon monitors these breeding colonies, plants new trees and shrubs to limit erosion, and engages local communities including recreational anglers to help protect the birds.

Over the state line in Louisiana, Audubon monitors and protects ground-nesting Wilson’s Plovers, Least Terns, and Common Nighthawk from threats such as beach-driving and even grazing cattle! Audubon educates local communities and decision-makers about the importance of Louisiana’s birds and shore, which is losing nearly 120 yards of coastline every hour.

In Mississippi, where I work, we monitor and steward Least Terns, Black Skimmers, Wilson’s Plovers, and Snowy Plovers. Here, we work on both the mainland and barrier islands to prevent human disturbance, including the heavy, unregulated use of personal fireworks on the beach on the Fourth of July. We work closely with local schools and engage students in designing signage sharing conservation messages about coastal birds. In Alabama, our partners at Alabama Audubon protect Snowy Plovers and Least Terns from busy beaches and monitors for introduced predators.

In Florida, Audubon stewards many coastal species including Least Terns, Black Skimmers, Snowy Plovers, and American Oystercatchers among others. Florida’s coastlines have developed faster than other states, and now it is estimated that nearly 80% of all Least Terns actually depend on gravel rooftops instead of beaches to successfully breed. But people are building fewer and fewer gravel rooftops, so Audubon is piloting new techniques like gravel nest boxes for the birds to use.

Audubon utilizes a multidisciplinary approach to confront the many threats that birds face. A combination of science, advocacy, coastal restoration and conservation, and coastal stewardship provides the foundation for our work. Stewardship is one important piece of Audubon’s larger vision for the Gulf of Mexico—a healthy, resilient coast that supports both birds and people.