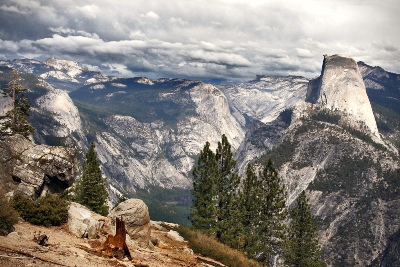 It happens every year: a handful of unsuspecting national park tourists don’t survive their vacation. In California’s Yosemite National Park, bad weather, deceptively swift river currents, and steep, perilous trails all pose risks to the nearly four million people that visit the park each year. But this summer visitors to Yosemite face a more unusual threat—the rare and deadly hantavirus.

As of September 7 three people had died after contracting the rodent-borne disease in Yosemite, and five more had been diagnosed with hantavirus. Seven of the eight people contracted the rare virus while staying at the Signature Tent Cabins in Curry Village, located in the center of the park. The eighth case was linked to High Sierra Camps elsewhere in the park.

People usually contract hantavirus when they come into contact with infected rodents or their urine, droppings, or saliva. The virus can also be transmitted by rodent bites or by eating food that infected mice have nibbled on and contaminated. Four species of rodents are known to carry the virus in the United States: deer mice, cotton rats, rice rats, and white-footed mice.

Yosemite park officials discovered that deer mice were nesting in the walls of some of the Curry Village tents, exposing visitors to hantavirus. Park officials are currently trapping rodents in Curry Village and rodent-proofing the tents. High Sierra Camps will remain open, but the park distributed information about hantavirus to visitors scheduled to stay there in the coming weeks. The five remaining patients are improving or recovering. 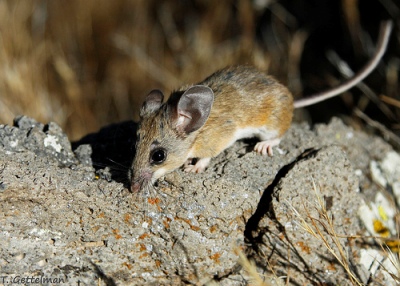 Infection with the virus can lead to the fatal Hantavirus Pulmonary Syndrome (HPS), which has a 38 percent mortality rate, the Center for Disease Control reports. Early symptoms of HPS include fatigue, fever, and muscle aches. Some people also experience headaches, dizziness, nausea, and abdominal pain. As the virus progresses the lungs fill with fluid, and patients experience coughing and extreme shortness of breath.

Symptoms can take up to six weeks to manifest, so the Park Service is advising anyone who stayed in Yosemite’s Curry Village from June 10 - August 24 to be on the alert for symptoms. Health officials have also notified 39 other countries whose citizens may be at risk after visiting the park. Hantavirus cannot spread from person-to-person, so there is no risk of the virus spreading after infected visitors return home.

Hantavirus is extremely rare. Since the virus was first discovered in 1993 there have been 587 cases in the United States, including an estimated 60 cases in California. Rodents carrying the virus are found throughout the Americas, according to the CDC, including Canada, Argentina, Bolivia, Brazil, Chile, Panama, Paraguay, and Uruguay. This summer is not the first time that hantavirus has been found within Yosemite. Tuolumne Meadows saw outbreaks of the virus in 2000 and 2010, but no fatalities were reported.

Late summer has been a deadly time at Yosemite. Extreme sports writer Michael J. Ybarra fell to his death while mountain climbing in July, and two young boys drowned in the Merced River in mid August.

Related Links:
Book Excerpt from ‘A Planet of Viruses’ by Carl Zimmer