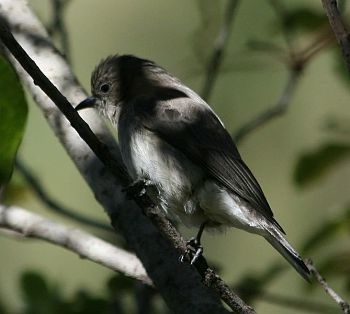 Some animals are known for their keen scent-detecting abilities. Sharks respond to one part of blood to one million parts of water – the equivalent to one teaspoon in an average swimming pool. And a dog has more than 220 million olfactory receptors in its nose, while humans have only 5 million. While birds are admired for their colorful plumage and graceful flight, their olfactory prowess isn't often discussed.

To some birds, the whiff of certain fragrances is like the sight of the Golden Arches: a sure sign of lunch. To others, following scents may be as good as reading a road map, since smell helps them navigate the skies. All birds possess some of the sensory equipment necessary for perceiving odors, but whether all use it is an age-old question. John James Audubon was among the first to try to find out: His experiments in 1826 convinced him that, contrary to popular opinion, vultures did not use smell to zero in on the dead animals they ate. Later research with birds such as pigeons did little to resolve the conundrum. "Think about it," says ornithologist Kenn Kaufman. "How do you know whether the bird is actually smelling something? You can't say, 'Raise your right wing if you smell this.' " Although scientists have traditionally thought of birds as lacking in the olfaction department, they have proved that many detect aromas and use them-to varying degrees-to select mates, forage, and locate nesting spots. Some seabirds, like storm petrels, recognize the odor of a compound emitted by krill, their main fare. Turkey vultures track the stench of decaying flesh to ferret out the carrion they eat. Their keen sense of smell (superior to that of other vultures) has even been exploited to pinpoint leaks in oil pipelines. When ethyl mercaptan, a chemical redolent of rotting meat, was pumped through one 42-mile line, the hoodwinked scavengers congregated at the cracks. New Zealand's flightless and nearly sightless kiwi sweeps its bill back and forth like a bloodhound to sniff out insects in leaf litter. And honeyguides, birds that often lead people and animals to beehives, can locate concealed beeswax candles.

If only there was a bird that could sniff out my lost keys.