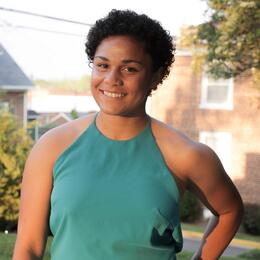 High-diving Brown Pelicans are known for their ability to survive steep drops before plunging into the water to catch their fishy dinners. Boasting a 6- to 8-foot wingspan, the powerful fliers are regularly seen with their neck folded back, resting their head on their back while soaring along the Gulf, Atlantic, and Pacific coasts. I recently had the privilege to visit a pelican rookery on Queen Bess Island in Louisiana, where these big-mouthed, social birds make their presence known, shouting out calls reminiscent of dinosaur – or what I’d imagine a dinosaur to sound like, at least.

Queen Bess Island is home to one of the newest projects to restore bird nesting habitat on the Gulf Coast following the BP Deepwater Horizon oil disaster. It’s a historic island that has witnessed both the dramatic setbacks Brown Pelicans have faced, as well as their inspiring recovery.

The Brown Pelican’s decline likely started before the 1900s. Plume hunters slaughtered them for their feathers. Others starved due to overfishing in their waters or were killed by fishermen for eating the stock. Combined with the effect pesticides had on their ability to breed, their population was decimated.

The use of the relatively new pesticide DDT among other pesticides not only poisoned birds but weakened their eggs’ shells. A mother or father would sit on their eggs to keep them warm only to find that they cracked beneath the parent’s weight, killing the chick incubating inside.

By the time Louisiana officially made the Brown Pelican its state bird in 1966, there were no breeding pelicans in the state. Florida was down to just 7,690 nests in 1970, when it was officially listed as endangered.

To kick-start recovery in the Pelican State in 1968, Louisiana and Florida biologists worked together to reintroduce 1,276 young pelicans to three sites in Louisiana. One of those sites is the newly restored Queen Bess Island, which now supports 15-20% of the nesting activity in the state.

With the help of new federal regulations banning the use of DDT, Brown Pelicans’ nesting seasons became more successful, leading to the resurgence of the species. By 2009, the U.S. Department of the Interior completely removed the Brown Pelican from the endangered species list as the global population reached around 620,000. Annual Christmas Bird Counts hosted by Audubon saw that the number of Brown Pelicans in Louisiana was steadily rising in the state.

One year later on April 20, 2010, the BP oil disaster devastated Gulf Coast communities and the wildlife that calls it home. Brown Pelicans quickly became the face of the disaster, as wildlife first-responders mobilized to rescue, rehabilitate, and safely release as many birds as possible.

Researchers estimate that the nation lost 10% of its Brown Pelican population after the oil disaster. Additionally, the oil damaged the vegetation that holds Louisiana’s barrier islands together, accelerating the land loss that the state was already suffering.

Thanks to the work of tireless conservationists over the last 50 years, Brown Pelicans have beaten the odds. Last month, when I visited Queen Bess Island, now a state wildlife refuge, hundreds of Brown Pelicans have begun building their nests and looking to breed. Louisiana recently enlarged the island’s footprint, providing even more habitat that will develop over the coming years and assist other bird species as well. This project is one of many successes that the Gulf Coast has seen in recent years thanks to the $20 billion settlement that BP paid for its role in the disaster—and it’s one of the first projects in Audubon’s Gulf plan to be fully implemented. And there are many more to come as Louisiana continues to implement its $50 billion Coastal Master Plan to restore its rapidly eroding coast.

In light of their past struggles, gazing at a Brown Pelican as it soars majestically overhead or dives for a fish fills me with hope that we can overcome any obstacle with the right solutions in hand.