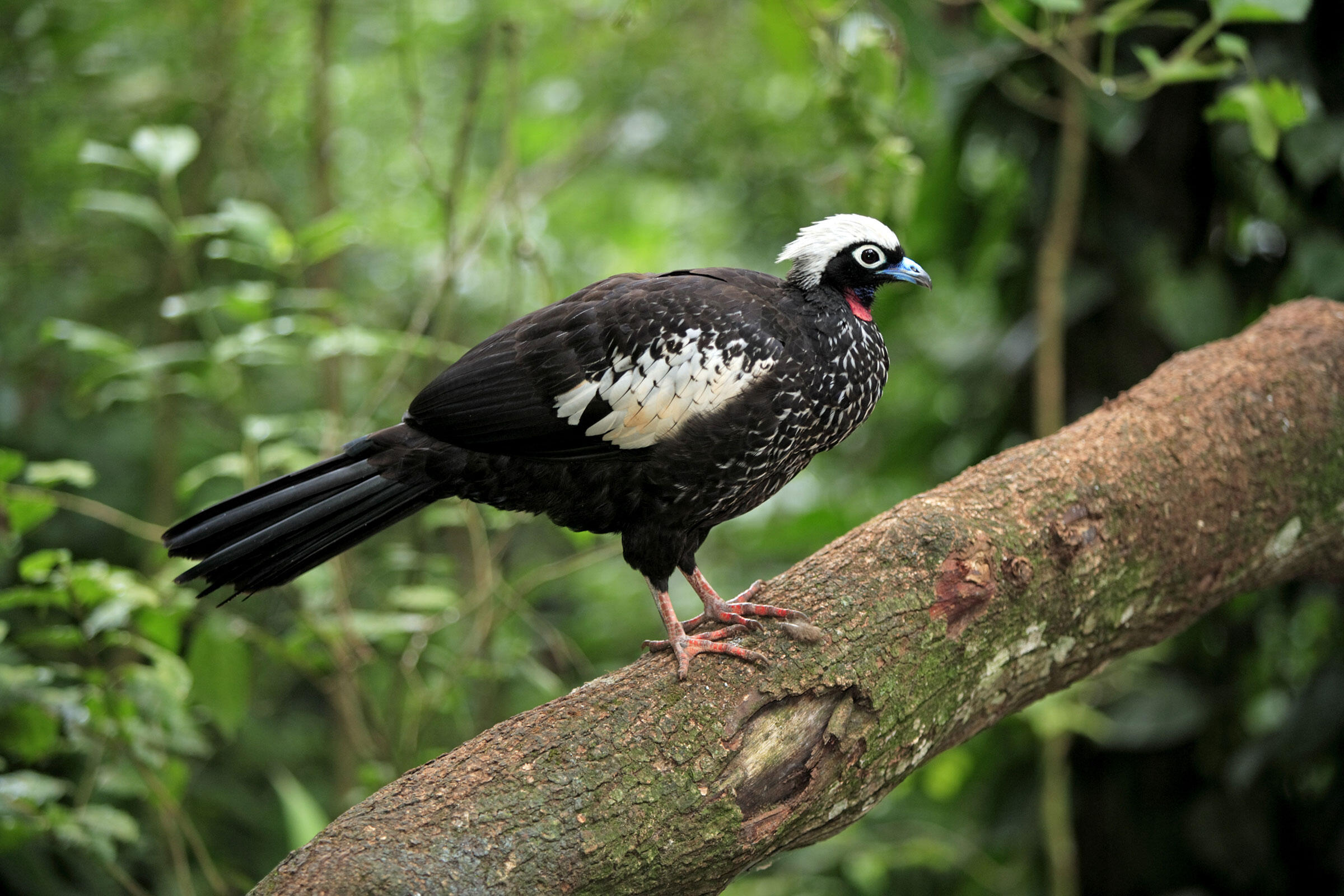 “Suddenly everyone in Paraguay is interested in birding,” says Tatiana Galluppi, a conservationist with NGO Guyra Paraguay. “Citizen science is booming, and guides are starting to get calls from international tour operators.”

We're heading out of Asuncion, the capital of Paraguay, toward San Rafael National Park. Galluppi has offered to give me a tour of Paraguay's prime birding spots. With some 700 bird species—including many sought-after birds that are easier to see here than anywhere else—the compact and easily traveled country has finally found itself on birders’ maps. “This is the most under-birded country in South America,” Galluppi says.

Asuncion is located in the country’s east, where the interior Atlantic forest has been reduced to a mere seven percent of its original size. Most of the region’s exceptionally fertile land has been converted to industrial-scale farms that can produce up to three harvests per year of soy and other crops.

Among the increasingly disconnected remnants of forest, San Rafael was declared Paraguay’s first Important Bird and Biodiversity Area (IBA) in 2005. The park’s headquarters crown a stunningly scenic knoll situated at the transition zone between natural southern grassland and Atlantic forest. With its comfortable guesthouses and the opportunity to see many of the 436 woodland and grassland species recorded here, San Rafael is one of the best places in the country to research or enjoy wildlife

“This is a last refuge for the endemic dwarf red brocket deer," says guide Guillermo Cristaldo, as he leads a group of three birders through the park’s extensive trail system. Cristaldo is one of 80 Paraguayans who participated in Audubon bird-guide training. “The park also protects other large mammals like the tapirs, jaguars, and pumas. And more regionally endemic bird species have been recorded here than any other site in Paraguay.”

Only a couple of years ago, a visitor would have had trouble finding a guide with Cristaldo’s knowledge and skills. But recently Audubon teamed with Guyra Paraguay and the Inter-American Development Bank to develop a pilot project designed to promote bird-based tourism in San Rafael and other ecologically important areas. The Bird-Based Tourism Initiative included a two-tier bird-guide curriculum tailored to the local culture.

Tilling for Toucans and Tinamous

San Rafael National Park in eastern Paraguay is surrounded by small-scale farms and indigenous villages. In an effort to limit deforestation on these private lands, Audubon’s partner organization, Guyra Paraguay, has been working with farmers to experiment with tourism as well as alternative crops and growing methods.

“We can already see the difference,” says farmer Eguer Arnalod Beis, who planted his first yerba mate last year. “The plants grow better and we’re seeing more birds, especially the toucans and tinamous. Most people don’t know that you can make money off a crop and also help the birds and trees.”

The training went well beyond bird identification to focus on important regional conservation issues, ethical guiding practices, biology, bird migration patterns, and habitat needs. The program provided English-language training and equipment for bird guiding and trail development. Audubon also reached out to its members, urging birdwatchers to consider visiting destinations where a birding vacation could help to improve both communities and ecosystems.

“The guide training came at the perfect time, just as we were starting to get calls from international tour operators,” says inbound tour operator Oscar Rodriguez, who has recently been fielding calls from specialized operators like BirdQuest and Sunbird Tours. The seven tours he conducted in 2017 were more than he had handled in the previous three years combined. “Now I can confidently tell them that Paraguay has the people who can take your people birding.”

Most of the new bird aficionados in Paraguay are young people in their twenties and thirties, says Alberto Yanosky, Guyra Paraguay’s executive director. “Thanks to the Audubon project we’ve created the first significant group of Paraguayans who want to promote conservation efforts. The program has shown young people that they can make a difference. I believe that many of them will help our cause greatly in the future.”

The interest in birding and nature might seem new to Paraguayans, says Evelyn Brítiz, an Audubon-trained guide and conservationist who joins us at San Rafael. “But it also reflects a longing to reconnect with older, deeper rhythms that remind people of how they fit into the community of life on Earth.”

Though Paraguay doesn’t have a history of robust environmental activism, birders say that it is taking root. With landscapes and society changing so rapidly, Paraguayans sometimes forget that many of the country’s traditional songs and stories feature birds, says Brítiz, who leads informal weekend bird-watching tours.

“If we can use birdwatching as a way to make nature more accessible," says Brítiz, “we’ll be able to connect more people to environments that they’ll have an interest in saving.”

Paraguay’s growing legions of bird lovers say that the sooner international avituristas come to Paraguay, the better—for birds and all wildlife. Paraguay has one of the highest deforestation rates in the world, and conservationists warn that the country’s future hangs in the balance between unsustainable exploitation and conservation of the ecosystems that people and animals depend on.

“When you’ve been to all the other birding hot spots, come to Paraguay,” says guide-trainee Andrea Ferreira, “and see the exotic birds that your friends haven’t seen yet!”

Understand the ecology: Paraguay is located in the center of the continent at a confluence of eco-regions: the Chaco in the west, the Atlantic Forest in the east, and the Pantanal in the North.

Prepare for rustic travel: Bird-specific tourism, and tourism in general, are still perched on the starting block in Paraguay. Be prepared for simple accommodations and home-cooked meals.

Do your research: For general information see Aviturismo Paraguay or Audubon’s Birding and Ecotourism in Paraguay.

Plan your trip: Audubon has suggested itineraries for Paraguay and Iguazú Falls.

Birding Is Taking Off in Guatemala