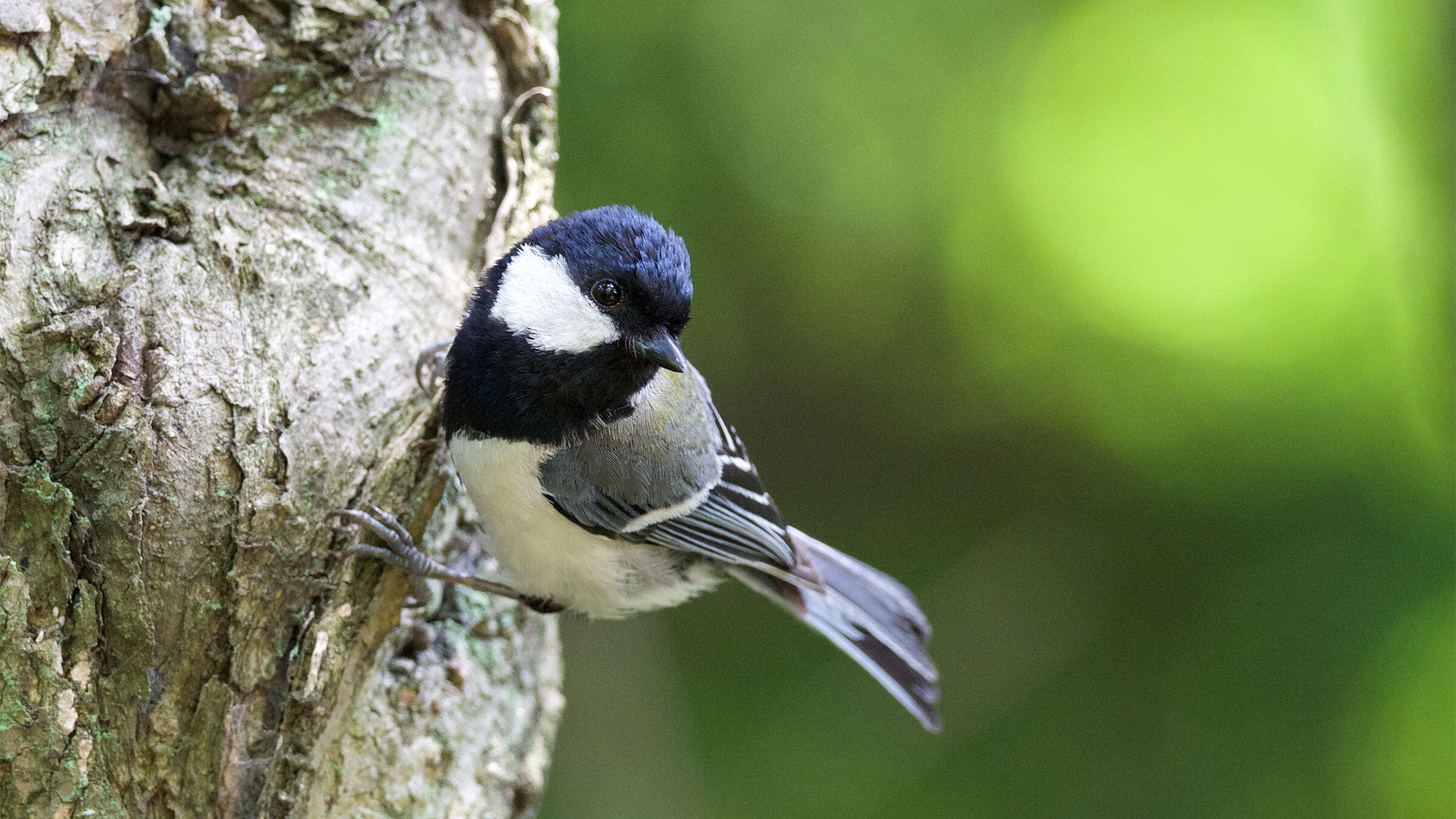 These chatty birds string their sentences together in a specific order to rally friends and fend off foes.

In a dimly lit forest, a sneaky marten silently stalks a group of Japanese Tits fluttering in the treetops. Then, suddenly, one of the little birds spots the invader and belts out a series of buzzy chirps. In response, the tits assemble and prepare for a preemptive attack on the predator.

It's a scene that regularly plays out in the woodlands of Japan and eastern Russia, where the birds call home, and the rapid mobilization is the result of their impeccable communication skills. When danger like the marten is spotted, a flock member voices a "mobbing call"—a combination of chirps called an “alert-recruitment” sequence—to rally the troops, explains Toshitaka Suzuki, a postdoctoral expert on animal communication at Kyoto University’s Center for Ecological Research. While observing these sociable birds in the wild, Suzuki noticed that they also understand the meaning of calls from their close cousin, the Willow Tit. So, he ventured that Japanese Tits may rely on a rudimentary form of grammar to relay messages and provoke actions.

In a new study published this month in the journal Current Biology, Suzuki and his research team tested this idea and found that Japanese Tits do in fact talk to each other using clear syntax rules. Even more surprising, the researchers discovered that the chickadee-like passerines can find meaning in chirpy sentences that they’ve never heard before—as long as they follow the familiar “word order.”

To test the birds’ comprehension, Suzuki and his team produced a small playlist of tit sounds. The researchers labeled the usual alarm call, which alerts the birds to predators such as martens, shrikes, and crows and prompts them to survey the area, as “ABC.” The recruitment call, which gathers the birds for anything from mealtime to mobbing, was simply deemed “D.” Using speakers placed in trees, the group projected these different calls and gauged the tits' reactions. Upon hearing the “ABC-D” combination, the birds acted as expected: They checked for looming danger and then approached the speaker. In the next experiment, however, the scientists reversed the call by playing the recruitment phrase first. The birds didn’t respond.

Next, the researchers spliced the Japanese Tit’s alarm call with the Willow Tit’s tӓӓ recruitment call. Though the two species do mingle together in the wild, they’ve never been heard to sample each other’s sounds. Yet the “ABC-tӓӓ” mashup invoked a strong reaction in the Japanese Tits: They treated it as if it were a typical “ABC-D” sentence. The team then tried it in reverse order, and again, the birds ignored it.

These reactions and non-reactions suggest that tits need syntax to make sense of commands. Rather than telling the flock to mob right away, it’s important to educate the birds on the threat first. Similar grammatical logic has been exhibited in other species like the Carolina Chickadee, says Carrie Branch, a PhD candidate in behavioral ecology at the University of Nevada, who was not involved in the study. Though Suzuki’s work does an excellent job furthering our understanding of bird communication, Branch says, it would also be interesting to see if Willow Tits respond to the same remixes.

And that's exactly what Suzuki plans to do. For his next experiments, he wants to see whether other closely related tit species are able to converse using the same syntax rules. “Future comparative work may uncover the socioecological factors driving the evolution of grammatical communication in this avian group,” he says. Ultimately, that could help researchers further understand how language emerged and matured across the bird world.