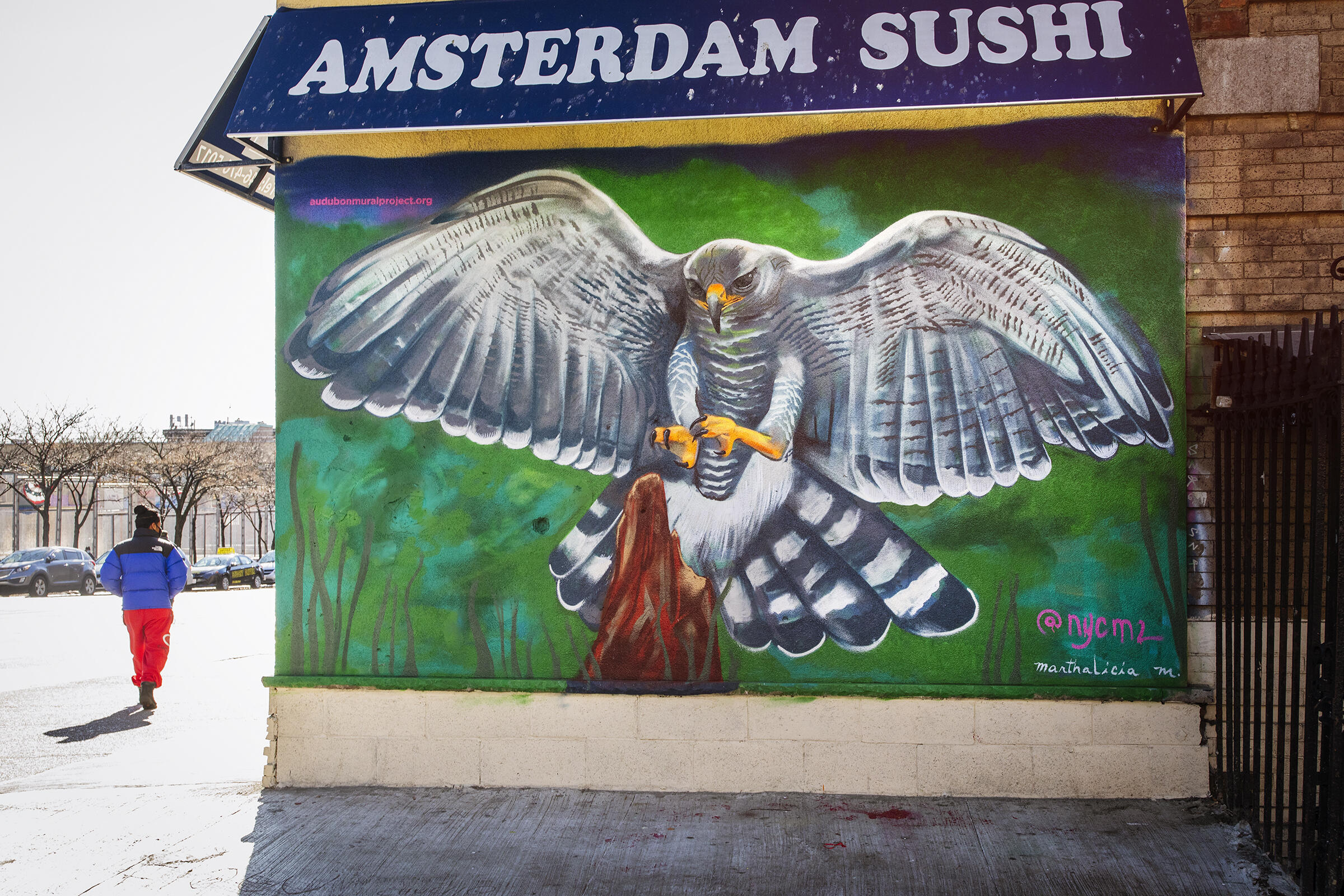 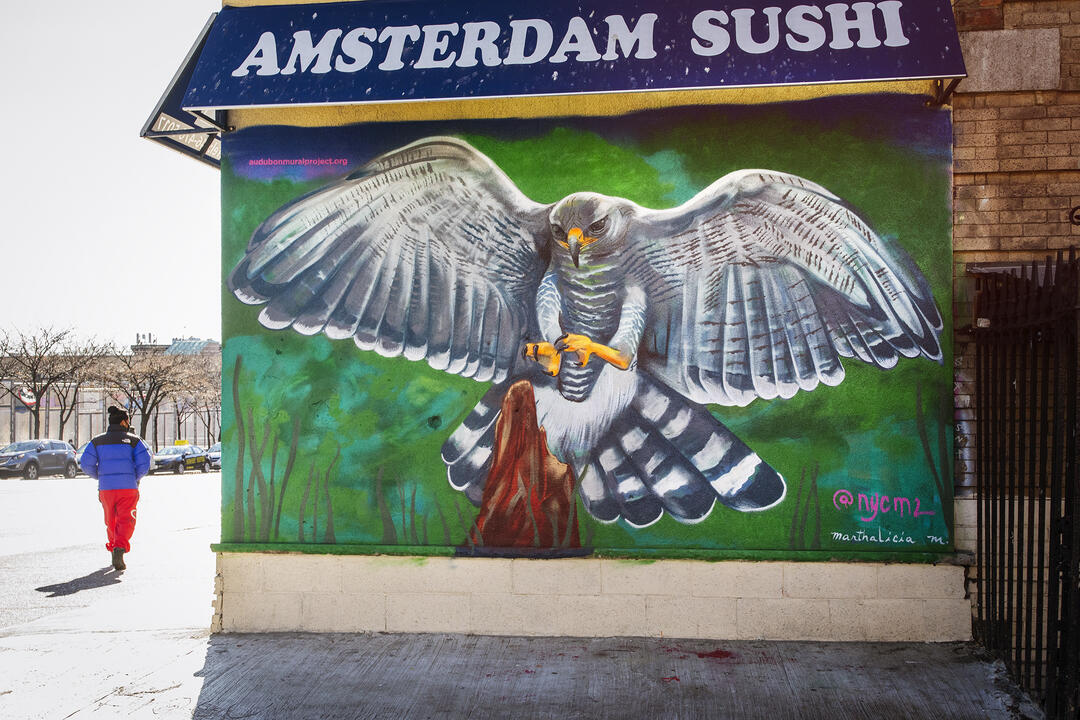 About the Bird: Small and agile, the Gray Hawk flies nimbly among trees and dense brush as it plucks other birds and lizards from their branches. Its loud whistling call can be heard from the tops of the tall trees where it nests, hidden, on a small platform of sticks. Although the Gray Hawk stands to gain significant range in Mexico during the summer months and possibly push farther into the United States, if the climate continues to warm apace, 59 percent of its winter range may disappear. Increased drought and fire weather may also compromise its habitat.

About the Artist: Born and raised in Harlem, Marthalicia Matarrita studied fine art at the State University of New York at New Paltz. Matarrita is well known in the New York City street art scene, painting murals around the city and participating in many live art performances. Growing up in Harlem, she had seen plenty of crows, gulls, and small black and brown birds, but never a hawk—until 2017, when a Red-tailed Hawk swooped in and out of trees as she walked on Riverside Drive. Matarrita was amazed by the bird’s large size. “Since that day, I have seen more and more of these beautiful birds,” she says. Hawks became a constant presence as her mother’s health deteriorated and Matarrita escorted her in and out of the hospital. The Gray Hawk, which she discovered when selecting a bird for this mural, captured her attention as it reminded her as well of her mother’s gray hair.