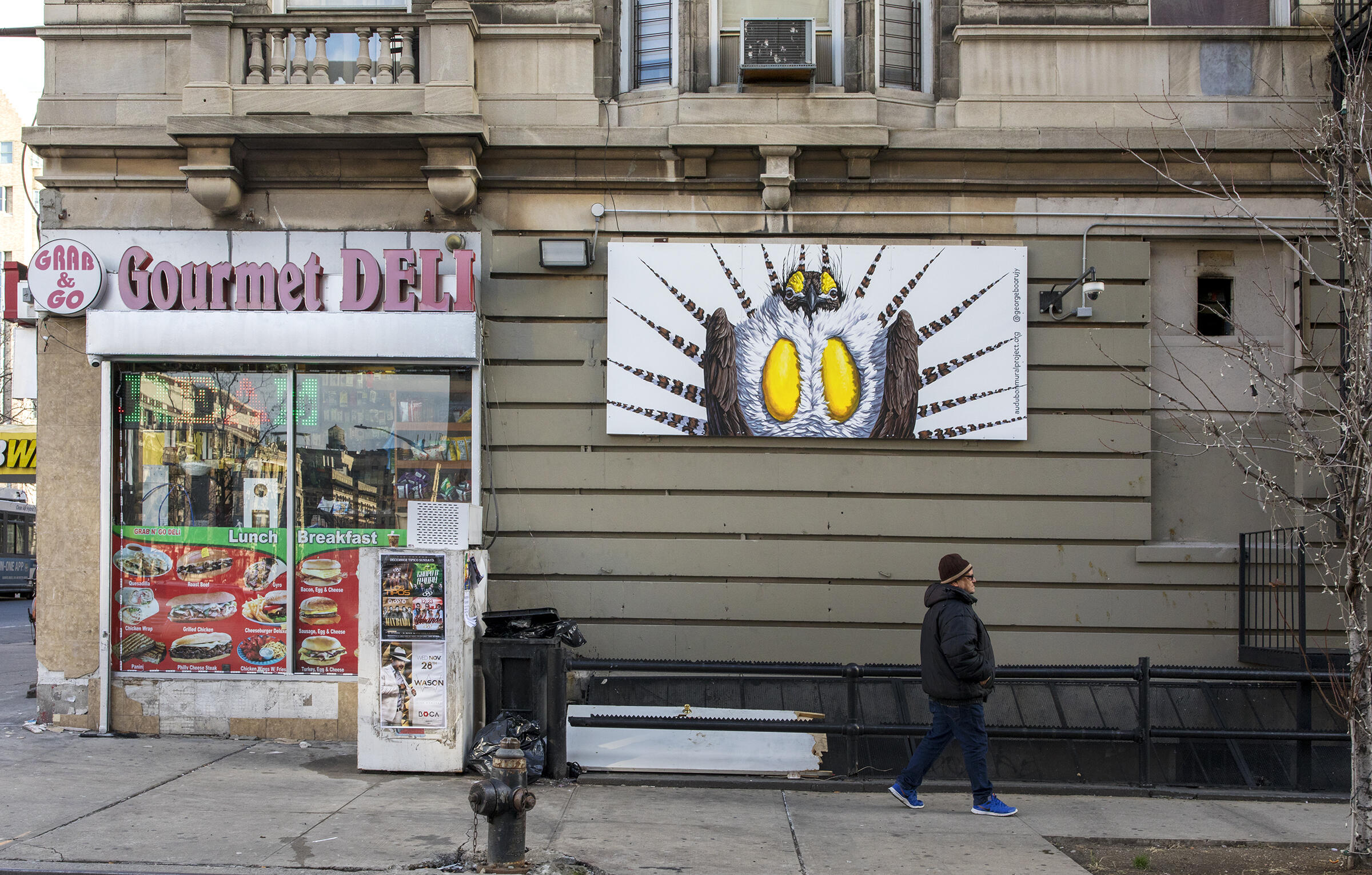 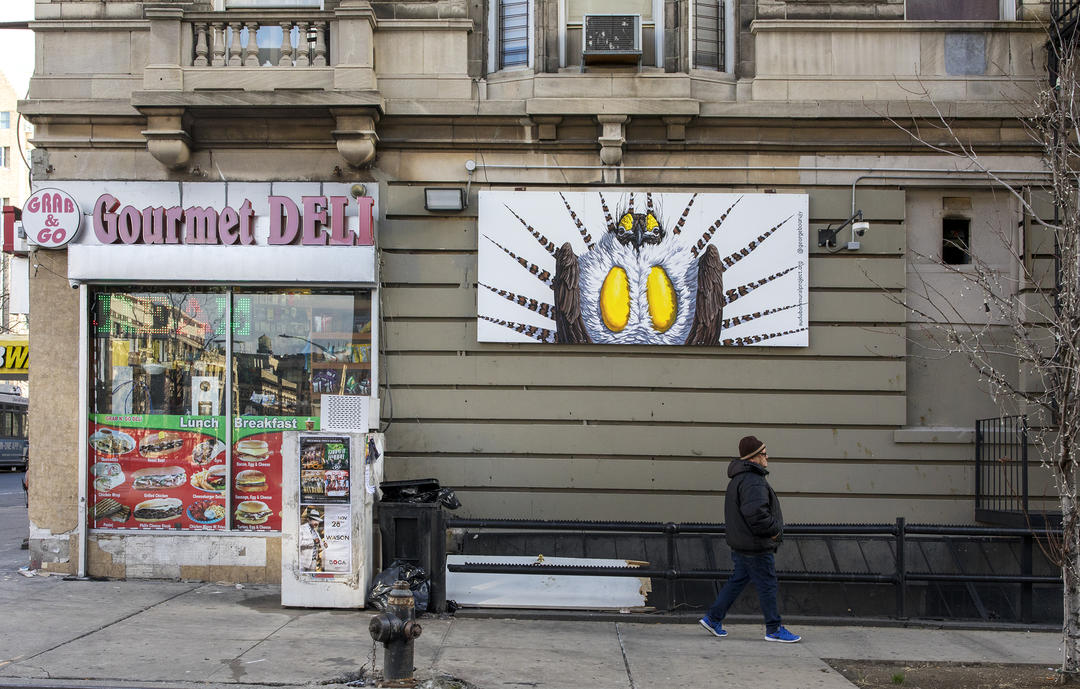 About the Bird: This bombastic bird commands attention in the northwestern United States with its stunning appearance and mating display. It’s also the symbol of the sagebrush steppe, an ecosystem threatened by fossil-fuel extraction and other development. According to Audubon's climate models, the Greater Sage-Grouse stands to lose almost all of its current range, owing to changes in the sagebrush ecosystem, if rising temperatures are not brought under control.

About the Artist: Artist George Boorujy is an artist exploring our relationship to the environment, especially our interaction with and perception of wildlife. He has exhibited widely nationally and internationally and is represented by P.P.O.W. gallery in New York. “The health of the environment and its inhabitants—including us—is our responsibility,” says Boorujy. “That is why I wanted to depict this bird as bold and confrontational and holding us accountable.”