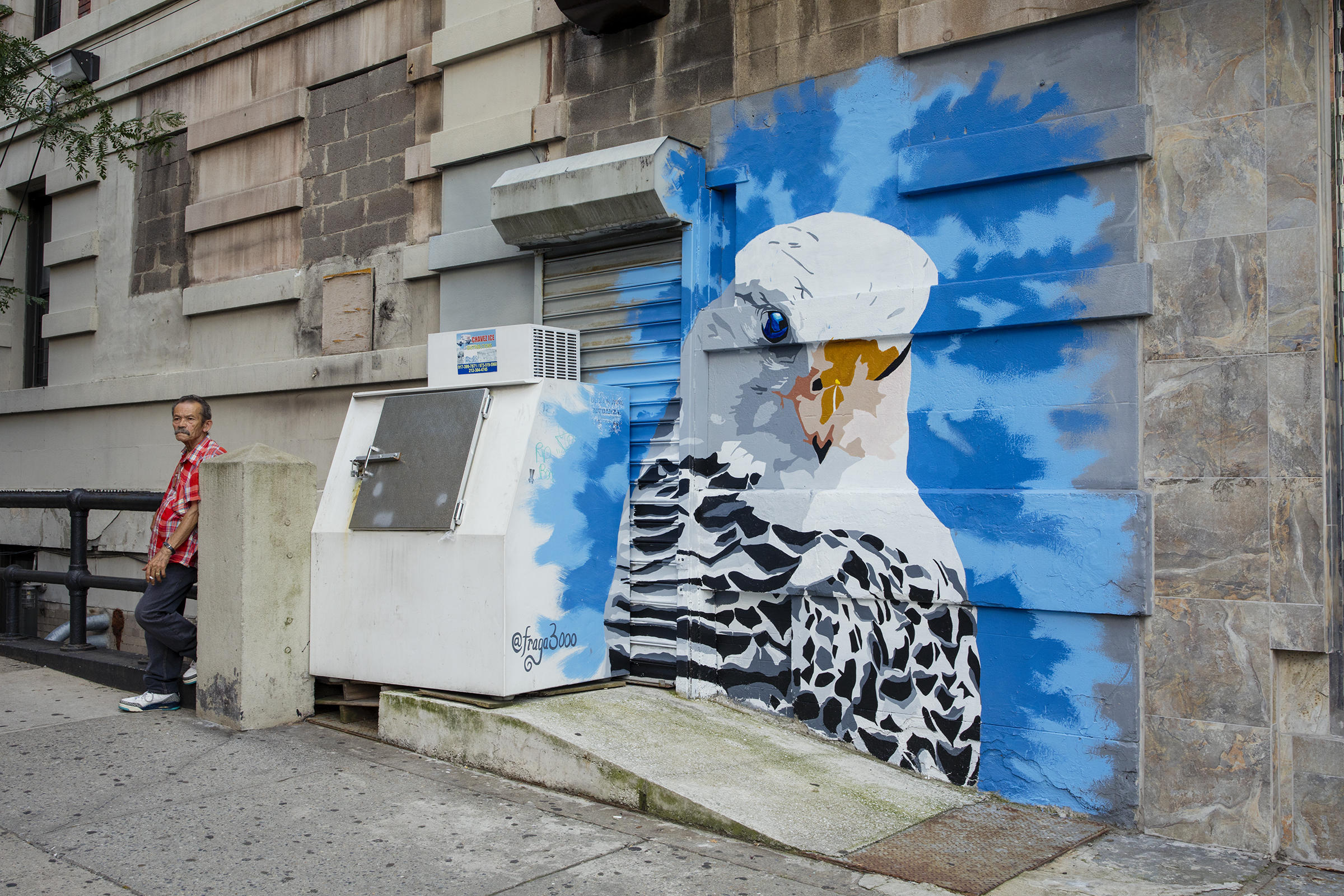 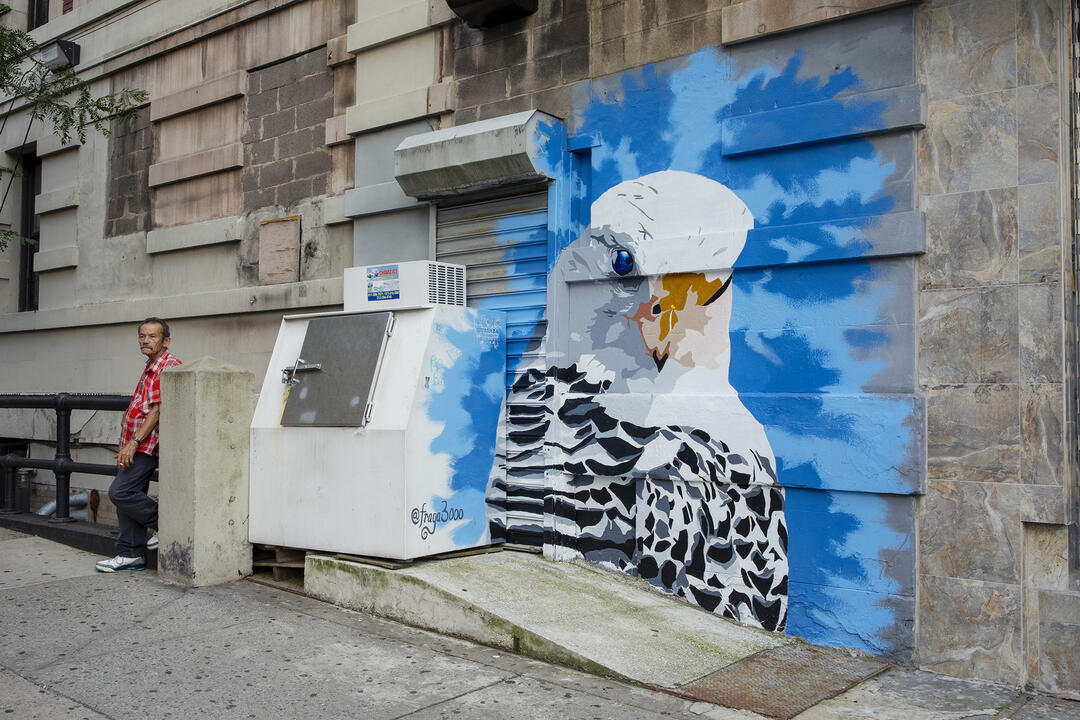 Climate Threat: The world’s largest falcons, these magnificent predators range widely across the high Arctic wilderness all year. Only a handful of Gyrfalcon ever come south of Canada in winter. With polar regions warming faster than the rest of the planet, Gyrfalcons face major changes in their habitat that will squeeze them even farther north and make their prey harder to find, putting their future survival in doubt.

About the Artist: Brooklyn-based artist Frank Parga works as an educator and mentor for youth from elementary schools to the university level; he currently serves as the director of education at One River School of Art and Design in Larchmont, New York. His collaborations include the Brooklyn Arts Council, Creative Artworks, el Museo del Barrio, and Groundswell Mural Project. Parga chose to paint the Gyrfalcon for its physical beauty, but says the more he learned the more his fascination with the bird deepened.