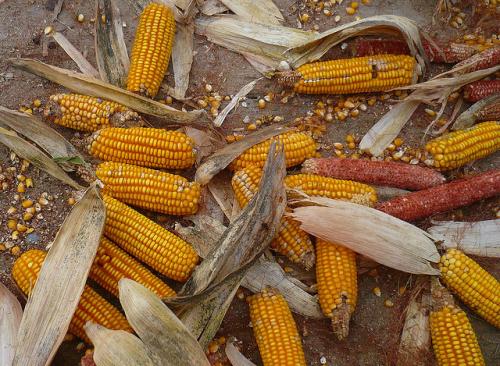 For three of the crops — cotton, soybean and corn — the use of herbicides increased by 527 million pounds over a 16-year period due to the rise of herbicide-resistant weeds. The Washington State University researchers, who published their findings in Environmental Sciences Europe in September, analyzed publicly available data from the U.S. Department of Agriculture’s National Agricultural Statistics Service.

The spike is due largely to the rapid proliferation of herbicide-resistant weeds, which have resulted from an “over-reliance” on glyphosate, the main herbicide used on the herbicide-tolerant crops. Glyphosate, the generic form of Roundup, is marketed by many companies.

While herbicide use did decrease in the first six years after products like Roundup were introduced commercially, that trend soon reversed, as the insecticide-resistant pests caused farmers to spray more often and in lager quantities.

“Heavy reliance on a single herbicide – glyphosate (Roundup) – has placed weed populations under progressively intense, and indeed unprecedented, selection pressure,” the authors write. “[Herbicide-resistant (HR)] crops make it possible to extend the glyphosate application window to most of the growing season, instead of just the pre-plant and post-harvest periods. HR technology allows multiple applications of glyphosate in the same crop year.”

The findings come amid pushback against GE crops.

The Supreme Court on Friday agreed to hear an appeal from a farmer who was sued by Monsanto for reusing its Roundup Ready seeds.

The genetically engineered seeds are designed to be tolerant to glyphosate and remain unharmed when the pesticide is sprayed on to weeds. Monsanto prohibits farmers from storing and reusing the seeds after the crop is grown, so they must purchase new seeds each year, the Huffington Post reports.

And in November, California residents will vote on a proposed measure requiring the labeling of all foods that include genetically modified ingredients—from soda to cereal. If it passes, the law would likely force food companies to label all such products across the country, since it would be expensive and difficult to have California-only labels for foods that are sold nationwide. That, in turn, could spur more consumers to demand non-GMO products.

With so much at stake, Big Ag and anti-GMO groups are spending millions to try and influence voters to support their side.

The Truth Behind Food Labels

US OKs Genetically Engineered Trees in South; May Be Used For Biofuel