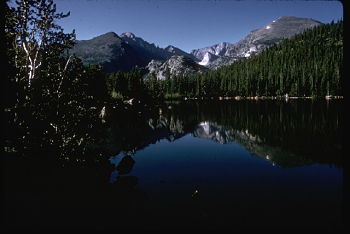 About a decade ago, I traveled to Yosemite and Rocky Mountain National Park for Audubon on July 4th weekend to report on the overcrowding and craziness at our national parks on holidays. At Rocky Mountain, my wife and I were enjoying a ride-along with a law enforcement ranger who politely dropped us by the side of the road to handle an urgent matter. An hour later he picked us up and explained that a family from Alaska at the campgrounds was armed with loaded guns. The ranger quickly defused the situation by asking them to store their firearms at headquarters. “They were okay with it,” he explained, “though we have different interpretations of the second amendment.”

I thought about this incident a few weeks ago after reading that in response a lawsuit filed by gun control advocates and conservation groups, the Obama administration agreed to stop one of those midnight rules just before President Bush left office that would have allowed loaded, concealed guns in national parks and wildlife refuges. According to the Brady Campaign to Prevent Gun Violence, “concealed guns will continue to be barred in the parks and refuges while the government undertakes a full analysis of the severe dangers posed by concealed weapons, to determine whether the Bush rule should be reinstated or permanently withdrawn.”

The Bush rule would have permitted guns in national park areas nationwide, prompting teachers to cancel planned school trips to Ellis Island and the Statue of Liberty. Since the Reagan administration, guns transported to national parks and wildlife refuges must be unloaded, stored, or dismantled, as the folks from Alaska learned.

“Good decision that undoes NRA-Dubya idiocy and makes parks safer for everyone, especially wildlife,” Audubon and Fly, Rod & Reel columnist Ted Williams wrote me in an email. “Anyone who thinks he has to pack loaded heat in a park is likely to be a risk to other people, himself and the wildlife he imagines is looking at him hungrily.”