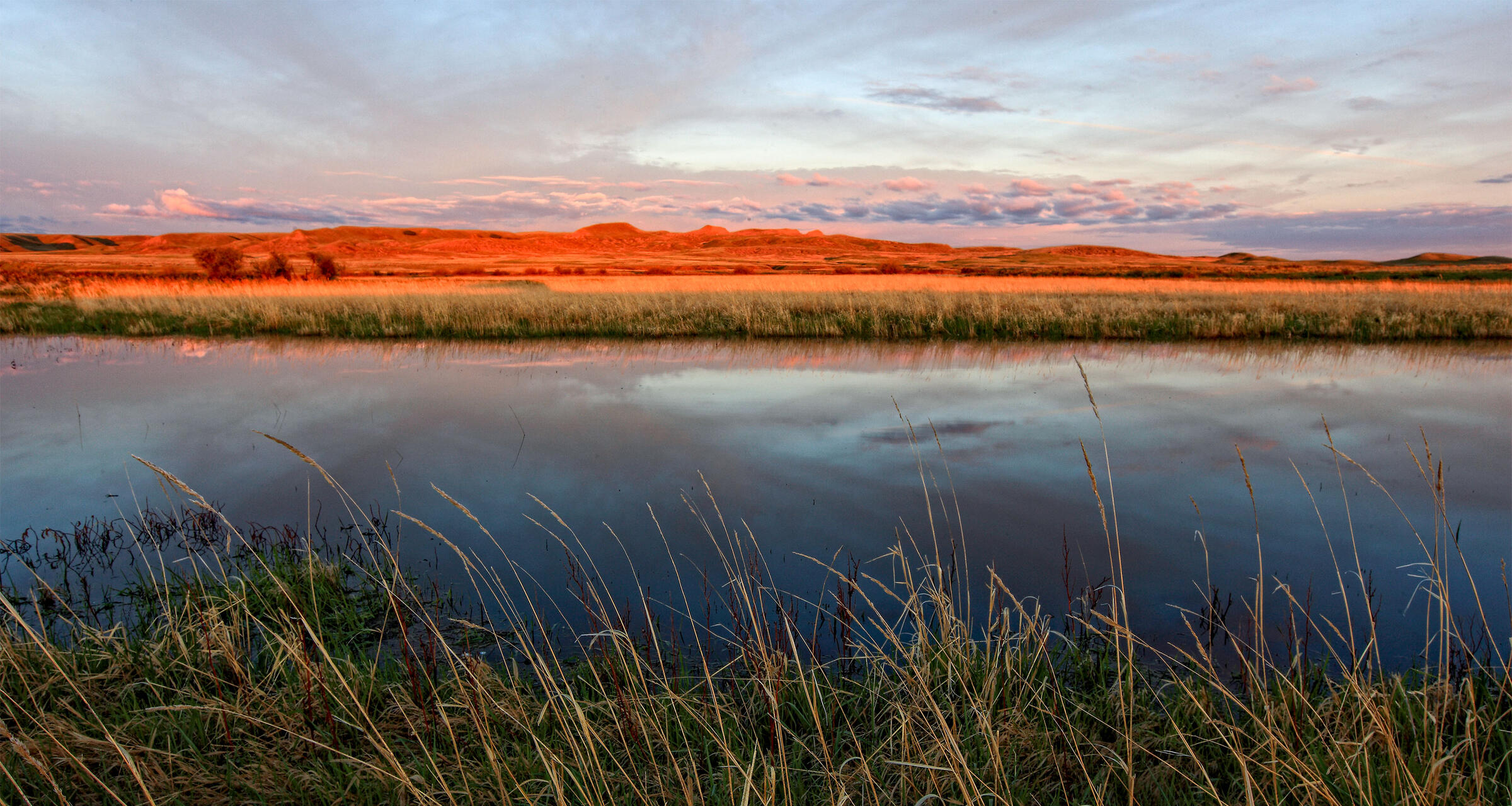 Immerse Yourself In These Peaceful, Nature-Rich Sound Recordings

Created by an acoustic ecologist, the place-based soundscapes transport listeners across the globe. 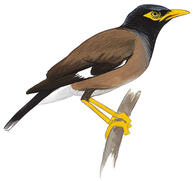 These audio stories are brought to you by BirdNote, a partner of The National Audubon Society. BirdNote episodes air daily on public radio stations nationwide.

Over his long career, Gordon Hempton has mastered the art of truly listening. He’s known as the Sound Tracker. Some people call him an acoustic ecologist. His recordings and books have made him an international expert on the beauty and importance of undisturbed, natural soundscapes—and the ways human beings have changed them.

Now, Hempton is losing his hearing. But with that loss has come an intense urgency to share his life’s work—and his passion—with as many people as are willing to listen.

So, Hempton and BirdNote have teamed up to bring you a truly unique audio experience. Over the seven episodes of this podcast, we’ll be immersed in soundscapes that Gordon hand-picked from some of the most wild, beautiful and sound-rich places he’s visited.

And, he’ll give us a crash course in the art of truly listening—something that he says is a dying art, constantly under threat in our noisy, modern lives.

COVID-19 has us all staying at home more than usual, and as we enter the winter it can be easy to feel hemmed in by the cold and darkness. “But sound can set us free,” Hempton says. “All we need to do is listen.” He describes this new season of Sound Escapes as the opening of a window, as if to let in the sounds of the outside world. And he begins with the auditory landscape of Olympic National Park as winter gives way to spring—a time when, Hempton says, “Olympic is at its most musical.” (Download a bird list for this episode.)

The Zabalo River, deep in the Ecuadorian Amazon, is the world’s first designated Wilderness Quiet Park, which means it’s uniquely free of noise pollution. “It’s a living Eden,” Hempton says. The air is humid and perfectly still—“a candle flame burns straight up without a mantle, unflickering”—and sound travels for miles, which makes it the perfect place to capture audio. There are no roads, and no sounds from far-off traffic. But quiet doesn’t mean the river is silent: On the contrary, this episode is filled with the sounds of woodcreepers and kingfishers, twigs cracking, insects buzzing, water lapping against the canoe Hampton sits in as he records, and even anacondas slithering on the forest floor. (Download a bird list for this episode.)

“Water makes every sound imaginable and occupies every frequency audible to the human ear,” says Hempton, who spends this episode recording what famed naturalist John Muir called the “water music” of Yosemite National Park’s Merced River. Hear the river as it graduates through forest and wetlands from slow-moving gurgle and pitter-pattering stream to the roaring Vernal Falls, the sounds as clear and musical now as they were when the park was established in 1890. (Download a bird list for this episode.)

The Kalahari Desert, spanning some 360,000 square miles across Botswana, Namibia, and South Africa, is an unforgiving landscape with almost no water and few trees. “It’s a place that’s hard for me to imagine any animal being at home,” says Hempton. “But of course they certainly sound like they are.” Among them are plenty of birds: Listen for the hoop-hoop-hoop of the African Cuckoo and the nasally honk of the Hadeda Ibis. (Download a bird list for this episode.)

Episode 5: The Poetics of Space

When Hempton was a bike messenger in Seattle – a job that taught him to stay alive by listening – Pipestone Canyon in eastern Washington became his regular escape from the din of the city. “I would go to Pipestone Canyon to simply listen and enjoy the live concert,” Hempton says. This musical performance has many acts, from the woosh of ridgetop wind to the echoing hoots of Mourning Doves and the howling of coyotes as they weave through the canyon. (Download a bird list for this episode.)

Episode 6: Song of the Paddle

“Lakes, and especially cold-water lakes, are magic amphitheaters,” says Hempton. “Any sound that enters the perimeter of a lake easily travels across it.” To Hempton, then, Minnesota is the land of 10,000  amphitheaters, and some of the best can be found in Voyageurs National Park, where he captured the sounds of life reawakening after a long winter. “My favorite sound, and I only knew this after I heard it, was the arrival of loons,” says Hempton, who had learned shortly before his trip that mating pairs of Common Loons duet together. “I wanted to hear what they have to tell each other. It was full of commitment, full of inspiration, full of optimism.” (Download a bird list for this episode.)

Throughout his writing, Mark Twain used sonic cues as indicators of time and place. “Birds would sing at the right time of day and in the right situations,” explains Hempton, and thunderstorms would mark Jim and Huck’s journey down the Mississippi. For this episode, Hempton was particularly inspired by Twain’s description in his autobiography of a “limpid brook” near his uncle Quarles’ house outside Florida, Missouri. Twain’s brook is now dry, but Hemption recreated the interplay between the running water and the Song Sparrows, Red-winged Blackbirds, and Yellow Warblers Twain would have heard in his time. (Download a bird list for this episode.)

For the final episode of season 2, Hempton takes us on an hour-long tour of what he calls our solar-powered jukebox: Earth. “The Earth is music, spinning in an otherwise silent space,” says Hempton. “It’s not musical, it’s music. I feel it, just as I would sit and listen to a symphony and feel a burst of emotion.” It’s the sunniest days, Hempton says, that bring out the music of our planet, and he takes us on a journey from tropical forests to deserts and wetlands around the world to try and bring that music to life. “As we listen to these different environments,” says Hempton, “listen to how you feel.”

Episode 1: Relearn the Art of Listening

Hempton says children are the best listeners. "There's nothing we need to teach a preschooler about listening." But as people grow older, listening gets schooled out of us. We learn to filter sights, sounds, and information in order to keep the world managable. Now, adults need to re-learn how to listen. Hempton had to do it, and you can, too.

Episode 2: The Song of the Big Island

This soundscape comes from the western shore of Hawaii's Big Island. It was recorded on beaches and lowlands, where today live many non-native species—Northern Cardinal, Zebra Dove, and Common Myna, among others. "It's almost as if the birds aren't listening to each other; they're like singing on top of each other," Hempton says. "This is a convention of street musicians gathered from all over the world that are all playing at the same time to their own preferred genre." (Download a bird list for this episode.)

Saskatchewan's Grasslands National Park is one of the least noise-polluted spaces in North America. It has a large sound horizon, which means Hempton's microphone can pick up sounds eight miles away in every direction—and 15 miles away in some places. This recording was made in the early morning, as the stars just began to disappear, and night's insects faded into morning birdsong. "As the light gets a little brighter on the horizon, things really come alive," he says. (Download a bird list for this episode.)

Episode 4: Land Between the Lakes

Located on the border of Kentucky and Tennessee is Land Between the Lakes National Recreation Area. In the late 1900s, as part of the New Deal, people dammed rivers, which had the effect of submerging towns and farms—and over a century later, it's a haven for migrating and resident birds. Hundreds of species visit here in the spring, when this recording was made. Listen closely to hear the whirring of insect wings. (Download a bird list for this episode.)

The Mississippi River is a busy highway. It has train tracks and roads on both sides, towns up and down the river, and then you have boat traffic. It was challenging for Hempton to capture the natural soundscape, and he managed to record a rare moment when the river was still before dawn. "This is almost like the symphony when they're tuning the instruments," he says. "At one point even the woodpeckers get in there with the percussion session. As it begins to build and build, it develops a voice of its own." (Download a bird list for this episode.)

The geography of the Methow Valley in eastern Washington, with steep slopes funneling down to waterways below, makes for a perfect amphitheater. This recording, made on a lake in early morning, captures minute sounds—like tiny splashes from lake trout catching insects—from a great distance. "We are hearing a much larger area than we would normally because all sound that enters the surface of the lake continues to travel across the surface rather than normally radiate out and become faint," Hempton says. (Download a bird list for this episode.)

Episode 7: Nightfall on the Zabalo

For this episode, Hempton brought a binaural microphone on a boat ride down the Zabalo River in Ecuador, capturing the aural journey as if you were in the boat with him. "This is a completely undisturbed ecosystem," Hempton says. "It's an opportunity for us to wonder about life." Hear trogons, tinamous, motmots, and a Tawny-bellied Screech-Owl. (Download a bird list for this episode.)

Three Perspectives on Discovering the Mental Health Benefits of Nature

The outdoors may help us focus or heal, but many grow up isolated from it.