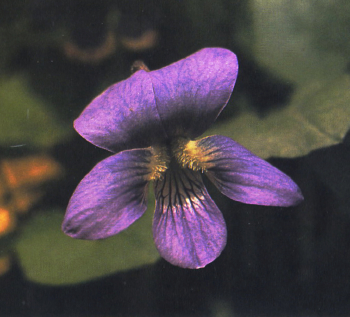 In the spring of 1971, in the wake the first Earth Day, I became absorbed in an issue of a magazine that my mother had recently subscribed to. I was barely 10 years old, but I enjoyed the lucid prose by Robert H. Boyle and, oh, those pictures. Audubon magazine had devoted an entire issue to the Hudson River, from its pristine source in the Adirondacks to its filthy end in New York Harbor. In the shocking photos, pollution turned crystal-clear waters into ungodly, rainbow hues.

The genius behind this issue was one of the fathers of environmental journalism and one of the most important magazine editors who ever lived, Les Line. Les passed away yesterday, just a few days before Audubon goes to press. As Audubon’s editor from 1966 to 1991, he created the signature blend of explanatory journalism and vibrant photography that defines the magazine till this day. Les earned more recognition in the national magazine awards, our industry’s top honor, than any other Audubon editor. The magazine has received six nominations since he left, but the last win was Les’s, in 1981 (the prize sits on the shelf above my desk).

Les’s unerring eye for writing talent survives through two of our most consistently superb contributors, Frank Graham Jr. and Ted Williams (see their words on Les, below). He was a gifted wordsmith in his own right. “You know, as great as an editor as Les was, he may even be a better writer,” Ted once told me. For the past nine years the staff marveled at Les’s tiny masterpieces of eloquence and succinctness on our last page, “One Picture.” One of his final features, on bobolinks (“Buying Time,” November-December 2009), was vintage Les. “My attention is focused on a close-by male in smart, skunklike breeding plumage, offset by a prominent straw-colored nape. The handsomest bird in the neighborhood by far, he’s clinging for the moment to a wobbly dock weed, lord of a small piece of this flowing meadow of grasses and forbs.” One of the pleasures of editing this magazine was an annual pilgrimage with managing editor Jerry Goodbody to Les’s house in rural upstate New York. Another was calling him to hear old Audubon war stories. During our last phone conversation I asked him about the Exxon Valdez disaster in 1989 in light of today’s catastrophic oil spill in the Gulf of Mexico. He recalled, with the most excitement I’ve heard from him in some time, phoning a favorite contributor and ordering him to get on the first plane to Alaska and write his heart out.

The upcoming issue and all the subsequent ones are for you, Les.