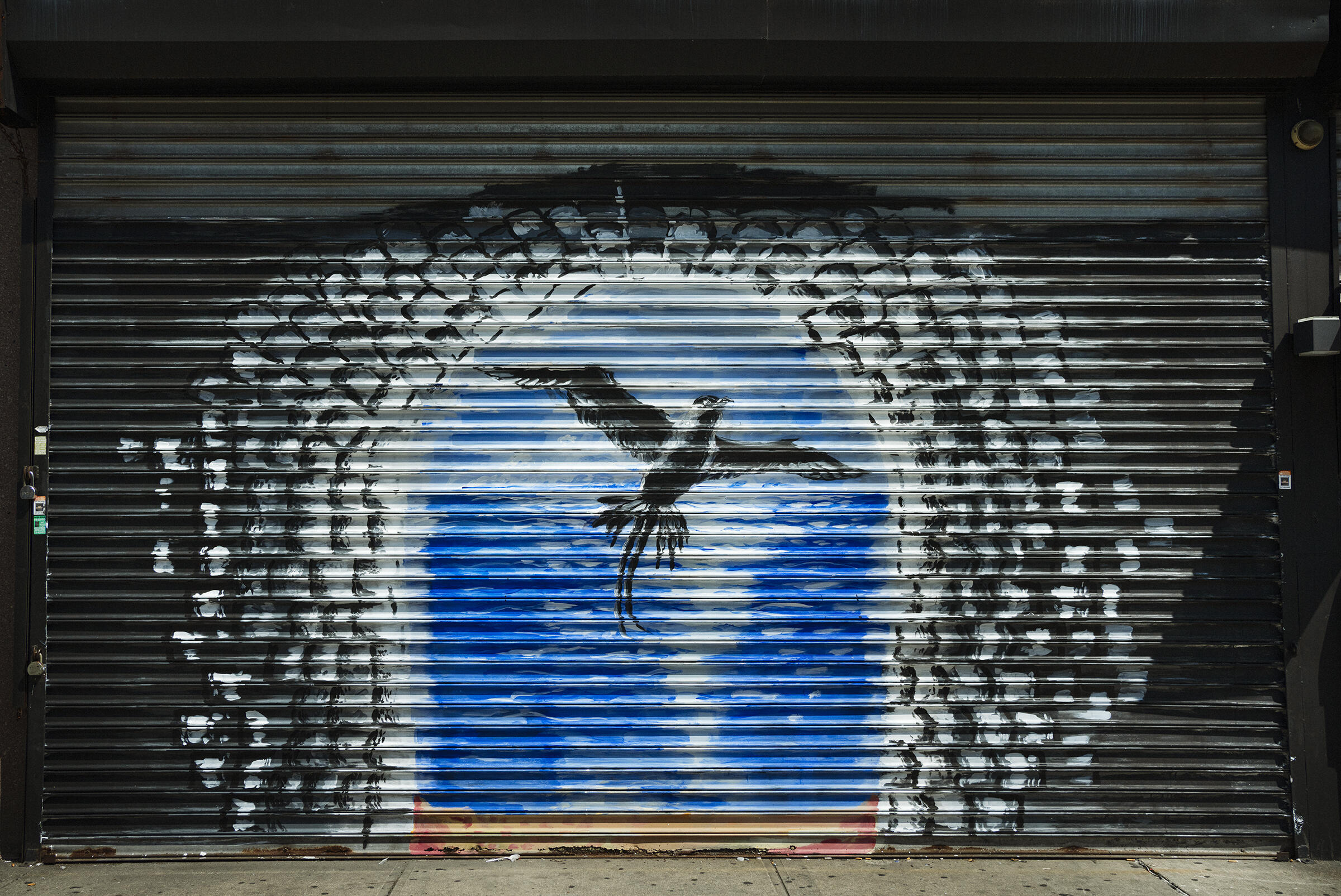 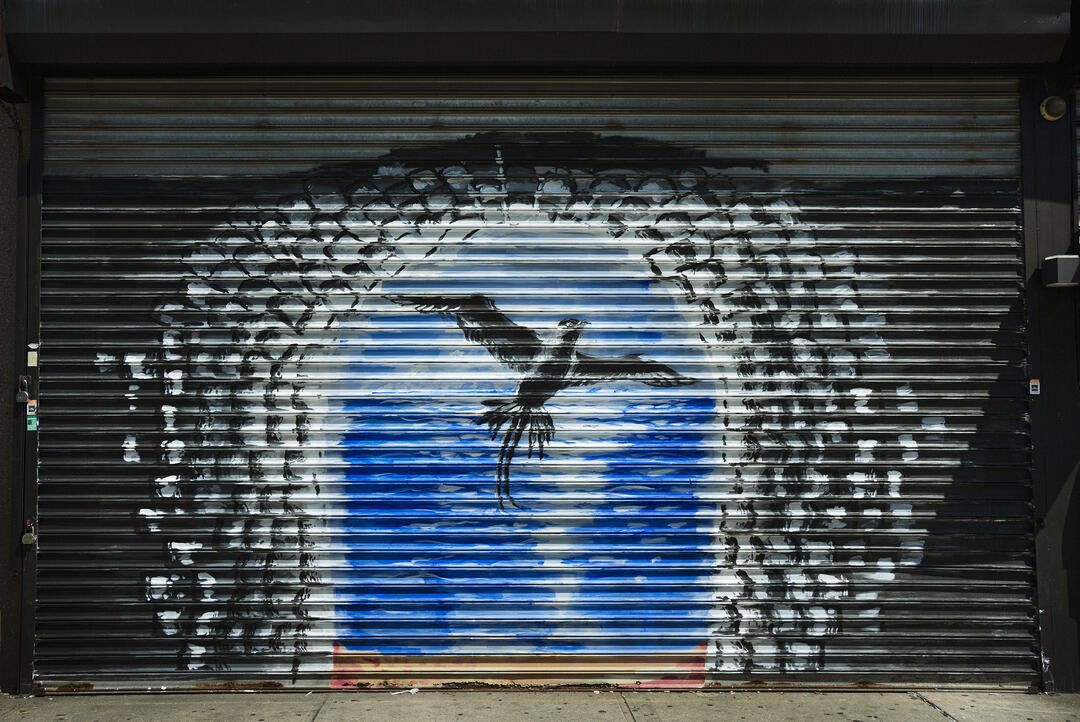 About the Bird: Long-tailed Jaegers spend most of the year out of sight, over the open sea, flying inland to tundra only to breed. There they swoop and zag gracefully to attract mates and hunt prey. Because the Arctic is warming faster than elsewhere on Earth, Long-tailed Jaegers are particularly vulnerable to changes to their habitat. Sixty percent of their summer range, including nearly all of their Alaska territory, is projected to be lost at the current pace of global warming.

About the Artist: Jesus Medina is an artist and graphic designer based in New York City. For this project he gamely took on a new artistic challenge: working in acrylic on a metal grate. Medina says the Long-tailed Jaeger appealed to him for its mysterious aesthetic, resembling something of a seagull “if it had a little extra going for it” with a black cap, pointed wings, and a long, sleek tail during breeding season, “just to top off that fighter jet look.” Although it appears serene, he points out it’s a very opportunistic bird, swooping in from the sea—which Medina nodded to with the illusion of a tunnel leading to the shore—to expand its marine diet with smaller birds, rodents, and berries, even chasing other birds to steal their food.