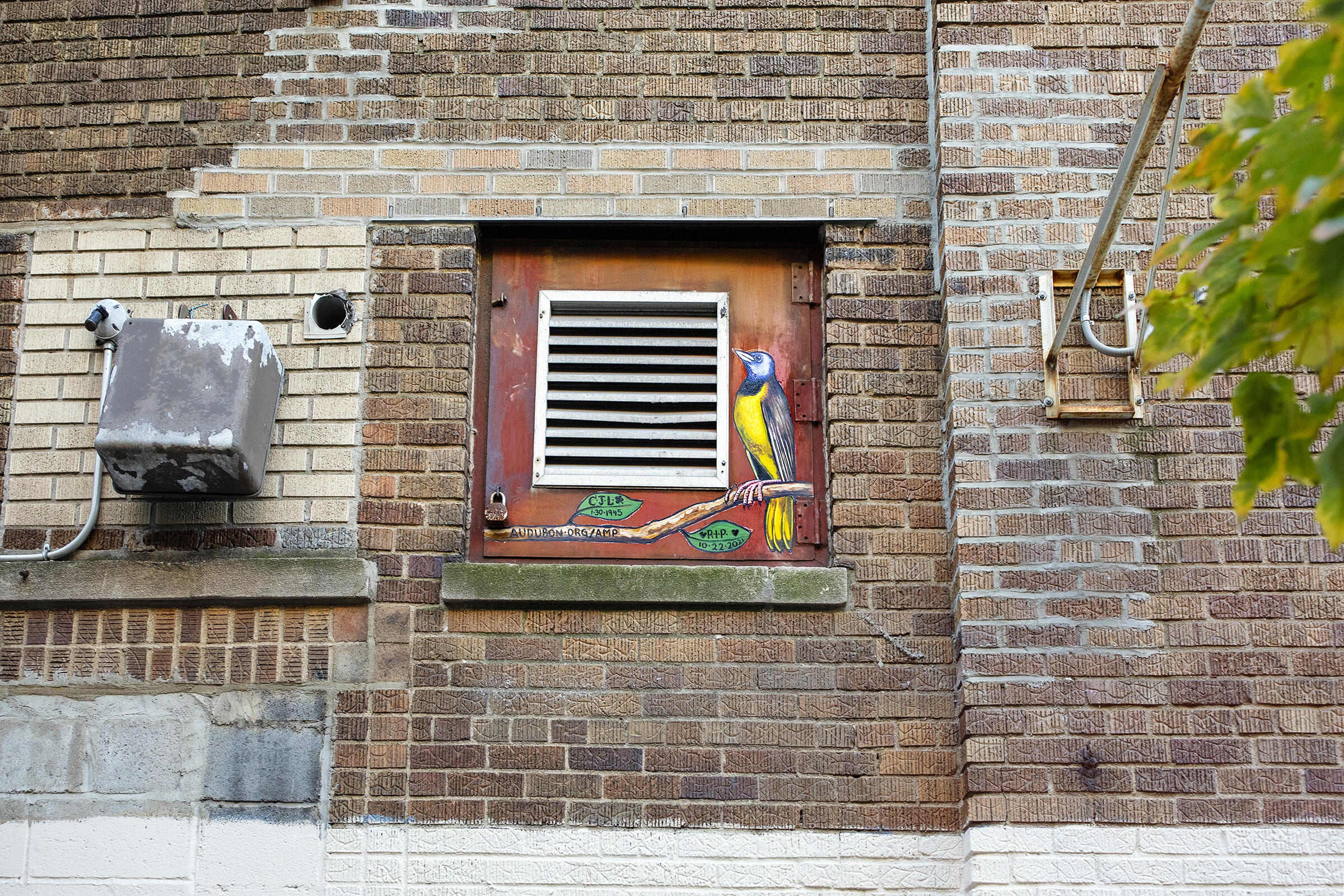 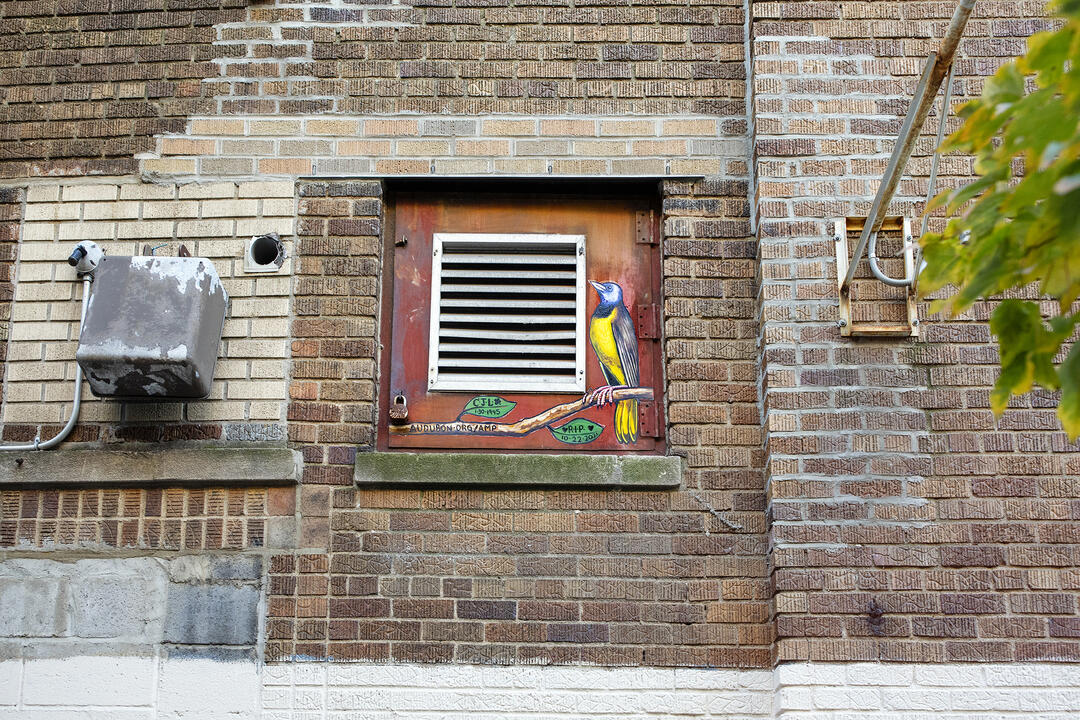 About the Bird: More likely heard than seen, the Mourning Warbler lives, forages, and sings its repetitious chant from shrubbery low to the ground. The black throat patch on male birds inspired its sorrowful name. The Mourning Warbler migrates overland through Mexico and Texas—unlike many migrants that instead cross the Gulf of Mexico—to reach breeding grounds in the far northern United States and Canada. If temperatures rise by three degrees Celsius, 90 percent of the bird’s breeding range may be lost; keeping warming to 1.5 degrees Celsius will cut those losses in half.

About the Artist: American artist Tom Sanford was born in New York in 1975 and spent his formative years in the United Kingdom. He has lived in Harlem since 1994. Over the course of a career spanning the 21st century, Sanford has exhibited in New York, London, Los Angeles, Rome, Luxembourg, Copenhagen, Naples, Chicago, Madrid, Barcelona, Singapore, Tokyo, and a few places you may not have heard of. He chose to paint the Mourning Warbler as a tribute to his father-in-law, Cliff Lloyd, who had recently passed away. "It's a beautiful bird," Sanford says. He also appreciated the way it so perfectly fit the atypical space.