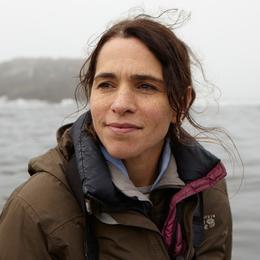 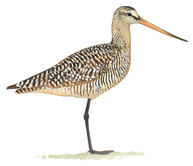 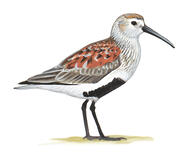 Humboldt Bay in the northwestern corner of California is of extraordinary importance to shorebirds on the Pacific Flyway. The latest in a series of three studies shows that the bay annually hosts over 850,000 shorebirds of 32 species, including Dunlin, Western Sandpiper, Marbled Godwit and much more.

Humboldt Bay is also a great place for growing oysters, but due to an inconsistency in the state’s regulatory structure, the bay is highly vulnerable to the threat of expanded shellfish farms.  Shellfish farms, when not properly sited and sized, harm birds through disturbance, displacement and habitat destruction, as stated in the Pacific Americas Shorebird Conservation Strategy. In 2015-2017, Audubon joined forces with Redwood Region Audubon, California Waterfowl, and Earthjustice to defeat a proposal for a massive expansion of shellfish farming in the heart of the most important intertidal habitat in the bay.

With this win, we saved 1,100 acres of eelgrass beds --fully 8% of California’s eelgrass. Eelgrass is one of the world’s most critical and threatened marine habitat types, as it provides food and nursery areas for fish and invertebrates, and food for birds, marine mammals, and more. Eelgrass helps to buffer against climate change by reducing ocean acidification, storing carbon, and protecting shorelines. The Pacific Black Brant, a beautiful sea goose, relies exclusively on eelgrass in its migratory journey between Mexico and Alaska.

“We fought side by side with Audubon California and hunting organizations to protect this special place for birds,” said Chet Ogan, conservation co-chair for Redwood Region Audubon Society.

In addition to harming eelgrass, aquaculture operations often negatively affect shorebirds, through alteration and degradation of mudflat habitat, and disturbances from vessel traffic and bright lights used on many vessels. Migratory shorebirds on the Pacific Flyway rely on a limited number of intertidal mudflat areas to feed and rest. Published studies have demonstrated it’s harder for birds to successfully migrate and breed when habitats become inaccessible due to pipes, ropes, racks, and bags, and when birds are flushed by maintenance activities as they try to rest and feed.

Now, the bay is under attack again by the aquaculture industry eyeing placement of hundreds of acres of oyster farms in the heart of expansive, nutrient-rich mudflats of Humboldt Bay. Audubon scientists identified specific locations in the bay where the industry could expand without harming birds, and we shared those recommendations with the farm proponents. But they chose to reject collaboration and compromise that would have resulted in a balance of wildlife habitat and shellfish farming in the bay.

In our fight to save these critical intertidal habitats for hundreds of thousands of migratory shorebirds, we found that we were lacking critical information on shorebirds, limiting our ability to advocate for these habitats. So Audubon teamed with the local chapter and Humboldt State University scientists to conduct focused studies to understand the abundance and diversity of shorebirds here.

The goal of the study—led by Dr. Mark Colwell and a lab team of early-career scientists—was to document the diversity and abundance of shorebirds over a full year in the bay. Surveys took place at approximately monthly intervals year-round in order to capture a picture of how the community of shorebirds varied in abundance.

The first survey, published in a peer-reviewed journal, found over 500,000 shorebirds of 32 species used the bay during spring migration alone. This was over five times the number of shorebirds previously thought to use the bay in the spring, based on a much earlier and less comprehensive study. The three studies combined found over 850,000 shorebirds used the bay throughout the year. “The diversity and abundance of shorebirds on Humboldt Bay is nearly unrivaled along the flyway. It really speaks to the global importance of the estuary,” said Dr. Colwell.

This qualified the bay for an upgrade from International to Hemispheric by the Western Hemisphere Shorebird Reserve Network. With this science in hand, we can better speak for these birds and preserve intertidal mudflats. Because the more we know about the importance of a place to birds, the easier it is to protect.