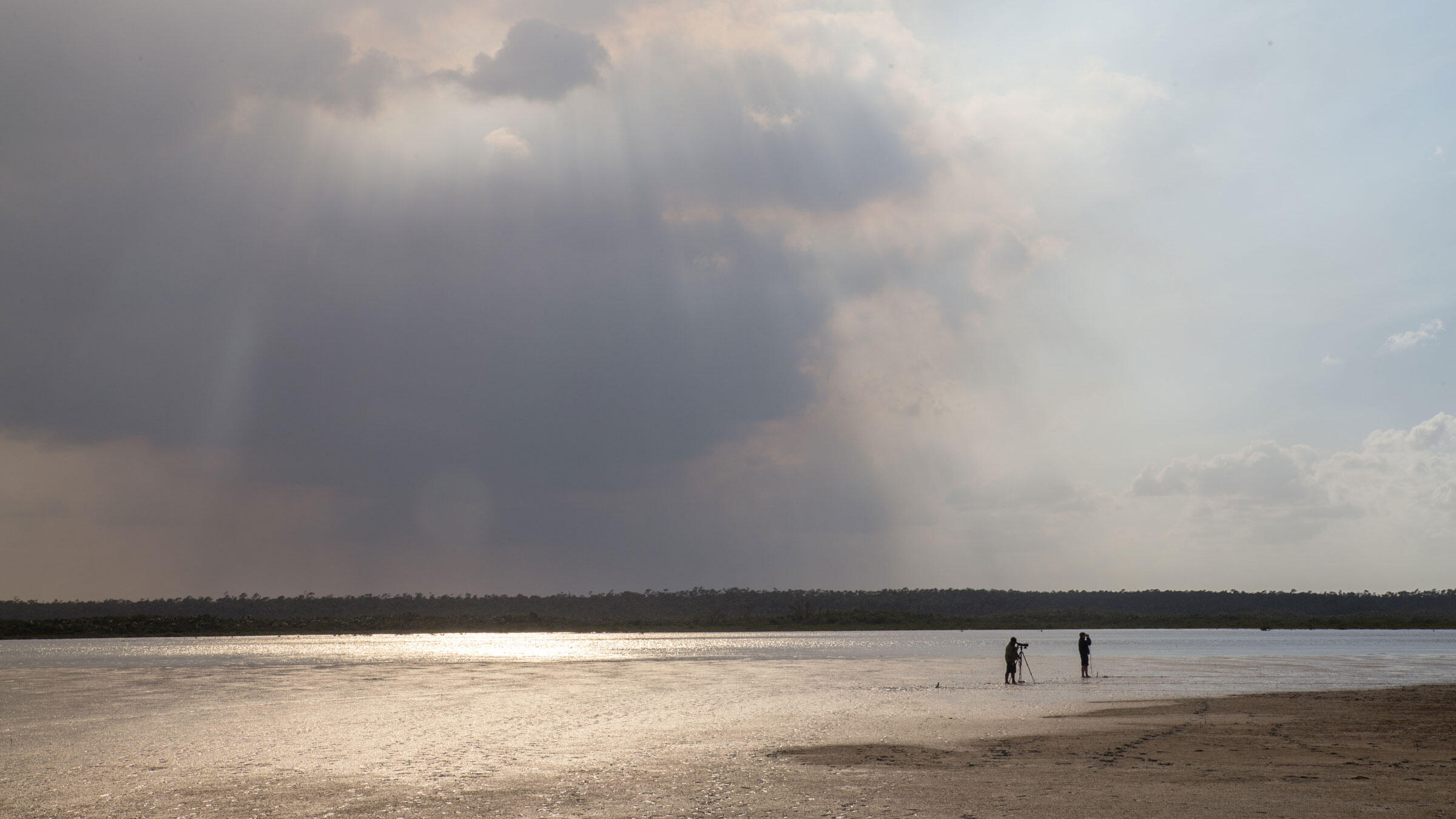 On Andros Island, the Birding Is Prime and the Crowds Are Sparse

A chain of small islands in the Bahamas, Andros is home to several endemic species, including the rebounding Bahama Oriole.

It becomes clear immediately upon landing on Andros Island that this is not the Bahamas that most tourists imagine. Instead of glitzy spas and decadent restaurants, Andros promises empty beaches, wild lands, and opportunities for intimate encounters with extraordinary birds. In fact, Andros is the only island where you can find six of the seven species endemic to the Bahamas.

But until recently, bird-seeking travelers had to go it alone when it came to locating elusive species like the Bahama Oriole, Great Lizard Cuckoo, or Key West Quail Dove. That’s changing, though, thanks to an innovative guide-training program that promotes conservation in Latin America and the Caribbean while creating economic opportunities for the locals.

This bird-based tourism initiative is led by Audubon, and among the Andros islanders who participated in the training are Carlene and Doral Woods, whose home near the north end of the island was in the path of Hurricane Matthew in 2016. As the couple and their children huddled in their living room in October of 2016, high winds ripped the roof off their home.

No one was hurt, but the damage was a reminder of just how vulnerable the inhabitants of this corner of the Caribbean are. That vulnerability also extends to economic matters. On Andros and other less developed Bahamian islands, roads are flanked by closed-down shops, and high unemployment has driven many talented young people away to seek better opportunities elsewhere.

Bird on the Rebound: Bahama Oriole

Until recently, researchers estimated that fewer than 300 Bahama Orioles remained on Andros Island, the only place the bird is found. In partnership with the Bahamas National Trust, the University of Maryland, and the American Bird Conservancy, Audubon is helping to reverse this oriole’s decline through research, conservation, and education.

Ornithologists had thought the bird nested only in coconut trees, which are declining on Andros due to disease. But in 2016, Audubon-trained guide Lehron “Roni” Rolle discovered an active nest, with two adult Bahama Orioles and several fledglings, in a Caribbean pine tree.

On following days, Rolle’s team found another nest in a thatch palm, and several more pairs of birds with territories in the pine forest. The discovery of pine-forest nesting overturned previous assumptions about Bahama Oriole breeding ecology.

“With the finding we realized that there was more habitat, and potentially more birds than anyone thought before,” Rolle says. “It was very good news for the bird.”

But Andros offers a wealth of opportunities for birders, and increasingly for guides like the Woods. Carlene is upbeat when I meet her at her now-rebuilt home, and she tells me all about the couple's recently launched bird-guiding business, which takes advantage of training and other assistance provided by Audubon and its partner the Bahamas National Trust (BNT), with funding from the Inter-American Development Bank.

Andros is actually comprised of a number of smaller islands, which are connected by a long straight road that runs nearly 100 miles down the east coast. Pine forests dominate the north, transitioning as I drive south to microforests, dry scrub, and mangroves.

Among the best sites for interior birds is Maiden Hair Coppice, which I visit with Scott Johnson, a science officer for the BNT.

“Do you hear that faint coo?” Johnson asks, as we make our way through short pines and thick undergrowth, dodging around poisonwood trees. “That’s the Key West Quail Dove, one of the most secretive birds we have. They love this thick stuff.”

Walking through a marshy area that’s still sooty from a recent fire, we hear the whining of a Red-legged Thrush, then spot it carrying nesting materials up to the treetops. We also catch sight of a Bahama Yellowthroat; later in the day I’ll see a Bahama Oriole, a Great Lizard-Cuckoo, and a Bahama Woodstar, an endemic hummingbird that sports a bright-purple gorget. Other uncommon birds include the Bahama Swallow, Key West Quail-Dove, and West Indian Whistling-Duck.

Piping Plovers dominate the beach at Young Sound, which I would explore later in the week with Johnson. Andros and nearby islands host a high percentage of the Atlantic population of plovers each winter. In the past 10 years, the population has gotten healthier due to a conservation strategy that has focused on protecting Bahamian beaches from a wide range of threats, including development, sand mining, and the spread of invasive plants.

This past year, the Bahamas Ministry of Tourism made it a national priority to promote Andros Island to birders. Now, bird-lovers are beginning to show up more often, booking hotel rooms and hiring guides. Birding is on its way to becoming a significant alternative for local economic development. 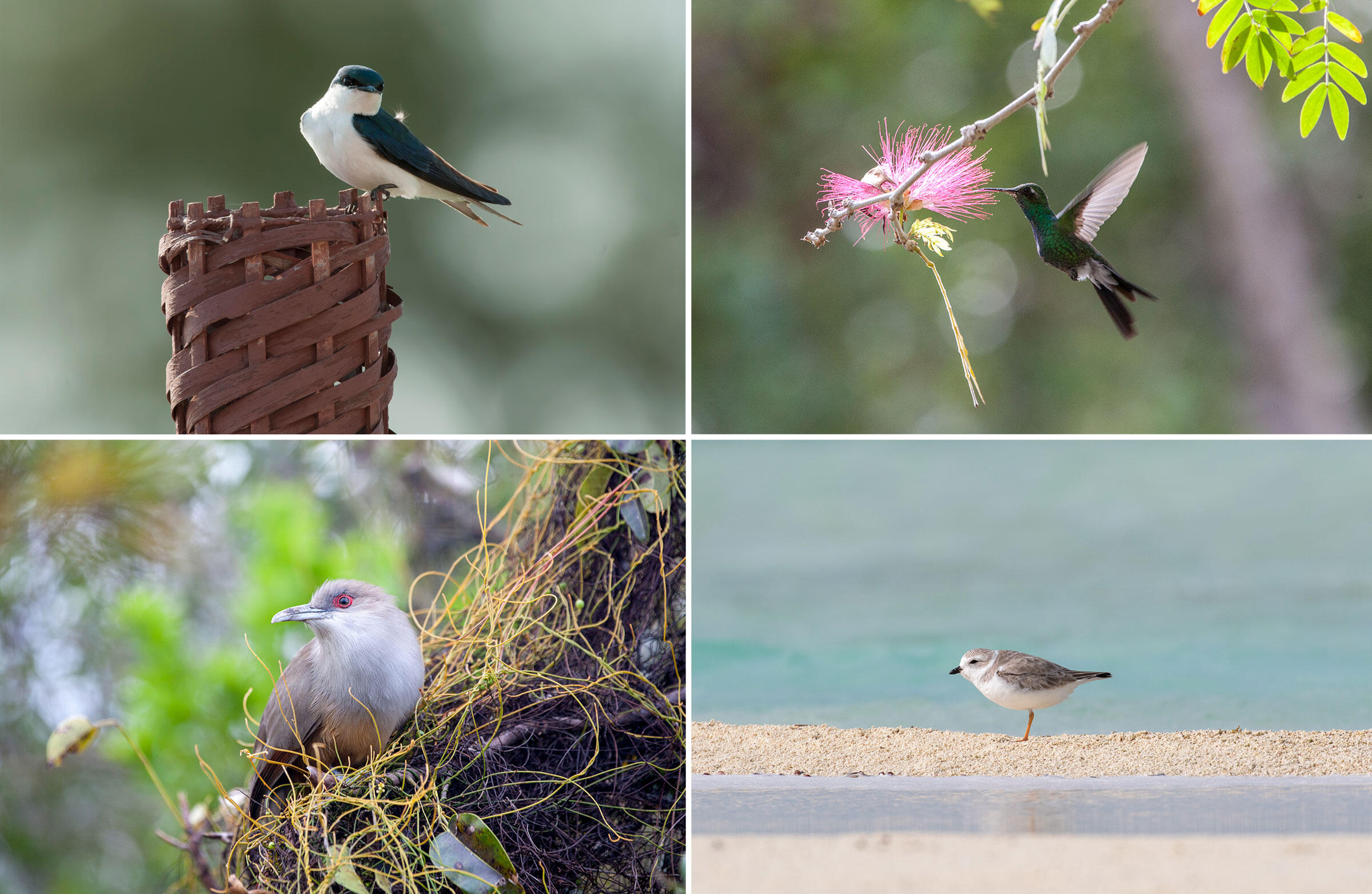 Carlene, who teaches at the local elementary school, says that she doesn’t expect the Audubon program to deliver results that will radically change the island’s economy right away.

“But we know that it’s viable,” she says. “We’ve got a website and we’re leaving fliers at all the guesthouses, and we’re getting clients. Now other people on the island are asking when we’re going to do more training. They want the skills.”

Carlene tells me that she’s optimistic that the coming years will be good ones.

“That hurricane was pretty tough,” she says. “But the next day a Painted Bunting flew into the yard and started singing the most beautiful song. That was really a mood-brightener!”

Getting there: There’s a lot of land to cover on Andros. One strategy that allows you to explore multiple points on the island is to fly out of Nassau in the morning and return each afternoon.

Expert local guides are available on North, Central, and South Andros. Arrange an Audubon-trained guide here or email bahamasoutdoors@gmail.com to get in touch with a certified guide.

If you haven’t arranged a guide in advance a rental car is essential.

Make a plan: This suggested Bahamas itinerary brings you to several distinct habitats that collectively provide an excellent representation of Bahamian birdlife, including all of the endemics and West Indian specialties in the country.

Don't miss: Andros is also famous for its blue holes—collapsed sinkholes that can be extremely deep and connected to the ocean.

What to eat: Crab and rice is a must-eat dish, but restaurants often run out before lunchtime ends, so get there early—unless you’ve timed your visit to coincide with the annual Andros Crab Fest in mid-June.

When to go: Late fall or early spring offer the best mix of migrants and island birds.