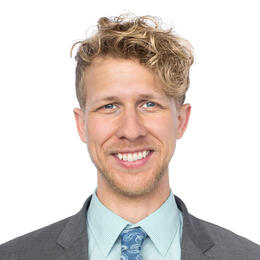 A light west breeze stirs thick, salty air. At barely eight o’clock, the day’s heat has begun to build already. Swallows flicker over the beach in scores, heading into the wind, and down by the listless sea, in ones and threes, mill Willets and Piping Plovers newly arrived from far away in the continent’s interior, and Sanderlings from farther still, high in the Arctic, where some had been down-covered chicks only weeks before. 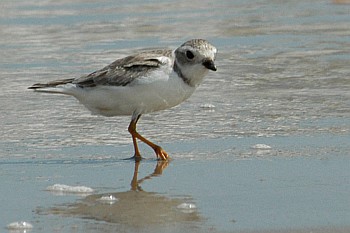 It was they – the shorebirds – we had come to find, we being I and Dr. Erik Johnson, Audubon’s conservation biologist for the Gulf Coast and Mississippi Flyway. Cameron Parish, Louisiana, was our destination; our goal, to establish four new survey sites for the Audubon Coastal Bird Survey. The survey – a citizen science program in the fine Audubon tradition of Christmas Bird Counts and other such activities – is a new one, having begun last year in Mississippi and Alabama during the BP oil disaster.

Erik and others are now expanding the program across the Gulf Coast, aiming to collect coastal waterbird data during the fall, winter and spring and to use these data in understanding regional population trends of birds at risk along the Gulf Coast. The survey protocol meshes with the International Shorebird Surveys (ISS), a primary tool for understanding migratory shorebird populations. International Shorebird Surveys have historically been lacking along the Gulf Coast; Audubon Coastal Bird Survey data will help fill that gap. 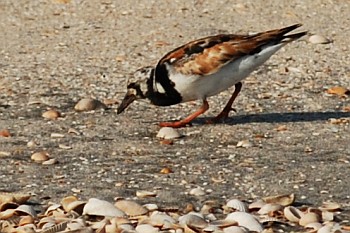 As we trek down mile after mile of beach, the sun getting more ferocious but the breeze keeping life bearable, we tally Snowy Plovers hiding among cans and bottles in the wrack line, and Ruddy Turnstones probing brown algae and empty shells in their relentless search for food.

My mind wanders … these birds and their journeys fill me with awe. I remember the first time my tender eyes and ears took in the bounty of the Gulf Coast and its birds. I remember seeing these birds – Sanderlings, Black-bellied Plovers, Piping Plovers – on mudflats in the Midwest, forced out of the sky well shy of the coast by hunger or exhaustion. And I remember heartbreaking scenes during the oil disaster: birds oiled, birds dead.

These indomitable bits of muscle, keratin and hollow bone have found their way in the world for eons, performing feats we can’t begin to imagine, and yet now, they are slipping away. Quietly. Mysteriously. Steadily. Will enough of us start to care before they are gone altogether? 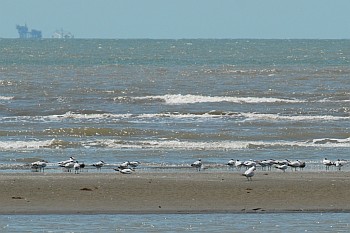 Malingering juvenile Royal Terns keep up their high-pitched begging, despite being at least the size of their parents, who still carry fish to fill their offspring’s pale orange bills, quieting the begging, if only for a moment or two.

These late-summer concentrations of Royal Terns and Laughing Gulls contain other species in smaller numbers, and we pick them out carefully: two Sandwich Terns here, three Black Skimmers there, two of them born this year. Five Black Terns fly by; we lose count of densely packed Laughing Gulls, but nobody minds.

And down the beach is another scattered flock of birds. What’s next? On we go. 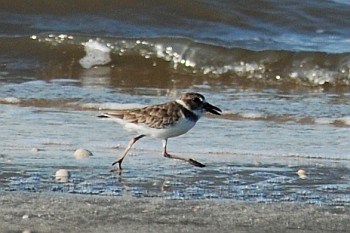 If you would like to participate in the Audubon Coastal Bird Survey on the Gulf Coast, you can register online.